This is a little wall hanging that I made for my mom. I purchased the center panel with the fish over Christmas because I thought she would like it and it took me forever to figure out what to do with it. For the longest time I was thinking of doing a square border around the whole thing, but my mom doesn’t like circles or squares at all in quilting. Ironically those are the very things that made me interested in quilting in the first place. 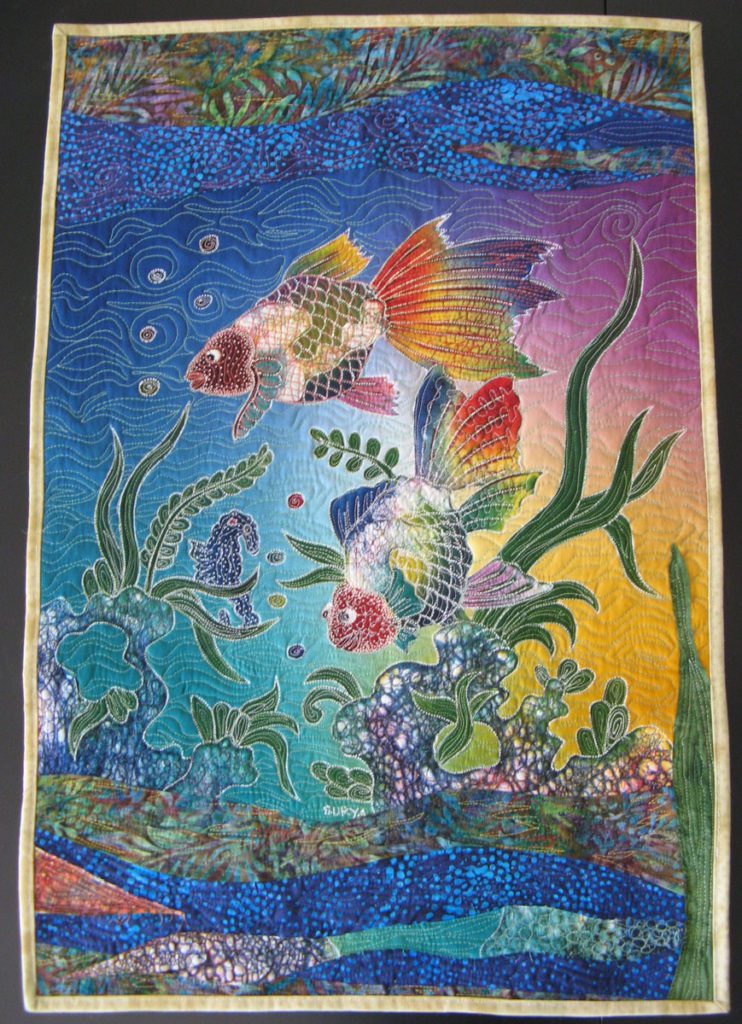 I did some curved piecing and rough edge applique pretty much for the first time for the upper and lower borders of this quilt. I also got to practice a bunch of different types of free motion quilting. 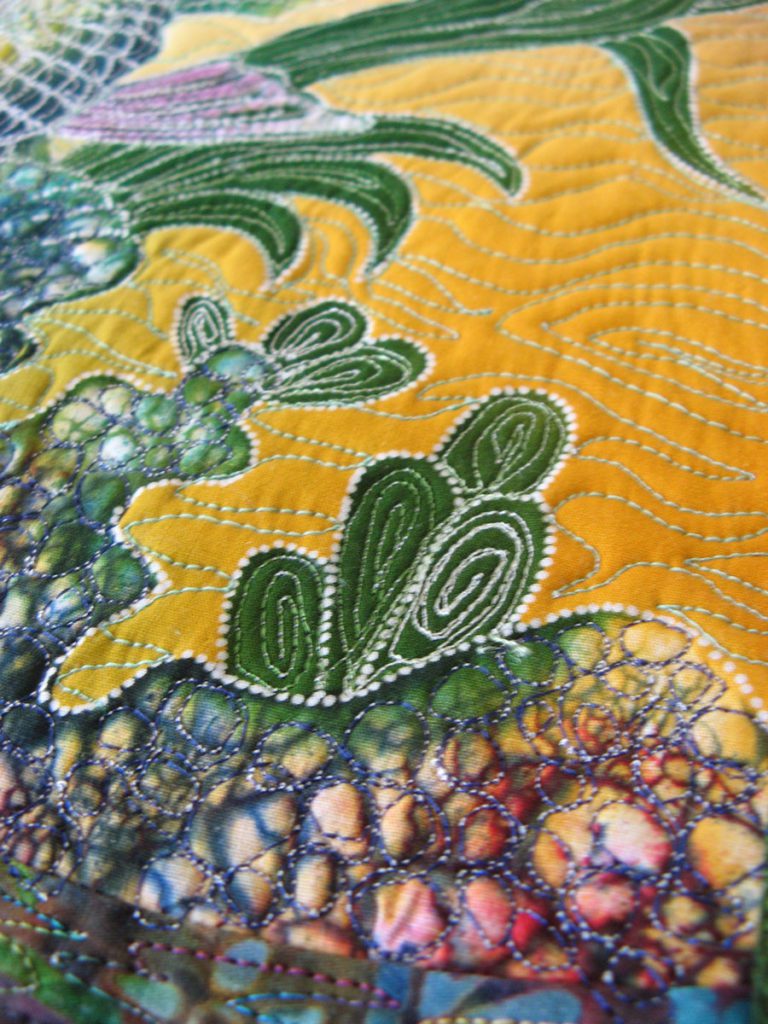 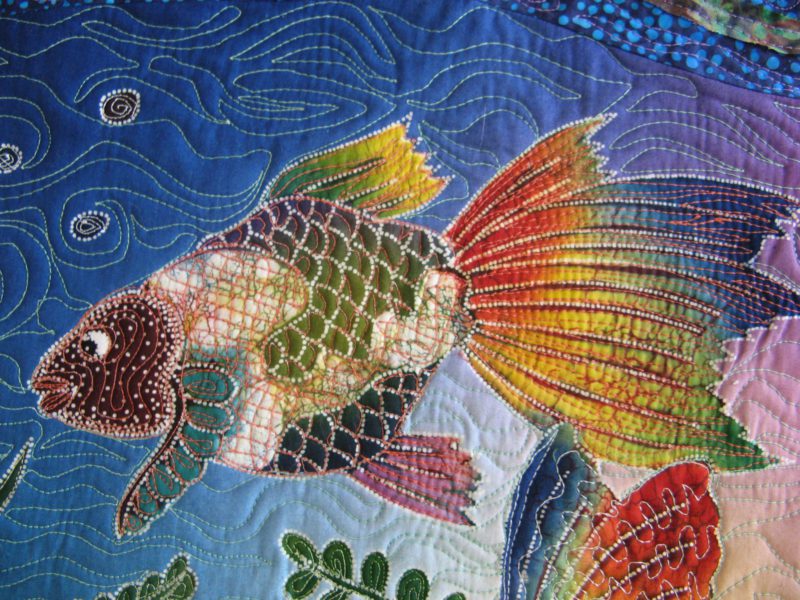 Overall, I was really pleased with it. It’s nice when something turns out. Unlike the potholders I tried to make today. Grrr…

I also worked on my row for the row robin quilt swap. This month’s row is for Bobbi’s quilt. Her design inspiration is modern quilt patterns with blues and greens. I decided to do wonky log cabins for this row. 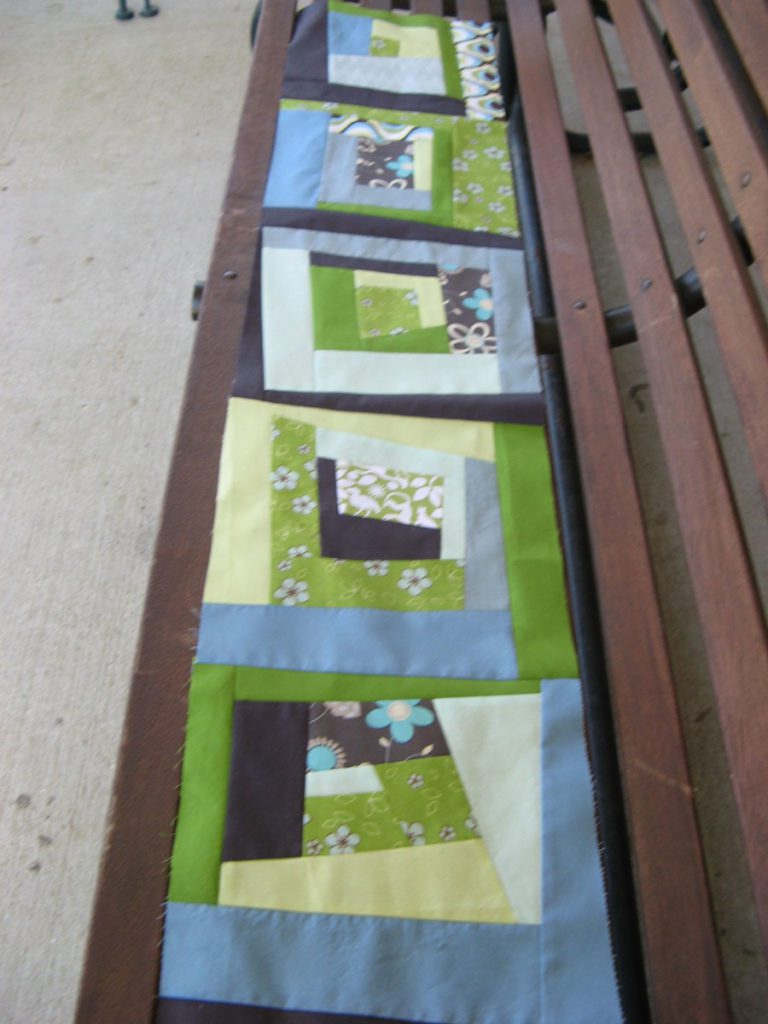 I’ve been wanting to do some and it enabled me to search through my scraps (Bobbi encouraged that). I had a hard time at first liking the blocks because I am used to parallel lines (there’s my math background). But once I figured out the right layout for the blocks, I was really happy with the row. I hope that Bobbi likes it. She’s the one who has to live with it! 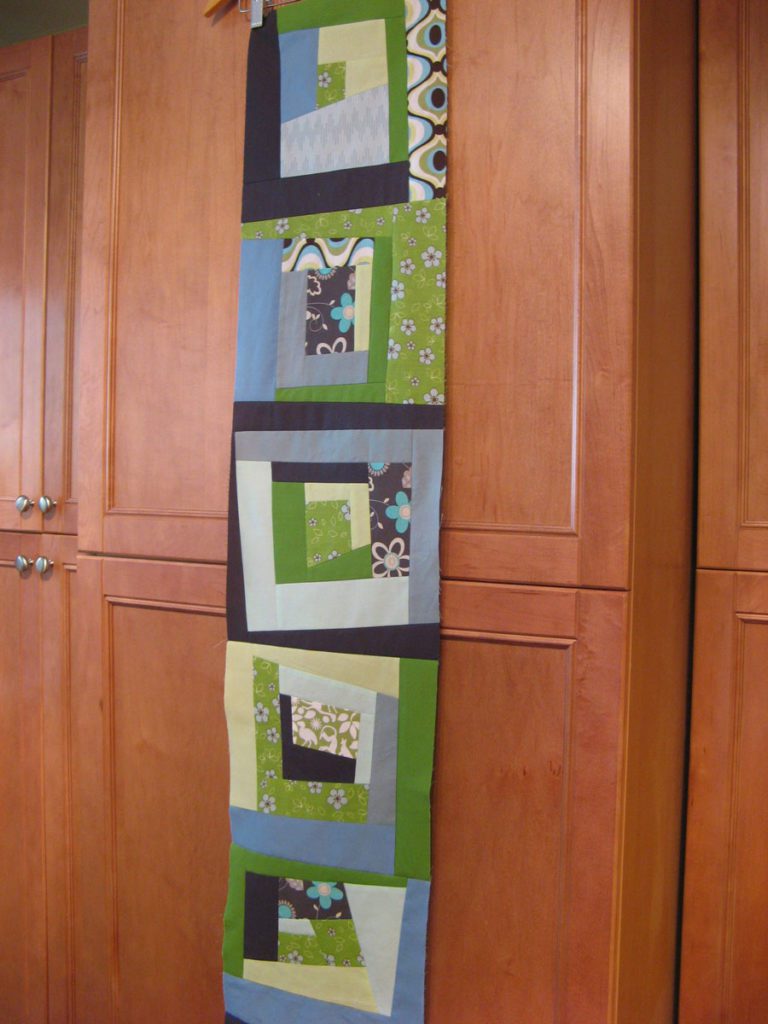 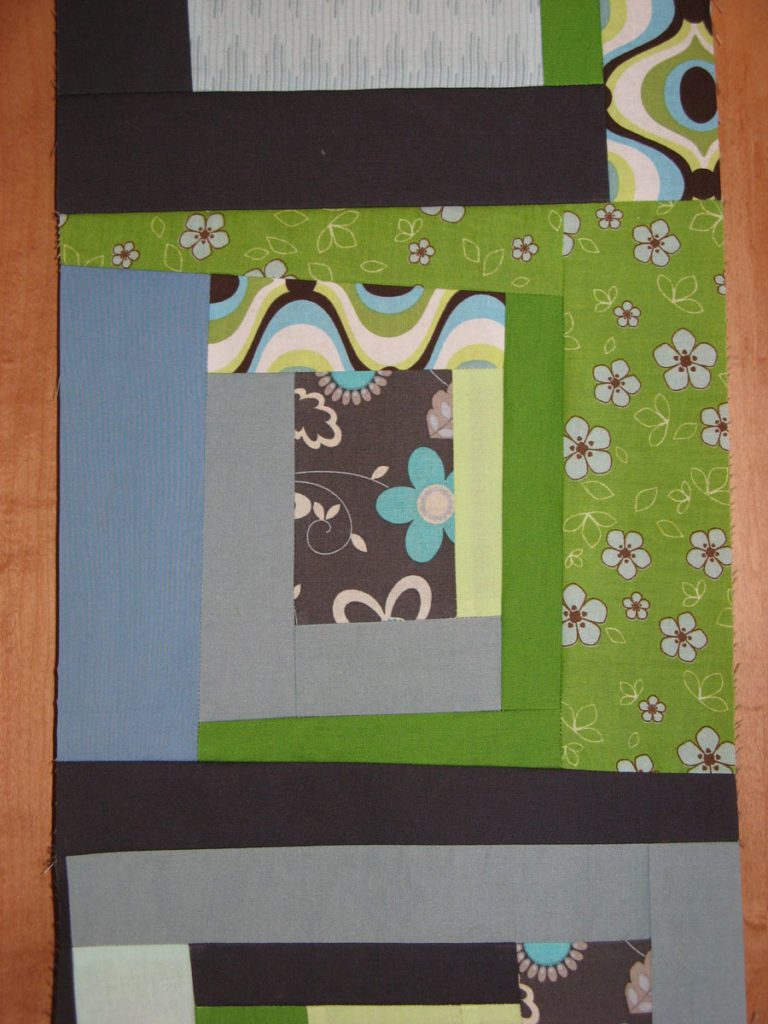 As I mentioned before, I tried to make some potholders today. That didn’t go as well as I would have liked. One is literally in the trash can now. I might be able to salvage the other one. I’ll post pics if I do. I felt like my sewing mojo was off, so instead I decided to try another quilt. (slaps head…) Like I need another quilt project. But I had all these scraps out and I didn’t feel like putting them away. So I’m going to make a Chinese Coin Quilt instead. Just a little one, but still. Yes, I’m nuts. It’s official.

Oh and I got a wonderful package in the mail today filled with bunches of lovely fabric I ordered. They were massively on sale (hence the splurge) and I was so excited to see all of them! 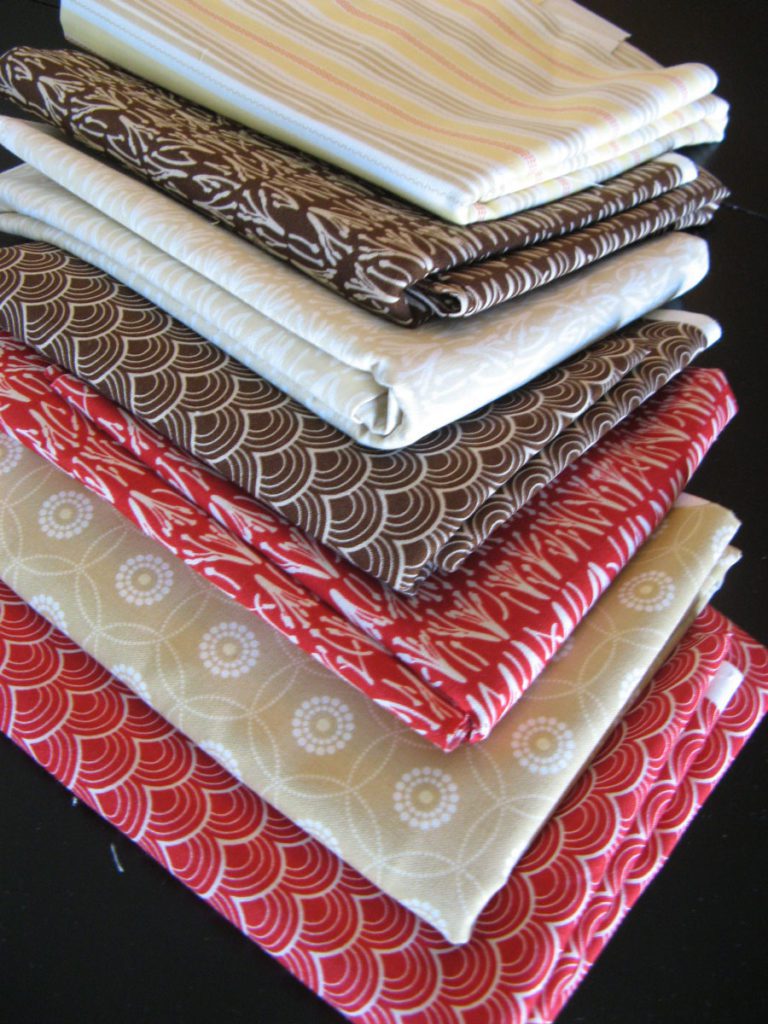 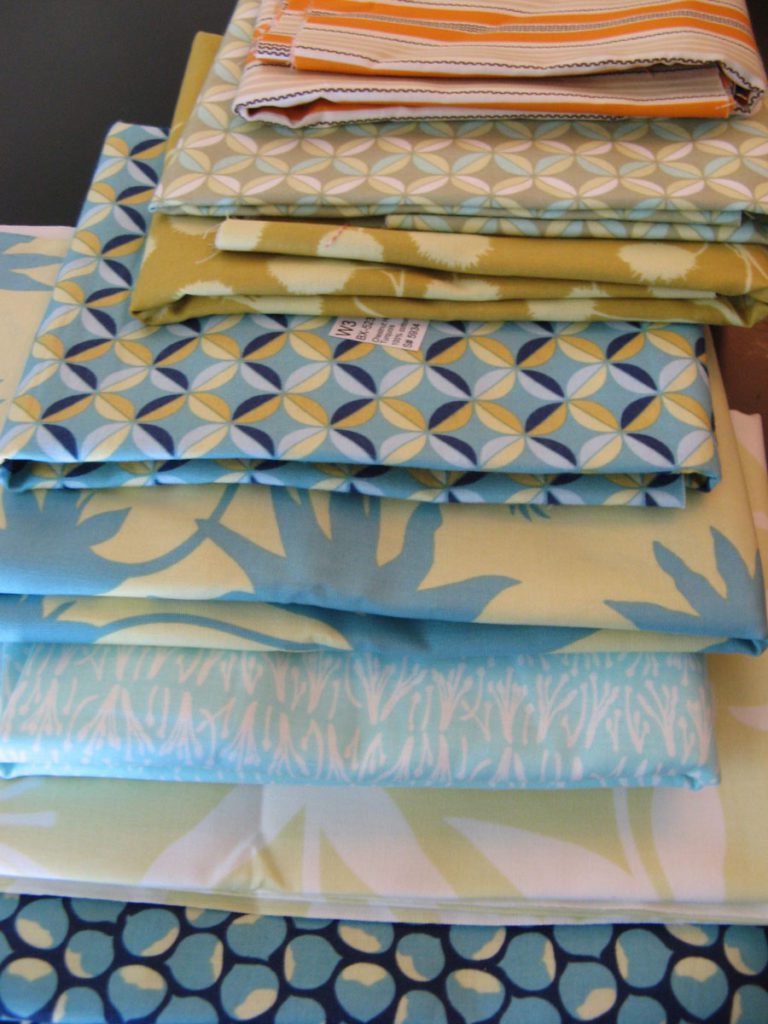 4 thoughts on “Keep on Stitching”