I was thinking about doing this post in a few days, but I really feel as though quilting-wise that my year has finished. Any work that will be done at this point counts towards next year because I’m not starting and finishing anything in these next few days…especially not with my very sick little one who is so miserable right now. 🙁

My mosaics include a sampling of what I’ve been working on this year. There are other things that I will show you sometime in the future, but for now, enjoy these!

First off, a mosaic of some of my favorite bee blocks that I’ve made this year. Yes, I went a bit insane when I started this year and signed up for a lot of bees. So I have a lot of blocks to choose from. LOL. So if the block I made for you is not on here, it’s just because the mosaic was already ridiculously large and your block may have been very similar to another one ( a lot of people wanted house blocks and nine patch variations!) One advantage of being in this many bees is that you certainly see what the trends are and you see what the really original ideas are. Both are interesting and exciting to take part in. 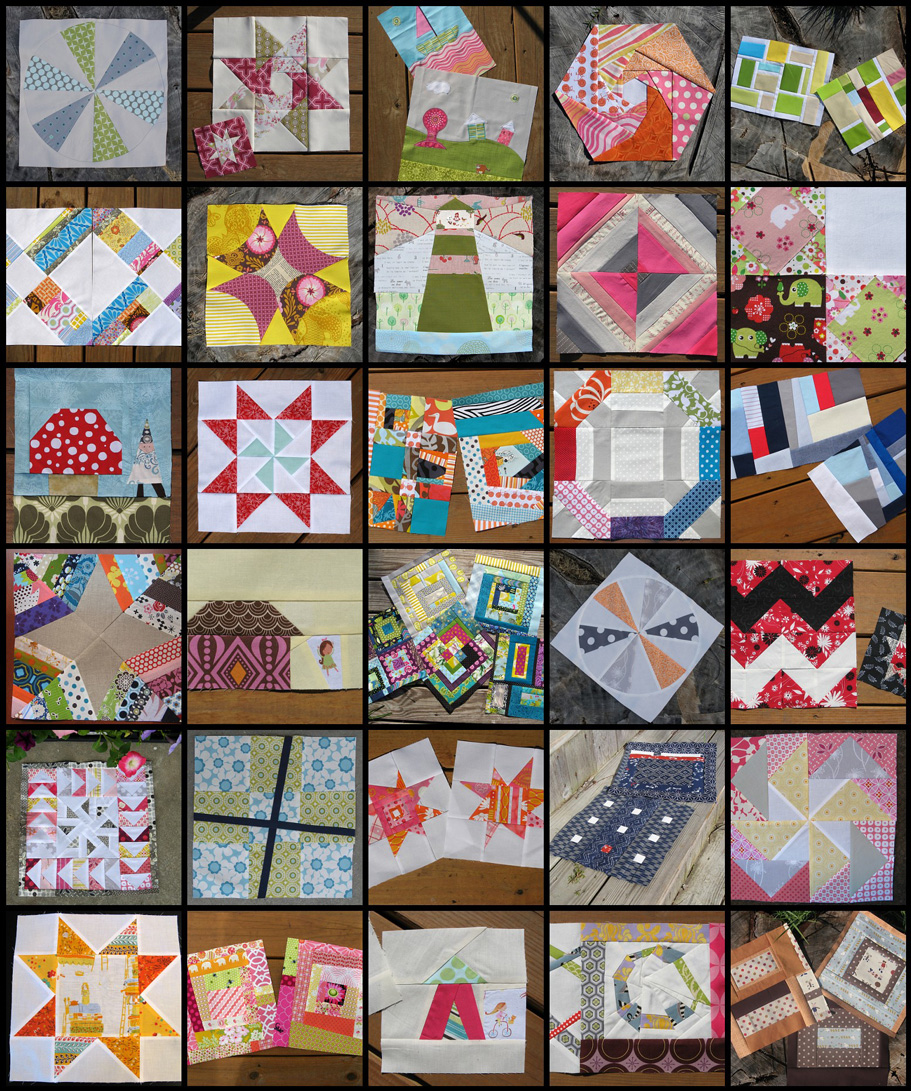 I was and am in a number of different themed bees…you can see all of those on my sidebar. So if it seems like there are a lot of pink and red blocks…well, there are! I’ll admit that my favorite bees are the ones where people only ask for one block and give you a bit of a challenge. It stretches me but doesn’t overwhelm me because I only have to make the one block. (hint hint to all those out there in bees! You will probably get a better block if you only ask for one. Not universally true which I can, unfortunately, attest to, but it is often the case.) I definitely have my favorite blocks among those? Do you? 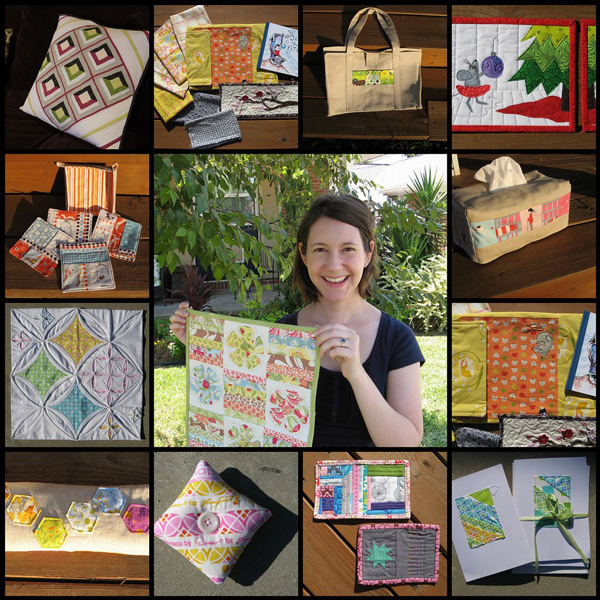 And finally, here are just some of the things that I’ve made this year…and again really just in the last six months. LOL. I’m very proud of these items and hopefully, the owners are pleased to have them. It was noted on Flickr that I actually don’t own a single one of these items. They were all made for other people. So it’s a good thing that I took lots of pictures. These are pretty much the same swaps as the list above where I received so many wonderful things. My only sadness is that there are not nearly enough finished large quilts. Many have been started but few were finished. So hopefully you will be seeing many completed quilts in the near future. I need to start knocking those out of the park. And yes, I think most of those are all for other people too. Maybe one is for us. LOL. But for now, this is a lot of what I’ve made. Again, I have my favorites…do you? 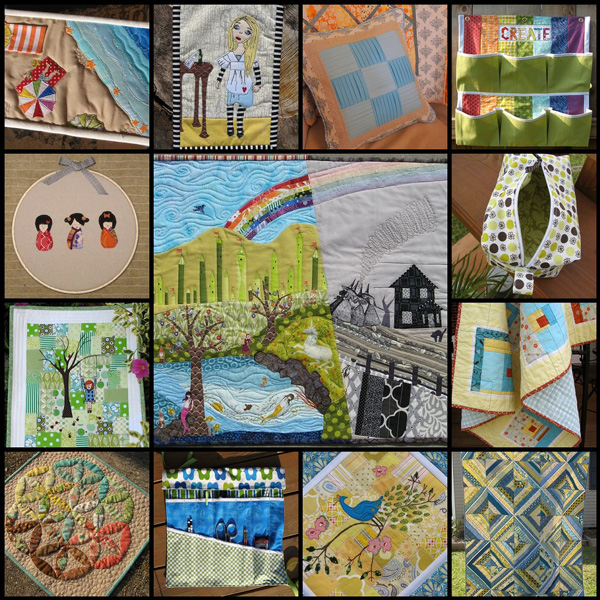