The Bee Modern Swap is coming to a close…just one more month left. It’s been bitter sweet filled with fabulous fabrics and interesting ideas, but lots of lost members for who knows what reason. I don’t want to judge, I’m sure that they have very good reasons for not being around anymore. It’s just that no one said goodbye. They just sort of dropped off the face of the group. So now that we’re near the end, we started with 15 people and I think we have 8 left. My month was towards the middle of the swap, so I only missed out from two people I think. But now, the poor ladies at the end don’t have as many people to make blocks for them. So I’m going to do my best help make up for that. Stephanie made it easy this month by asking for log cabin style blocks and sending a ton of delicious fabric strips. I had a great sewing day and my little one cooperated long enough for me to finish five blocks Stephanie. And darn if I didn’t enjoy every last one of them.

Stephanie posted 4 different blocks as inspirations and I wanted to make her one in each style and then see what I had left and make some more. I thought I might have to add some fabric, but I only added one strip to one block! That’s how much she sent!

The first one I made is a modified bento box quilt. I want to have one of my bees do bento box blocks for me, so this was good to see if it would be too difficult. I don’t think that it will! 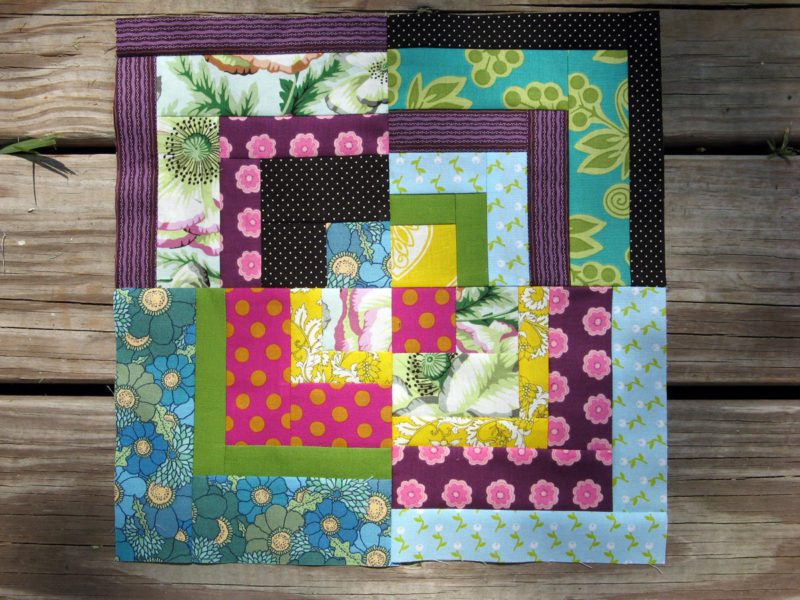 Then I made a scrappy but fairly traditional log cabin block…this one might have been my favorite. I just flew right through it. 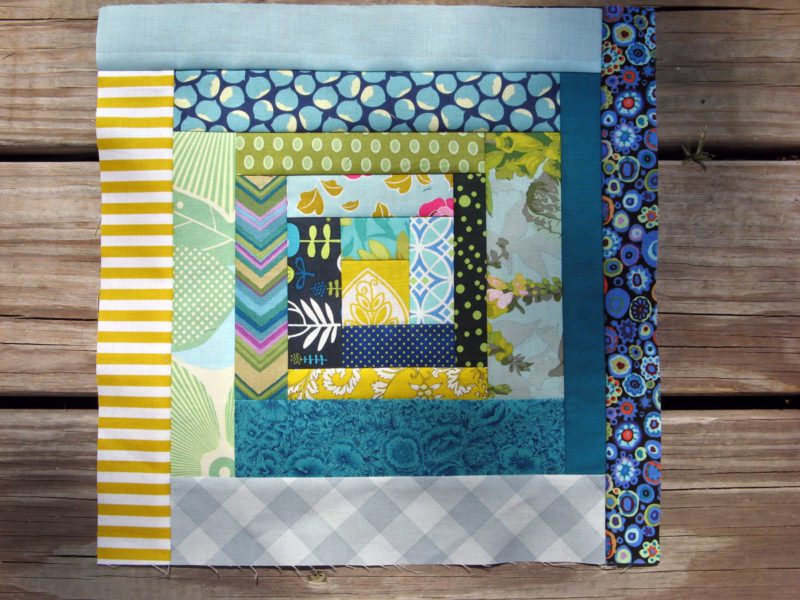 Next I made this block of four smaller log cabins and put them together. It was fun to make…similar concept as the bento box but a completely different look! 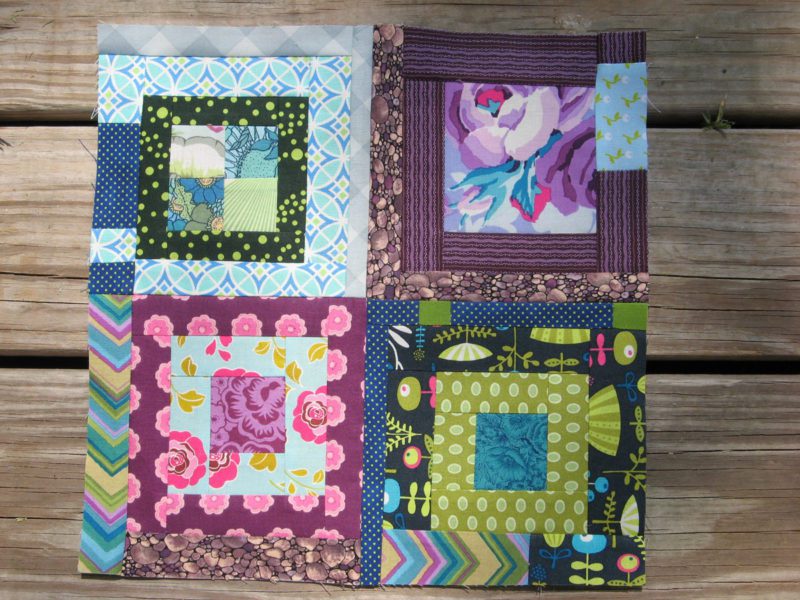 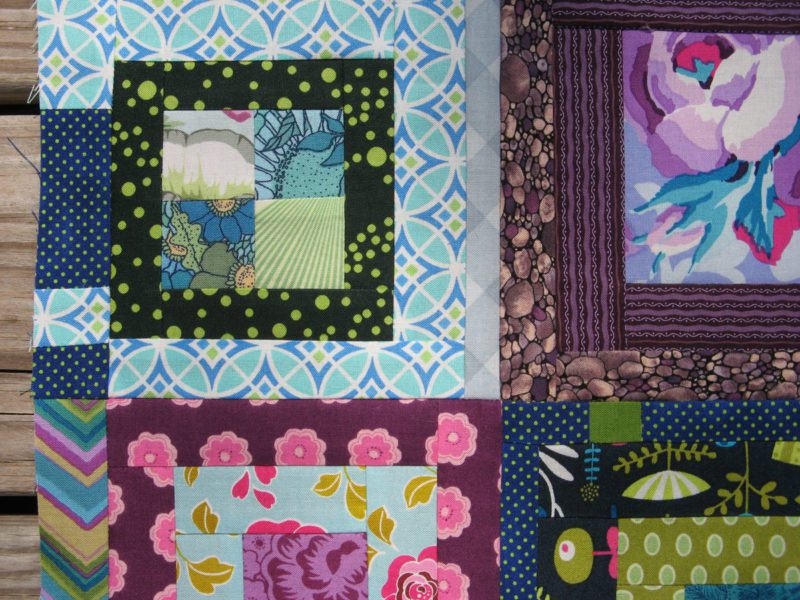 She had sent along these wonderful fabrics with grey and citron and I set them aside so I could put them together in one block. Then I realized that I needed an accent color…and the pale blue was just perfect. 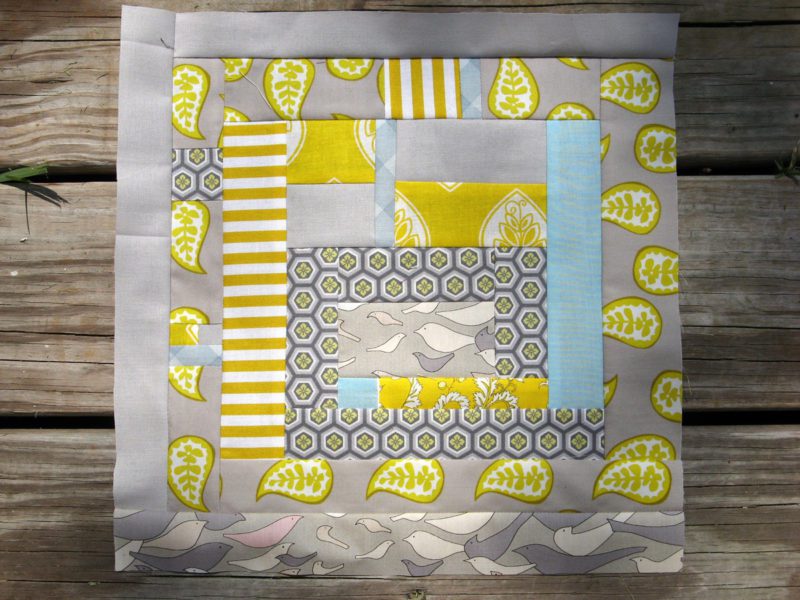 The last block I put together with all the scraps I had left. I had set aside some black polka dots for this block and used them as thin separators for odd sized log cabins. I was inspired by a block someone made for me for my month when I asked for log cabin style blocks…although the one I made was much more scrappy. 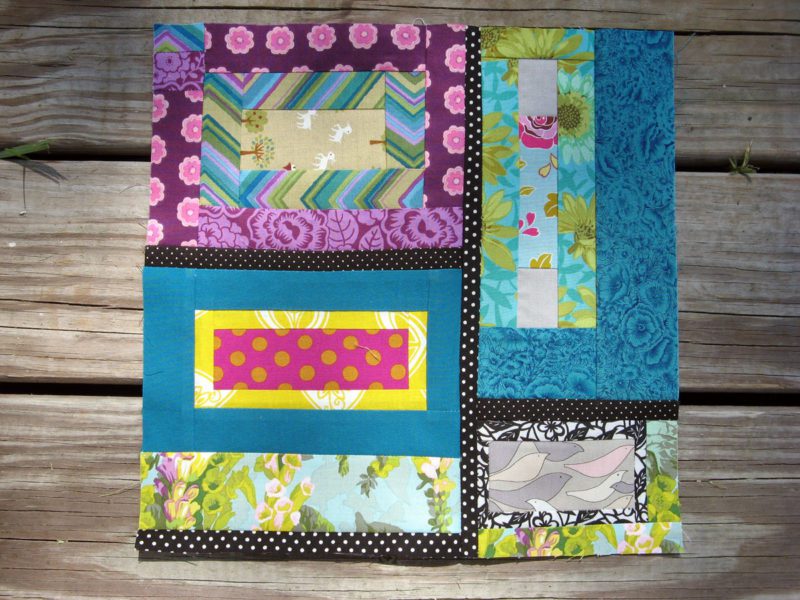 So many pretty blocks! I just love the yellow and white stripe fabric in these! Must find it! 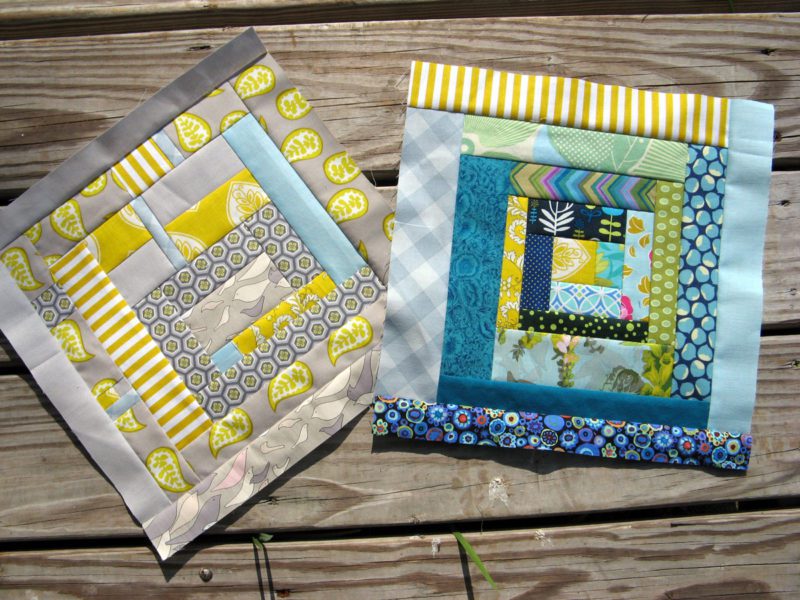 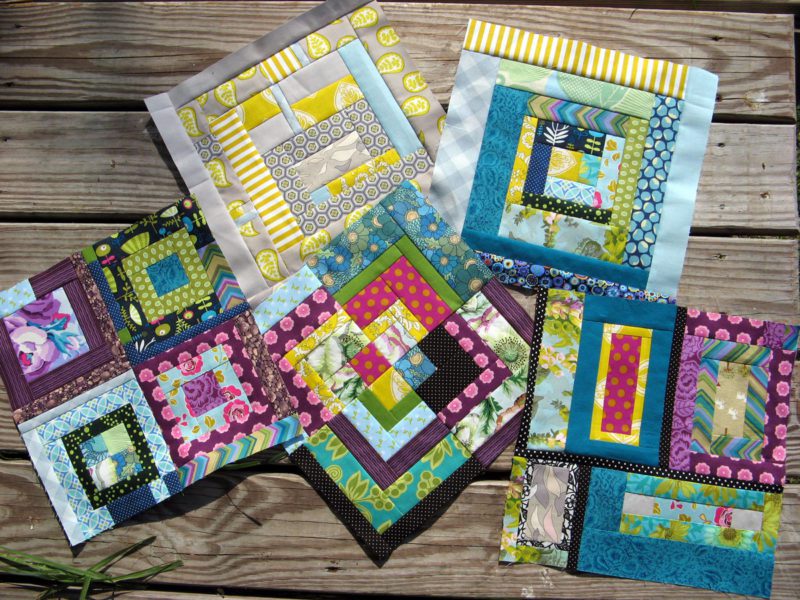 They were all begging to be photographed with the flowers, but I only had the patience to do one. 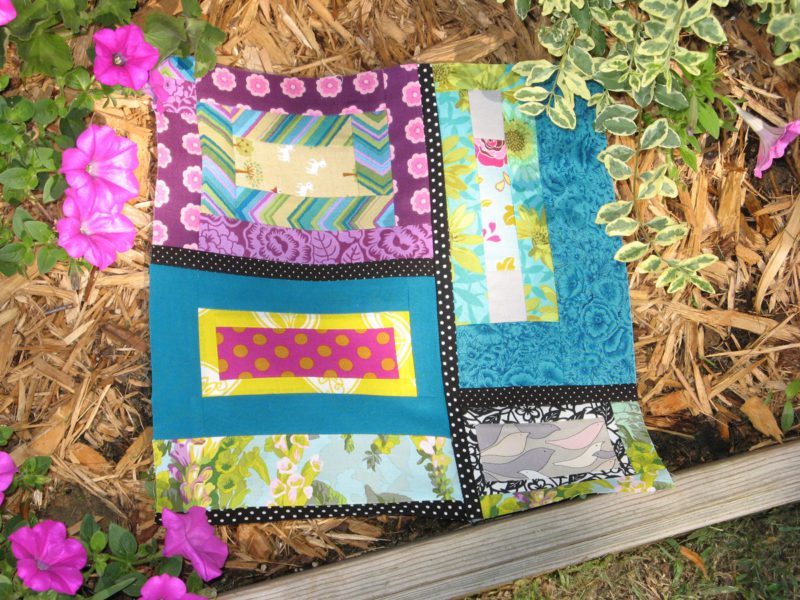 I’m still working away on my paint box quilt. I cut the strips for the sashing for the top. I still don’t have my layout all figured out yet though. I tried laying it out once and I felt that you lost the multi colored aspect of it. So I’m going to try another layout after I piece some of the sashing on the blocks.

And I got this month’s pretty in pink fabric and it’s sooo cute and fun! Ironically she too wants wonky log cabins…so I should be able to whip those out pretty quickly. I’m quite familiar with the technique right now. LOL.