Well I’ve been sewing every day I think and I still have a mountainous pile of things to get done…quilts to finish and start! Clothes to make and mend… Bee blocks to send out…swaps to finish. Oh, the craziness of my sewing world.

Sadly I was late with November’s block for Amy for the Pretty in Pink Bee. November just got away from me with us going out of town for Thanksgiving. But I did manage to get them out just a few days into December. I felt a little rushed on them, but Amy is very sweet and says that she loves them. I personally like some of the other blocks that were made for her much better…but that’s okay.

First off, I made a little hilltop scene (did I mention that Amy wanted house blocks and coordinating blocks?) with two little houses, a tree, the sun and I snuck a raccoon in there as well. 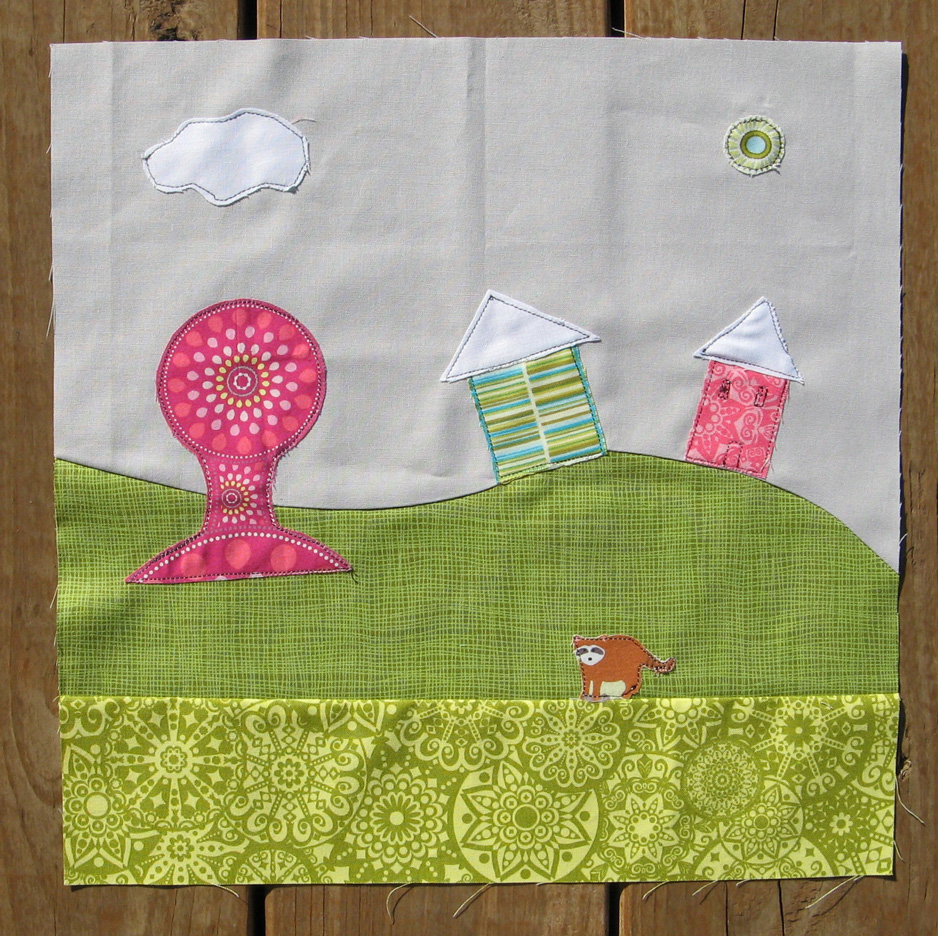 I also made a little sailboat on the water. Again that fabric was just speaking and telling me what to do. 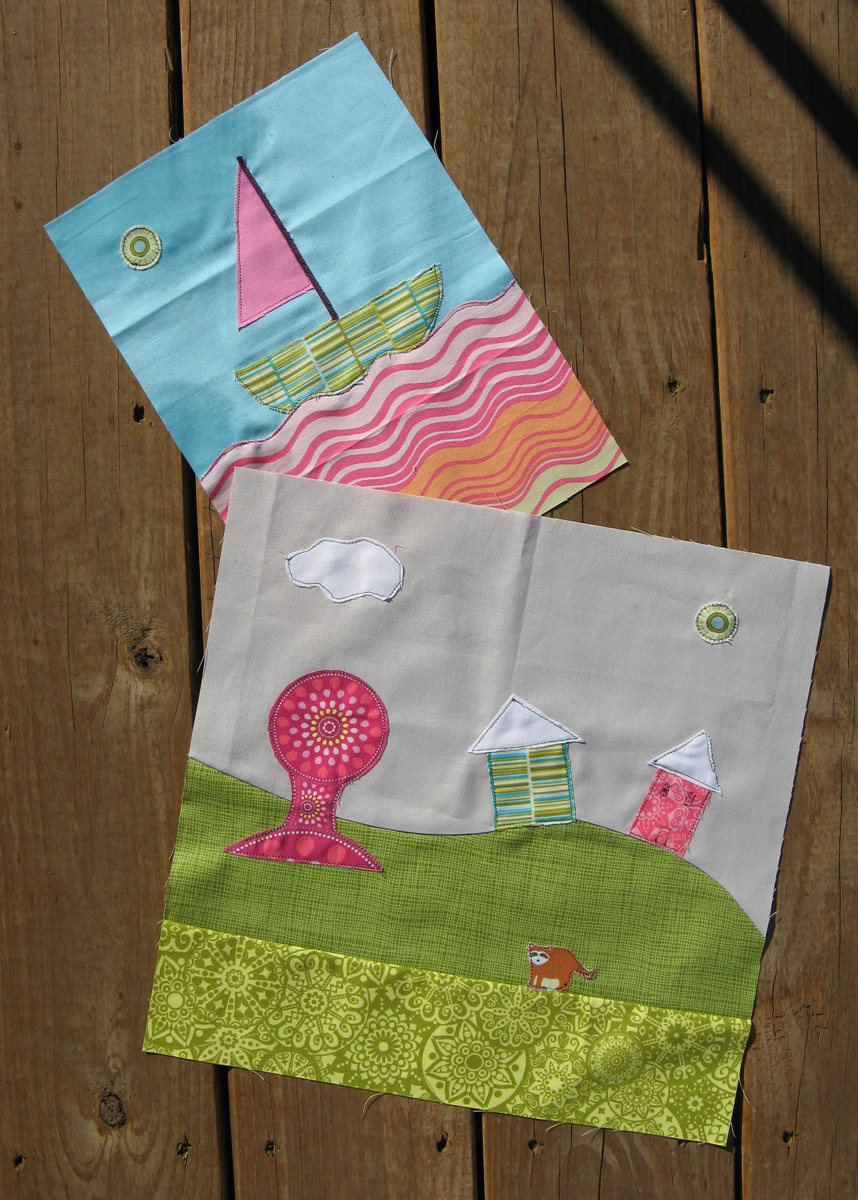 Then as it turns out, Pretty in Pink is the only yearly bee of mine that wasn’t taking December off. Don’t know how I missed that…but it’s okay because guess what?! I already finished and mailed of those blocks to cilvee! Woohoo! I was determined to get back on my normal overachieving schedule of being one of the first ones done in any given month. cilvee wanted star blocks of any size and design and sent us the lovely pinks from Joel dewberry’s modern meadow. sigh. I think that I could live forever in Modern Meadow. I like it every time that I see it! anyway…enough of my obsessions. 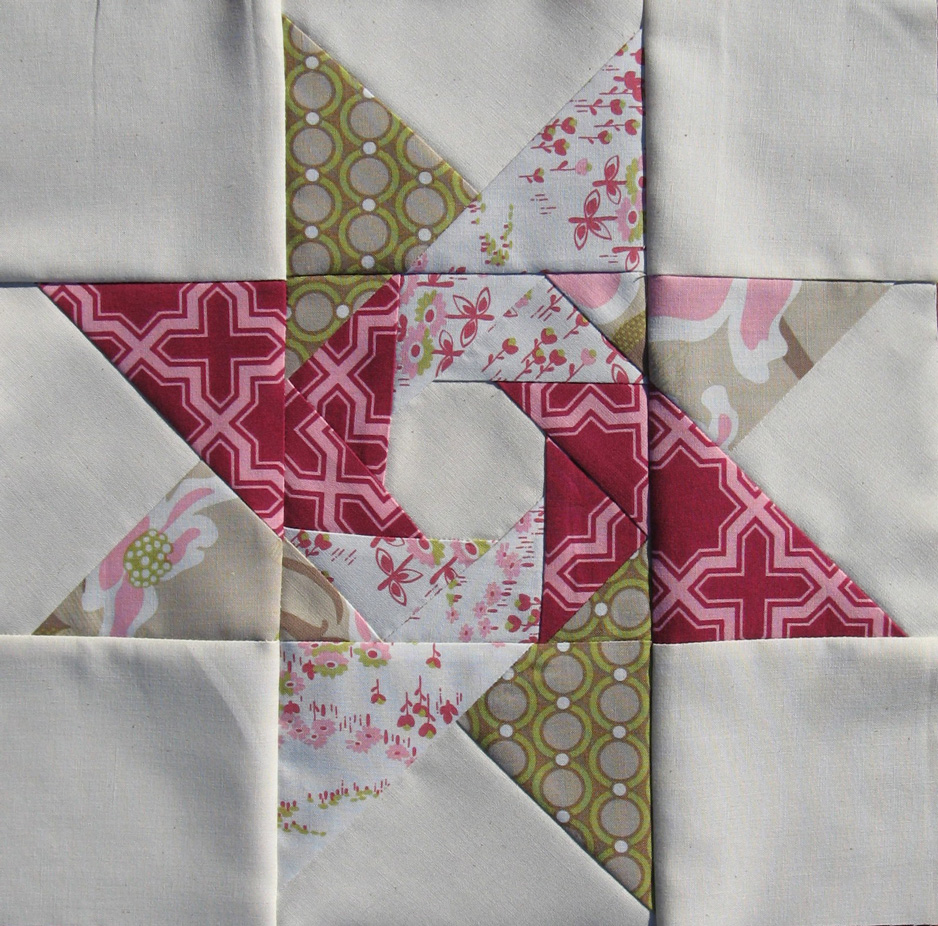 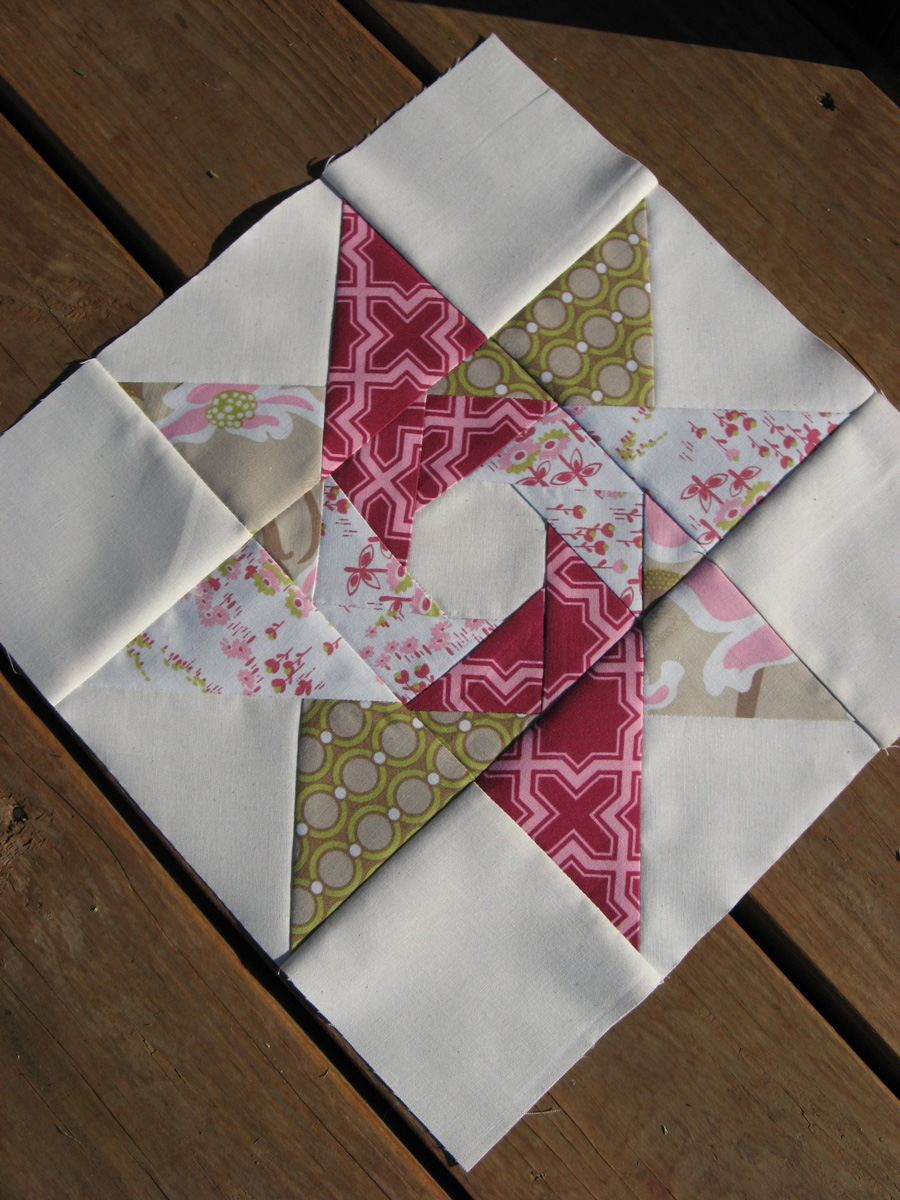 I also made her a smaller wonky star block from leftover scraps. I like how the dark background works against the lighter star fabrics. 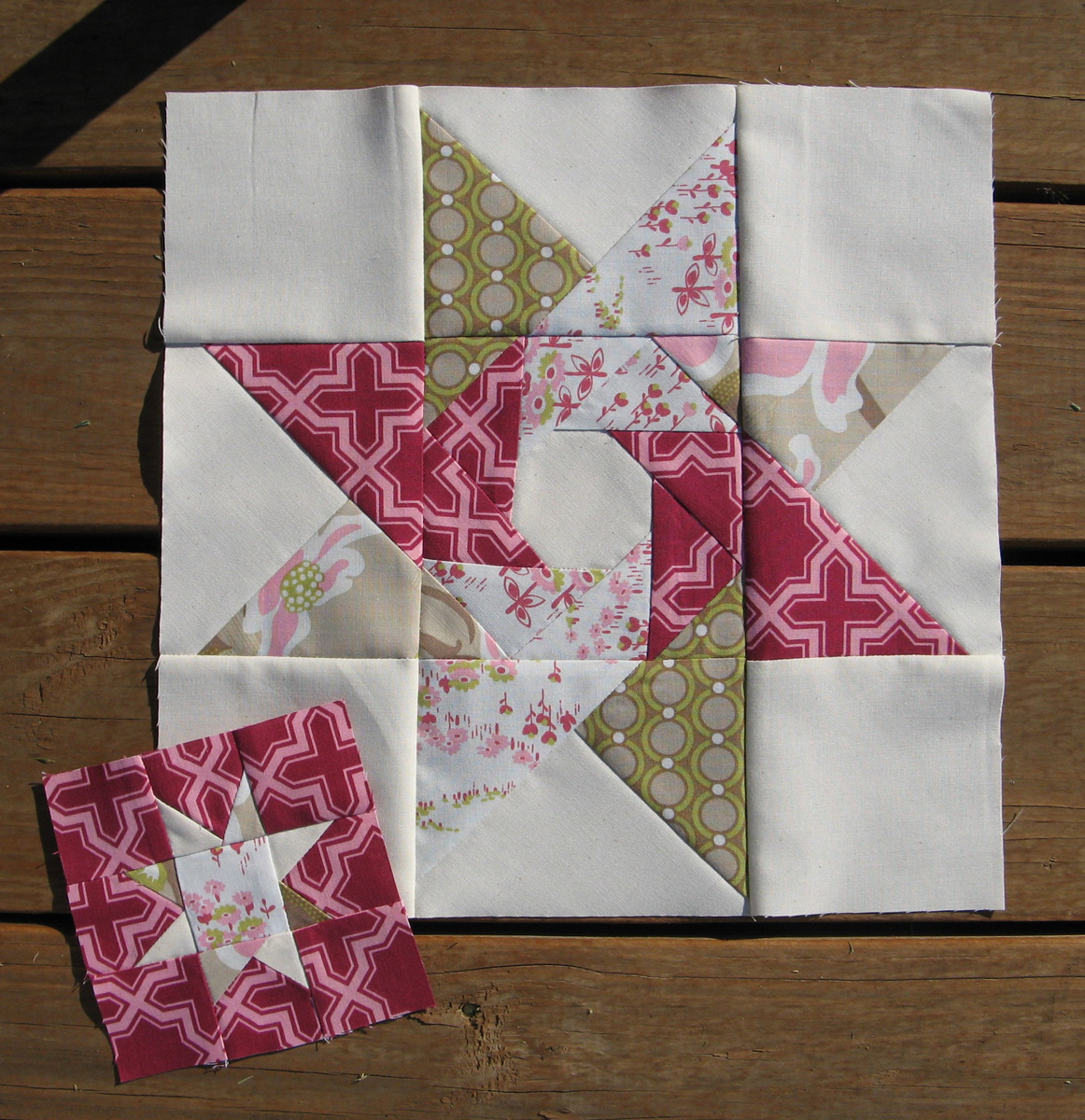