Today is officially Mardi Gras! Or Fat Tuesday! Or the day before Ash Wednesday! lol. This means that this city has been in official party mode for over two weeks. Oh, did you think that parades only happen on Mardi Gras day? Well, let me tell you…they don’t! They happen ALL THE TIME!

We’re a little worn out from life in this house right now. So I’ll confess that unlike many of my fellow city dwellers, Mike and I only made it to one parade (well two and a half but they were all on the same route). But we went to my favorite parade…Muses! AND! We went with some fabulous members of the New Orleans Modern Quilt Guild and their long-suffering husbands. Teehee! Poor fellas. They love us but we do drag them here or there and make them wonder why we could possibly need yet another piece of fabric. I think they should start their own support group!

Kaelin, Karen, and I got together for the Muses parade on Thursday night and during part of the evening, we had a now-rare 🙁 Mandi sighting! and Lana joined us. So that is actually 5 out of the 6 of us who were all on our retreat together last fall. Pretty cool! (Cherie lives farther away, but don’t worry, we caught some things for her!)

Here is me, Kaelin, and Karen near the beginning of the parade. (We took a pic afterward with even more of our loot!) 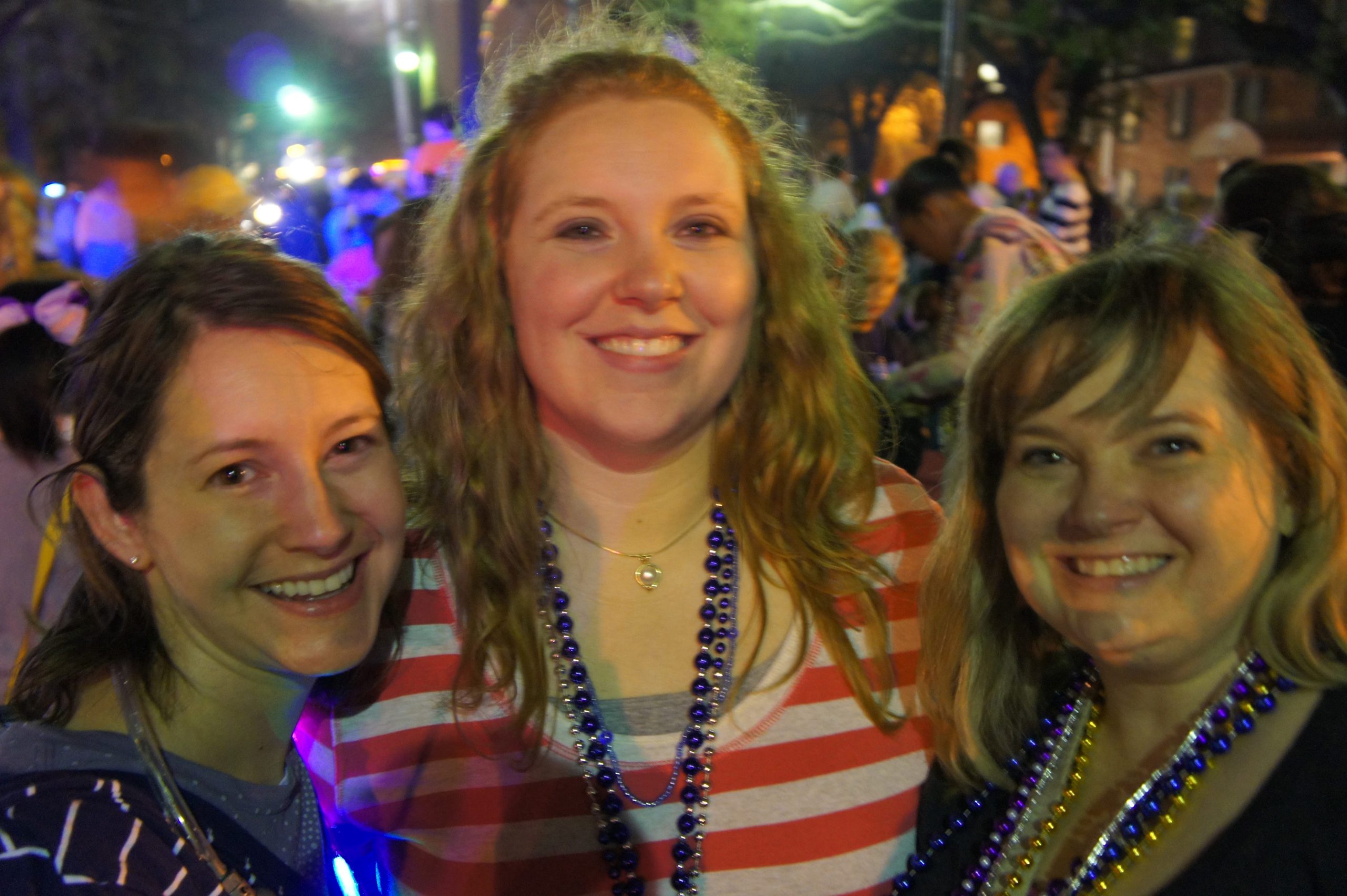 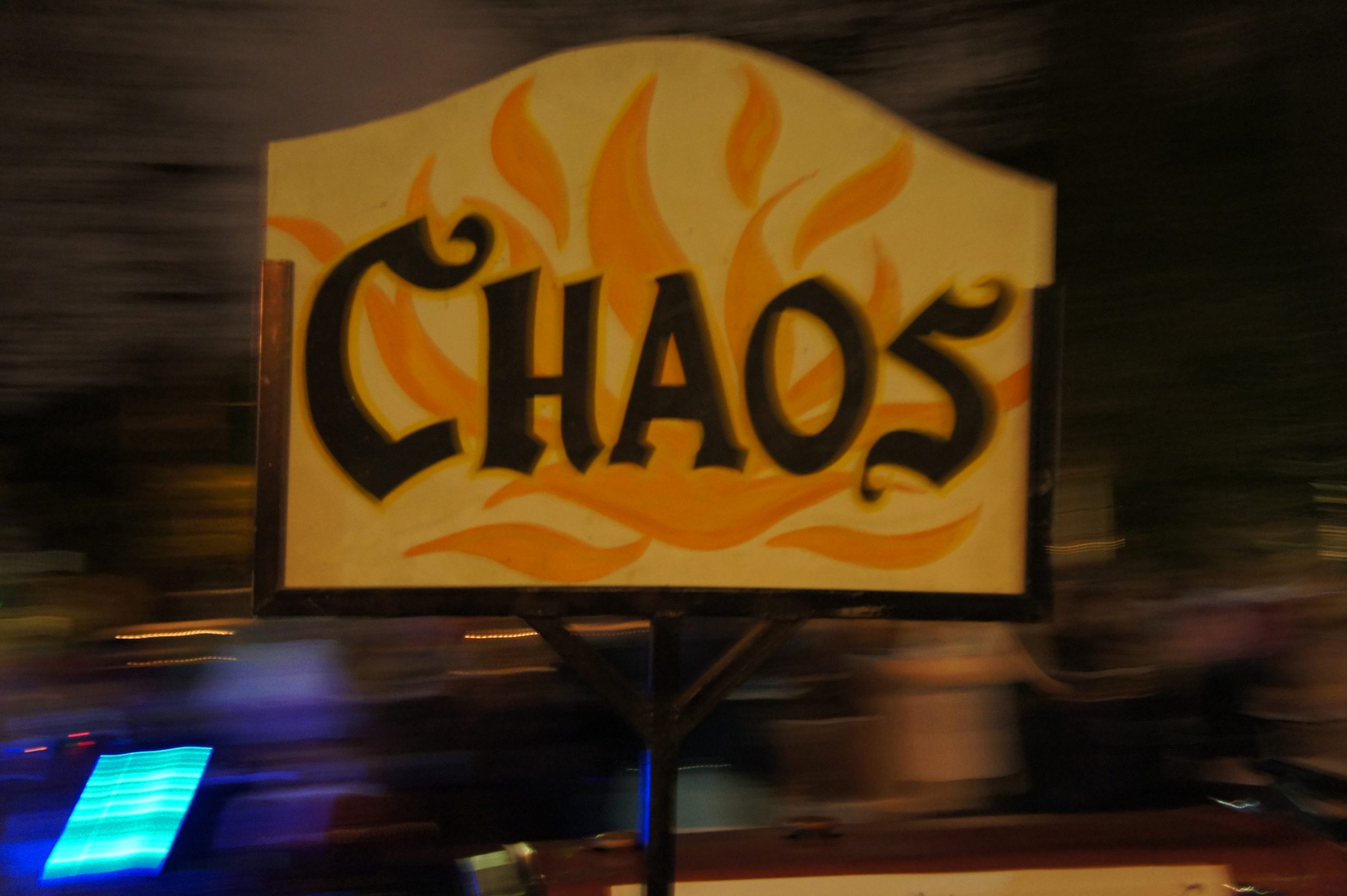 All of the people on the floats wore masks traditionally because it’s supposed to be anonymous gifts. (They actually pay a lot of money to ride on the floats and throw things to us poor lowly folk!) 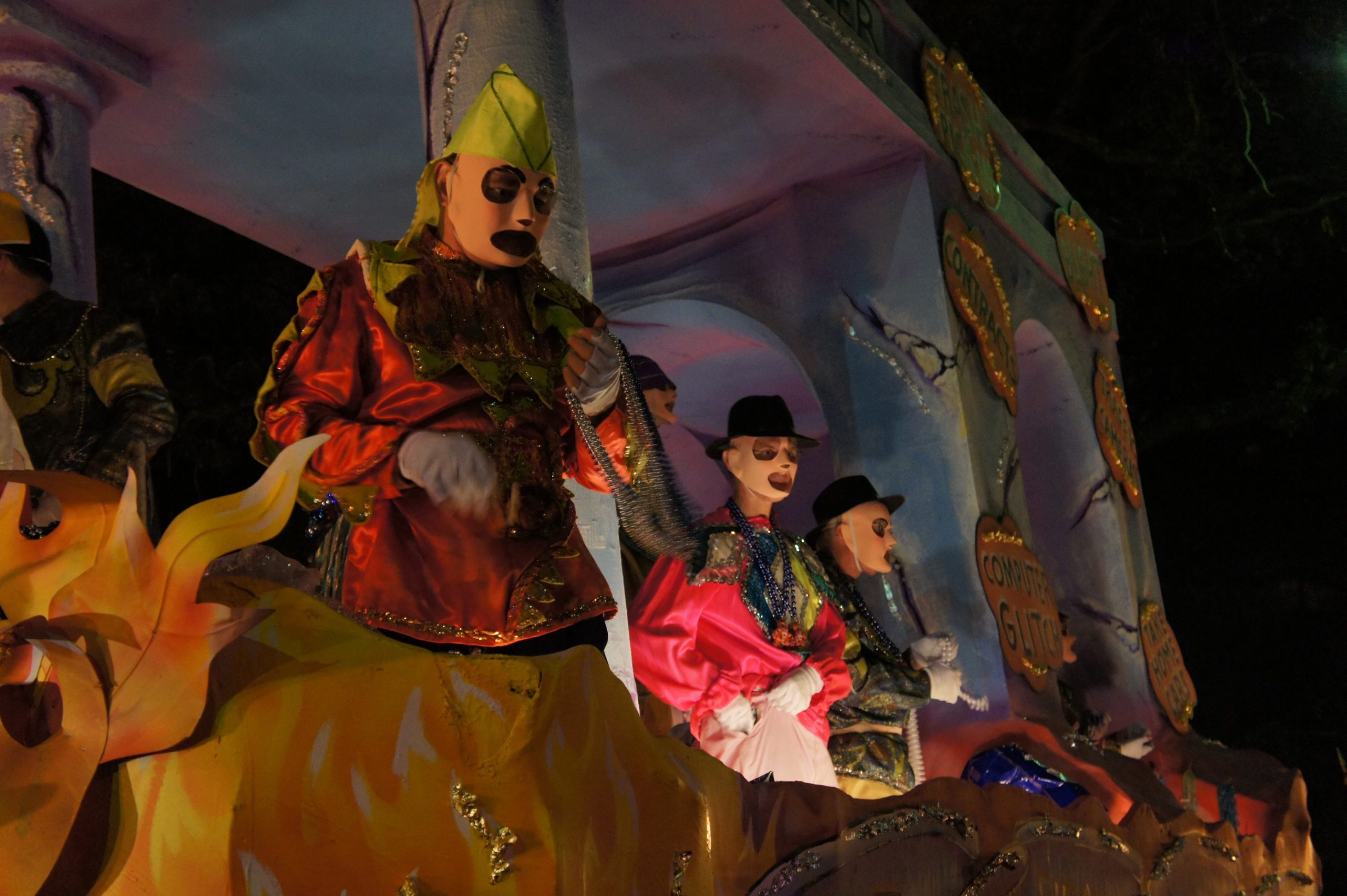 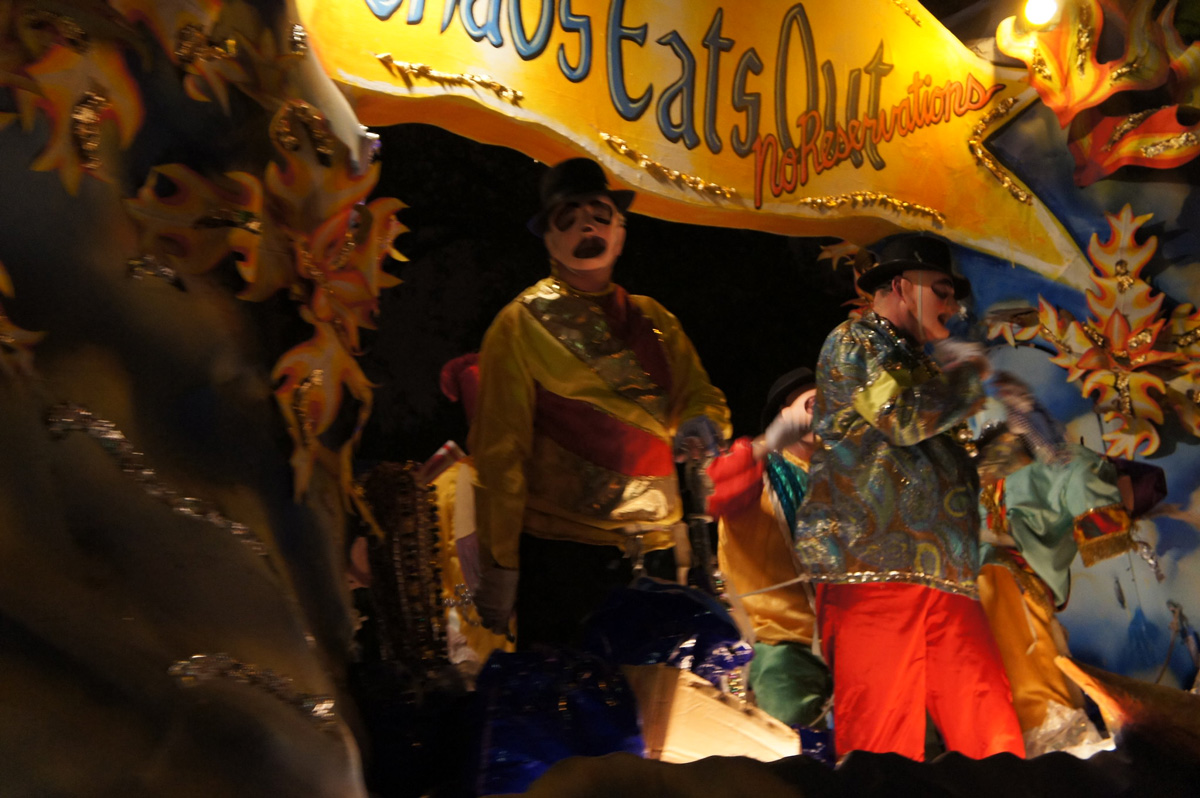 Here are the two goofballs who were with me. I had a really nice picture of them, but it turned out super fuzzy. Darn. That’s okay…they liked the goofy one better. 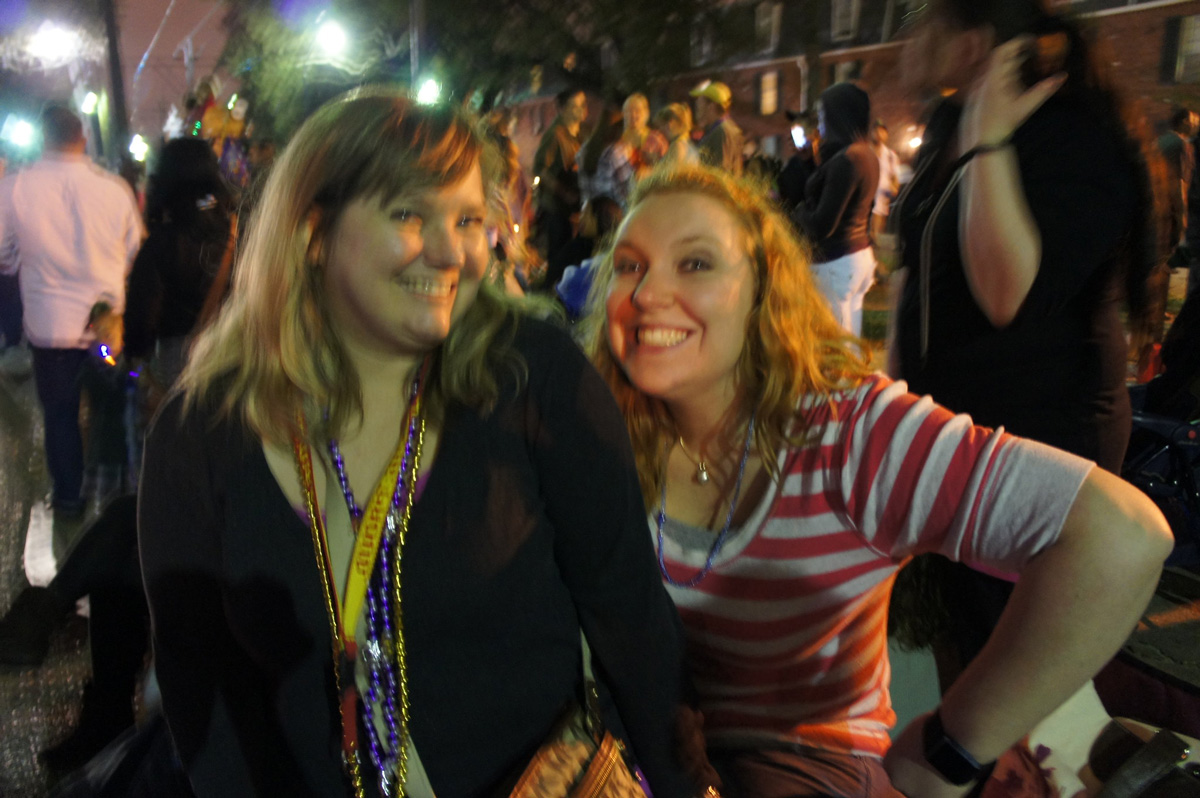 Only in New Orleans would you have a bunch of men walking through the parade with open flames! I think that this is a long-standing tradition that helped to light the way along the route and let you know that the parade was coming. (Now the parade always begins with police cars and firetrucks! lol) 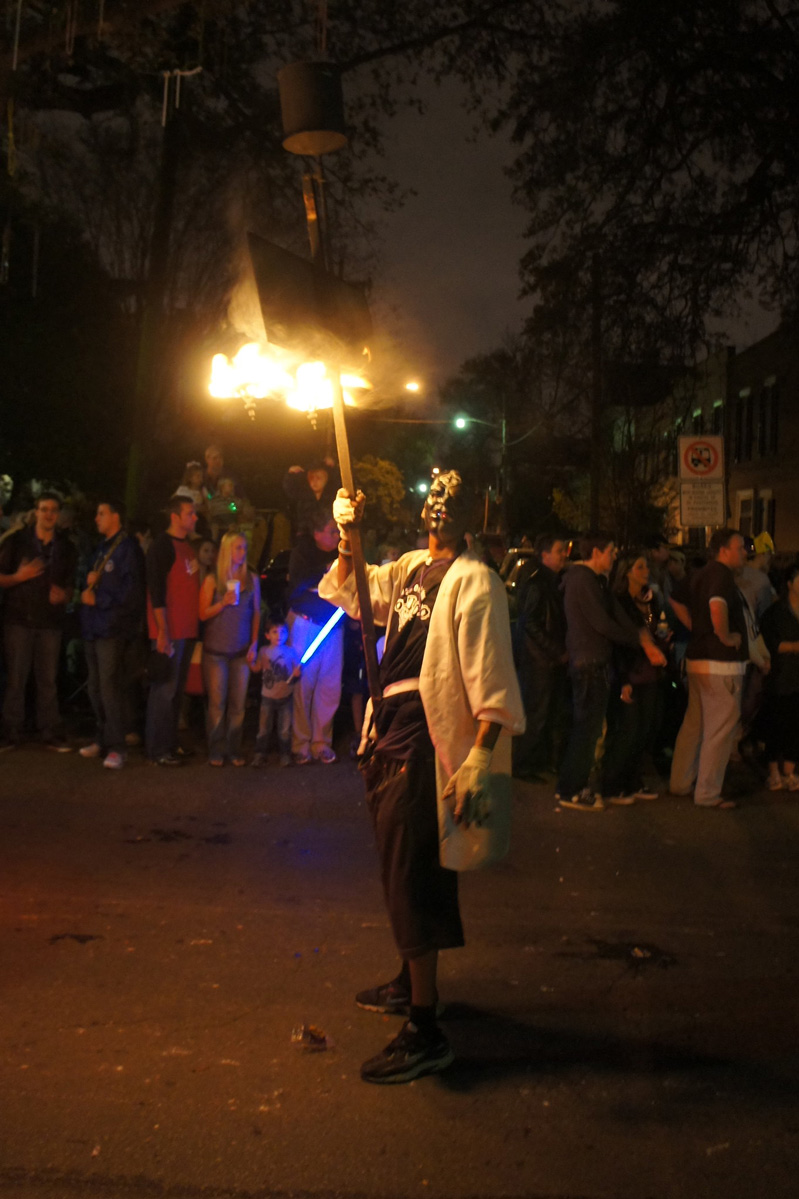 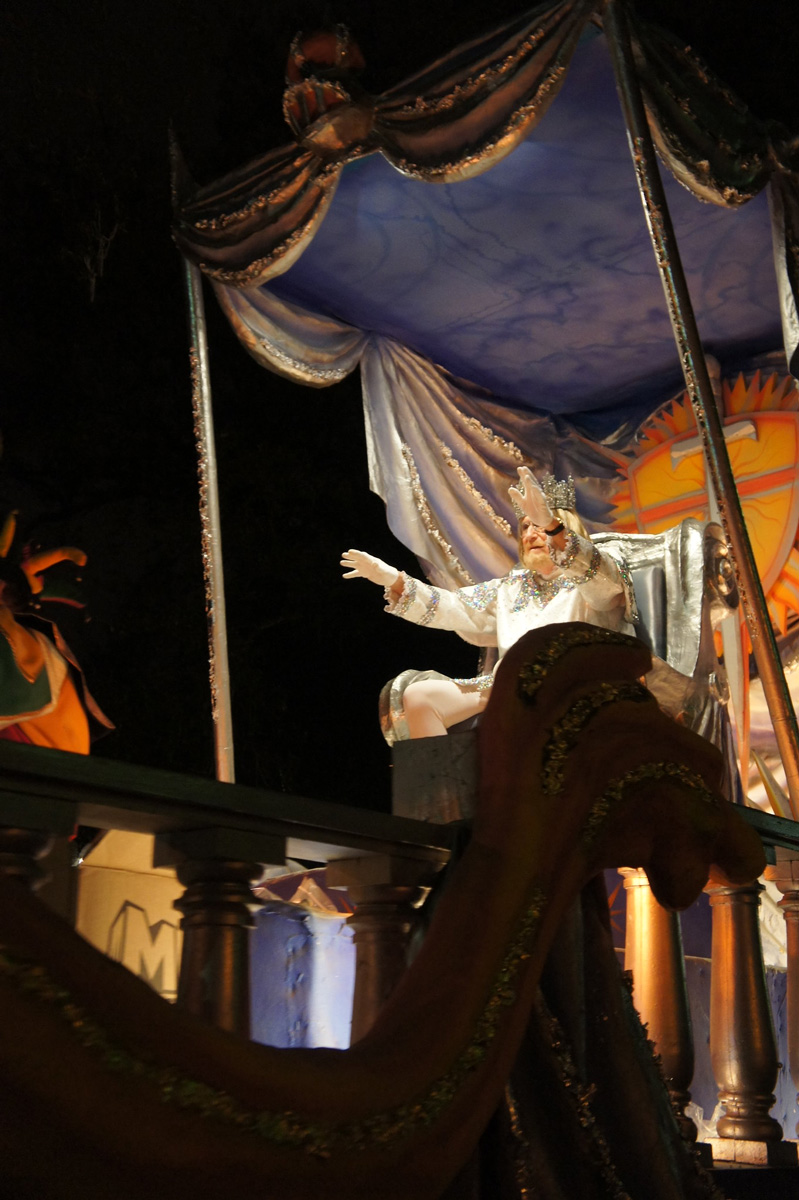 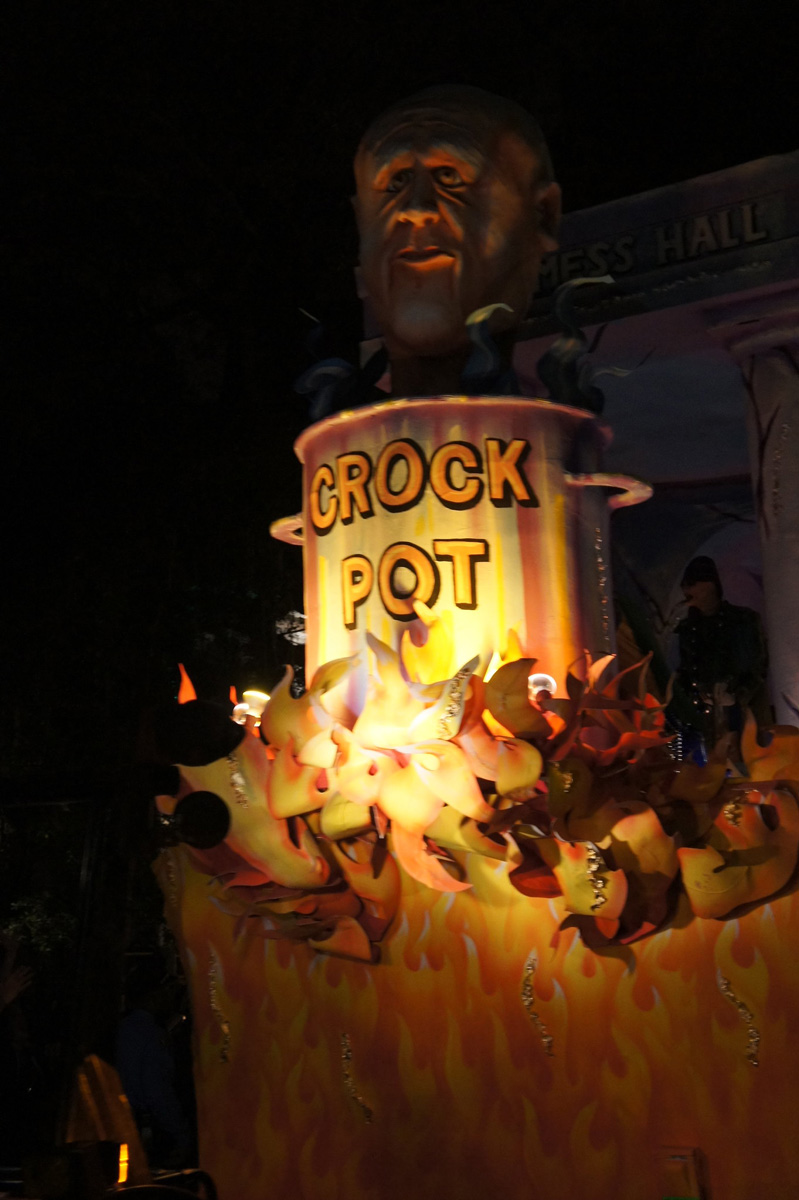 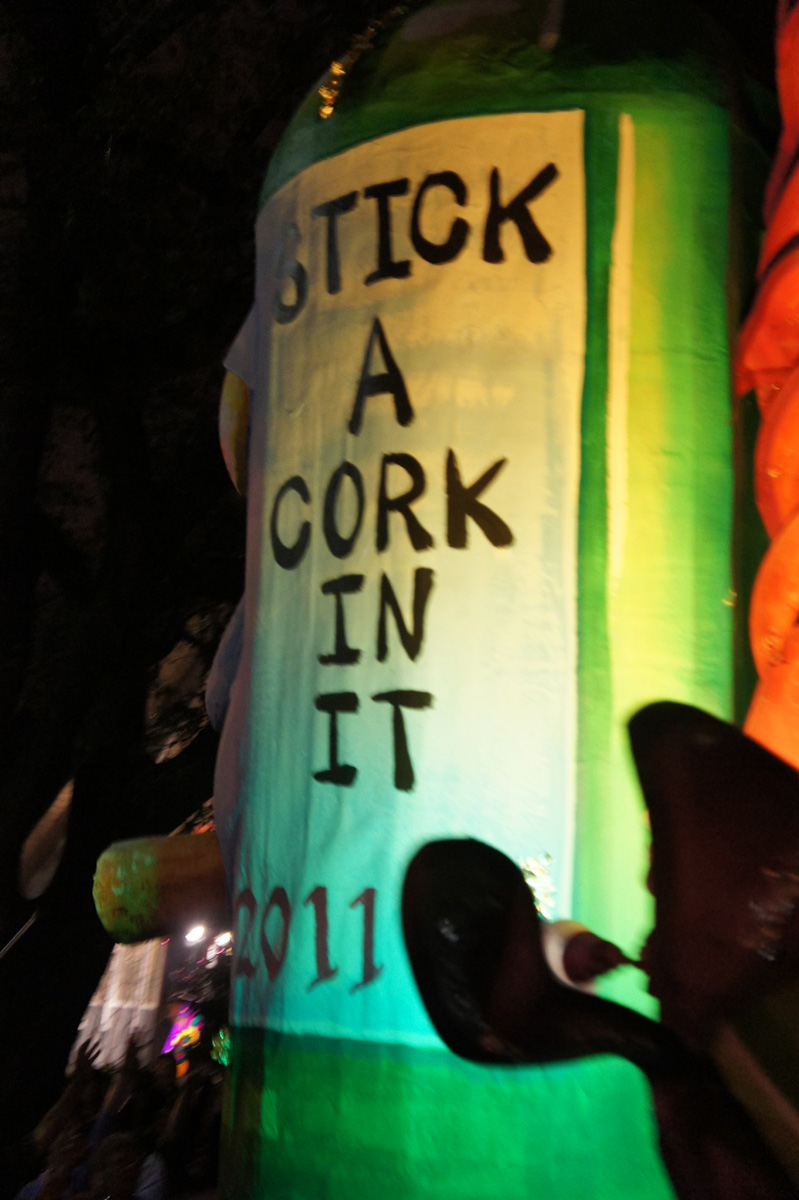 The floats are always interspersed with local school marching bands and dance teams, random groups that get together (like the huge group of Elvis impersonators on scooters and mini bikes!), and mini floats with live performers. 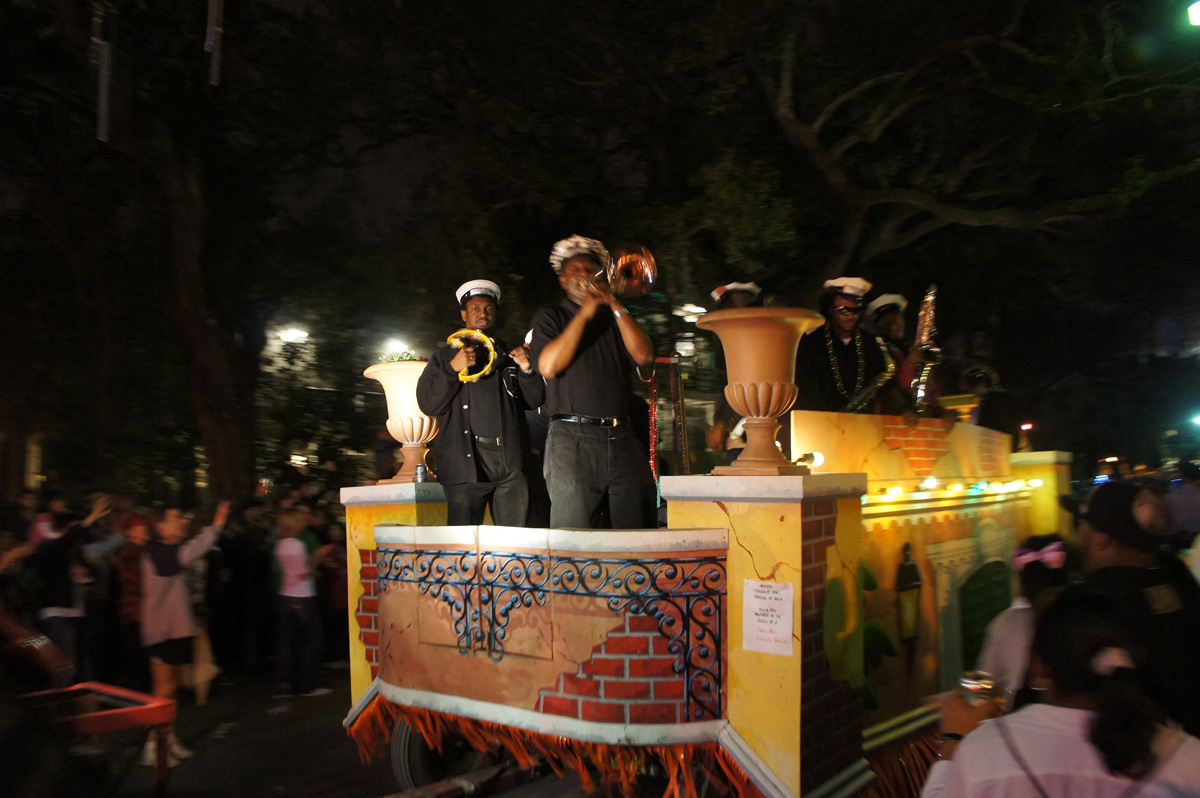 This was at the beginning of Muses. You can see the Live Oak tree beautifully lit up and some of the beads hanging from the tree. There are always beads that hang in the trees along Saint Charles Avenue all year long! They just get stuck there! 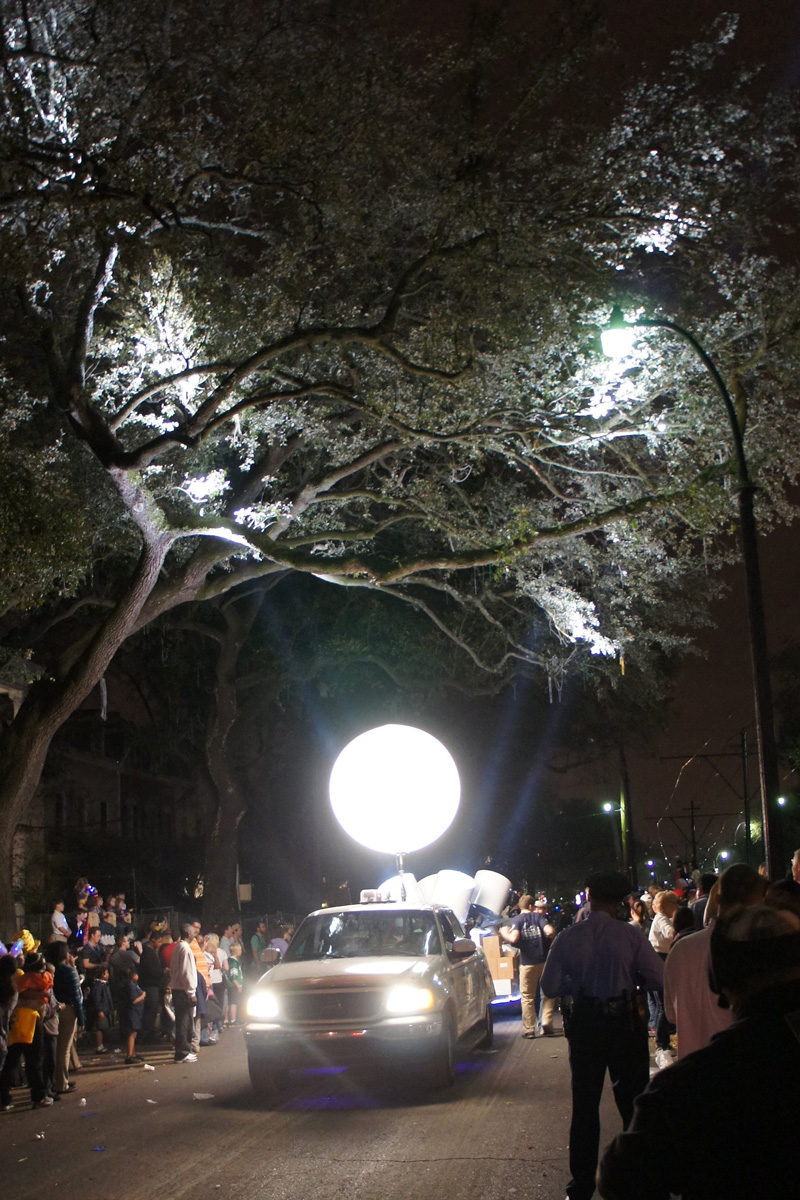 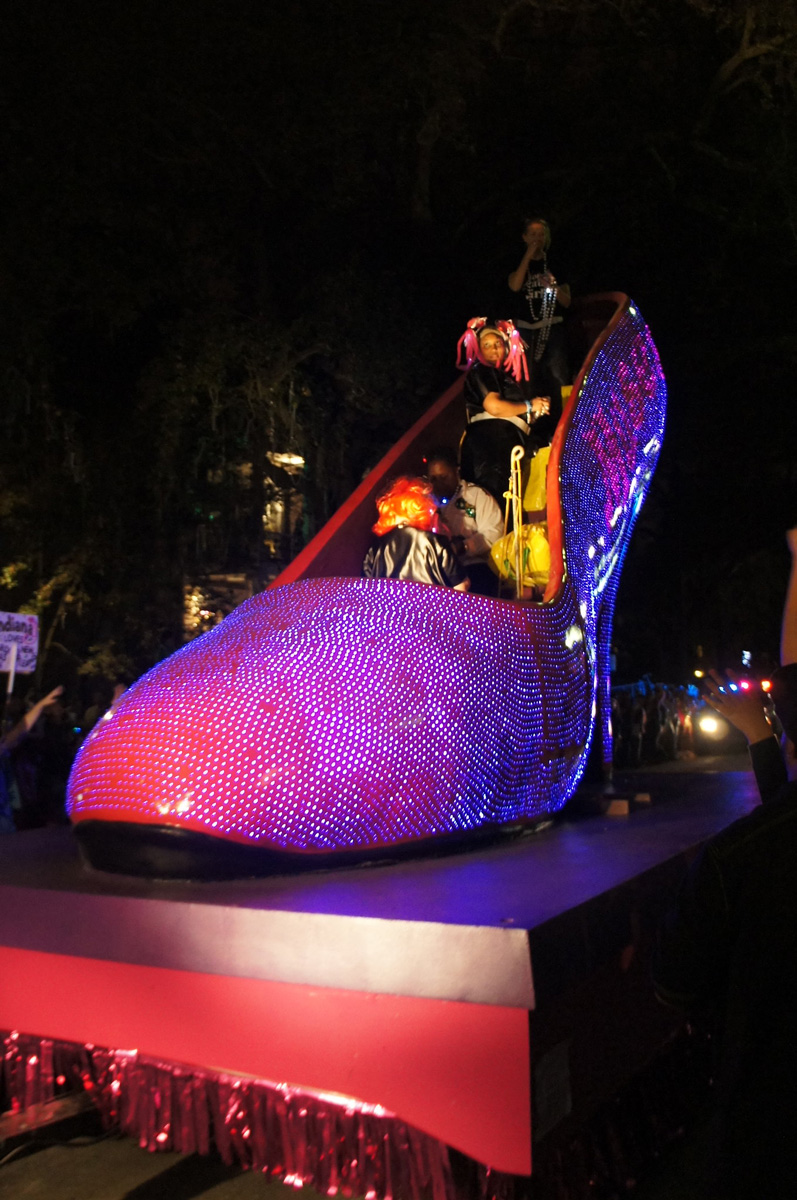 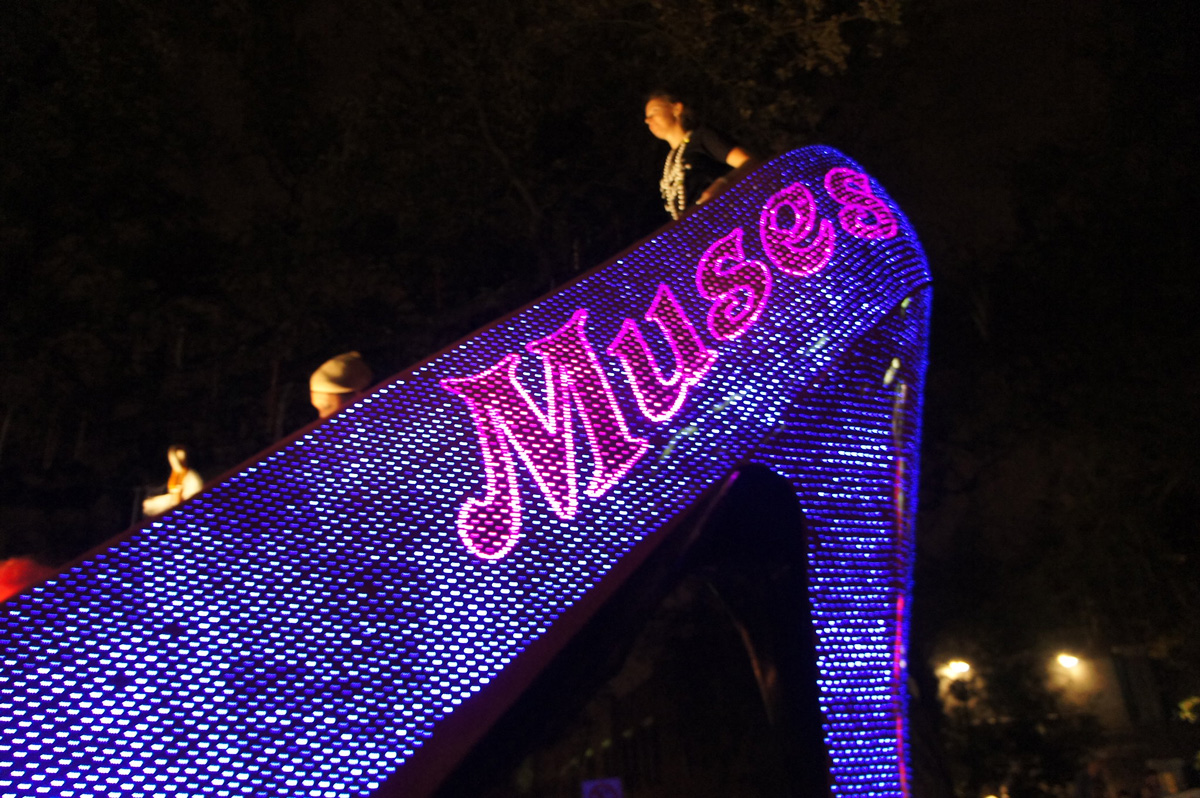 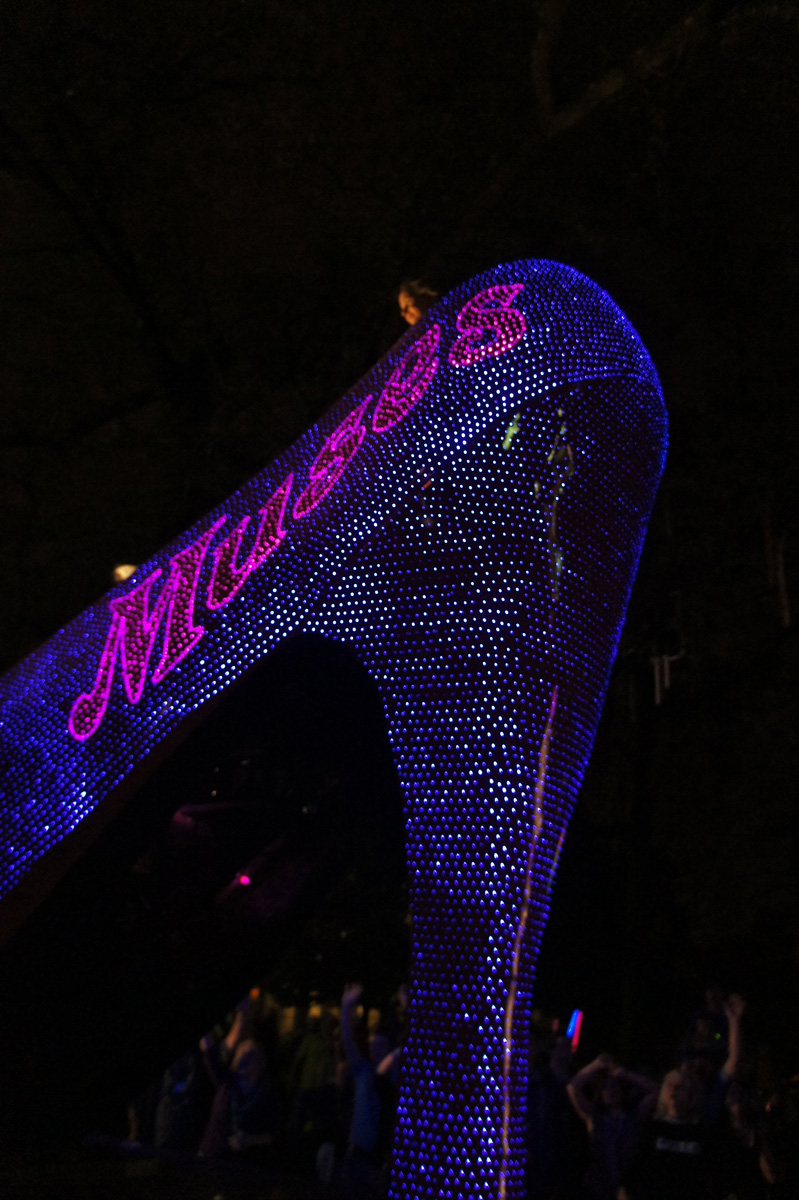 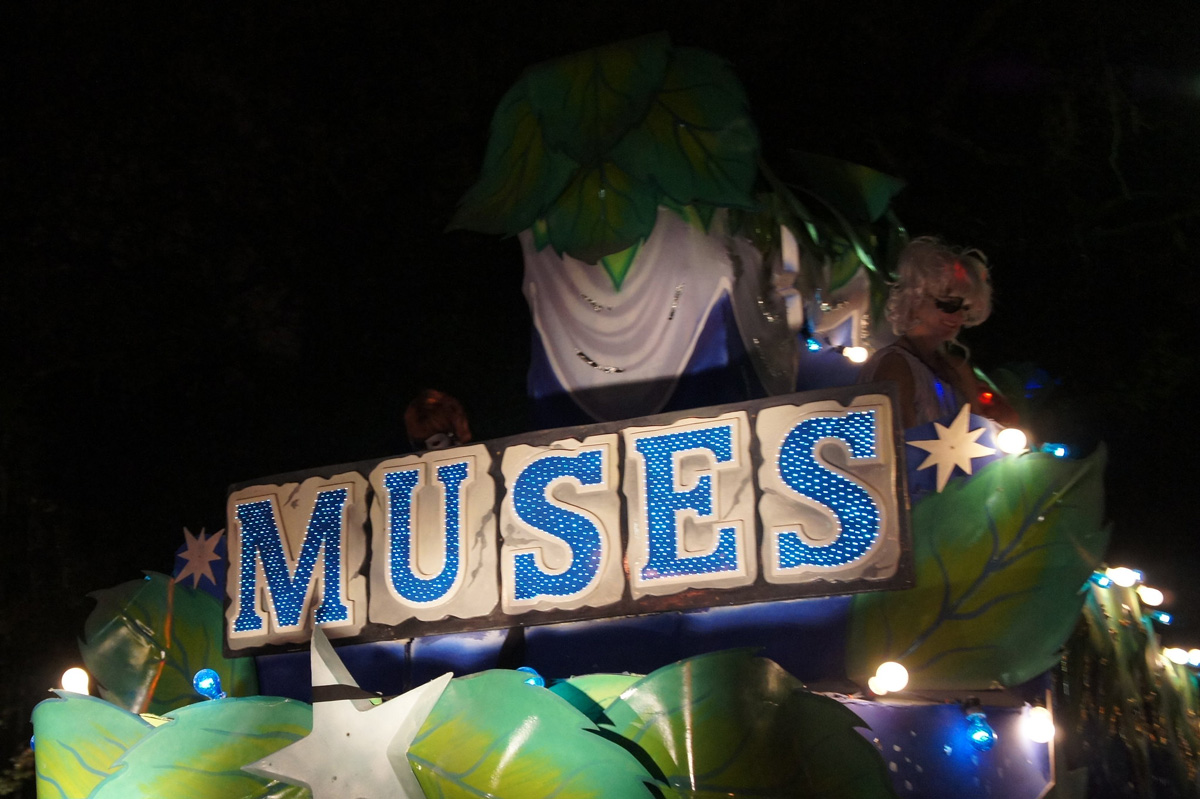 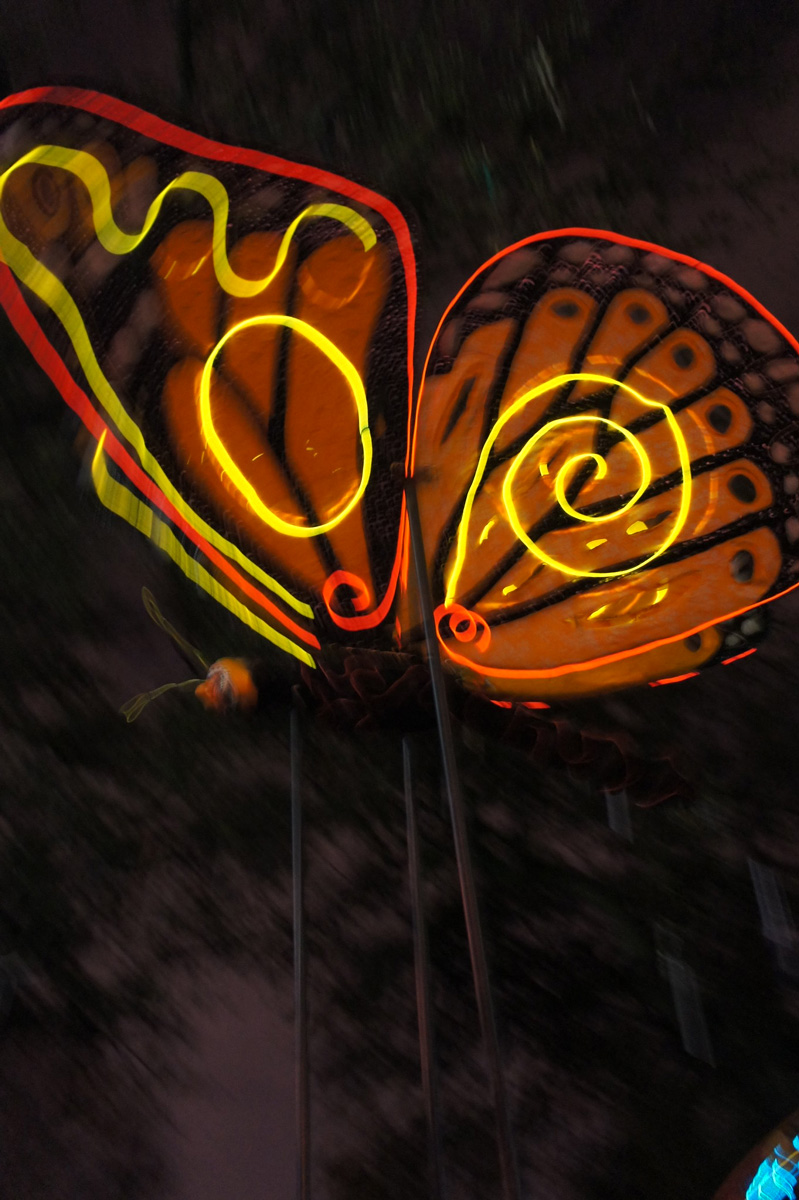 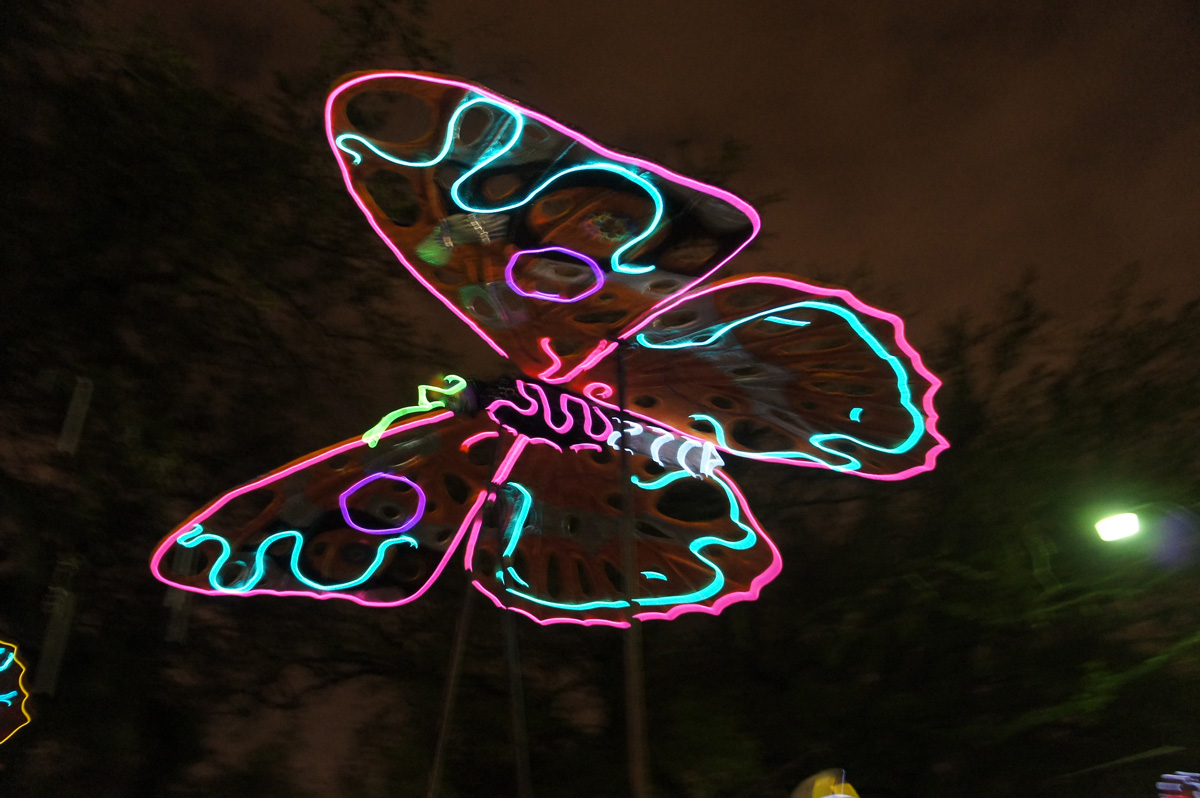 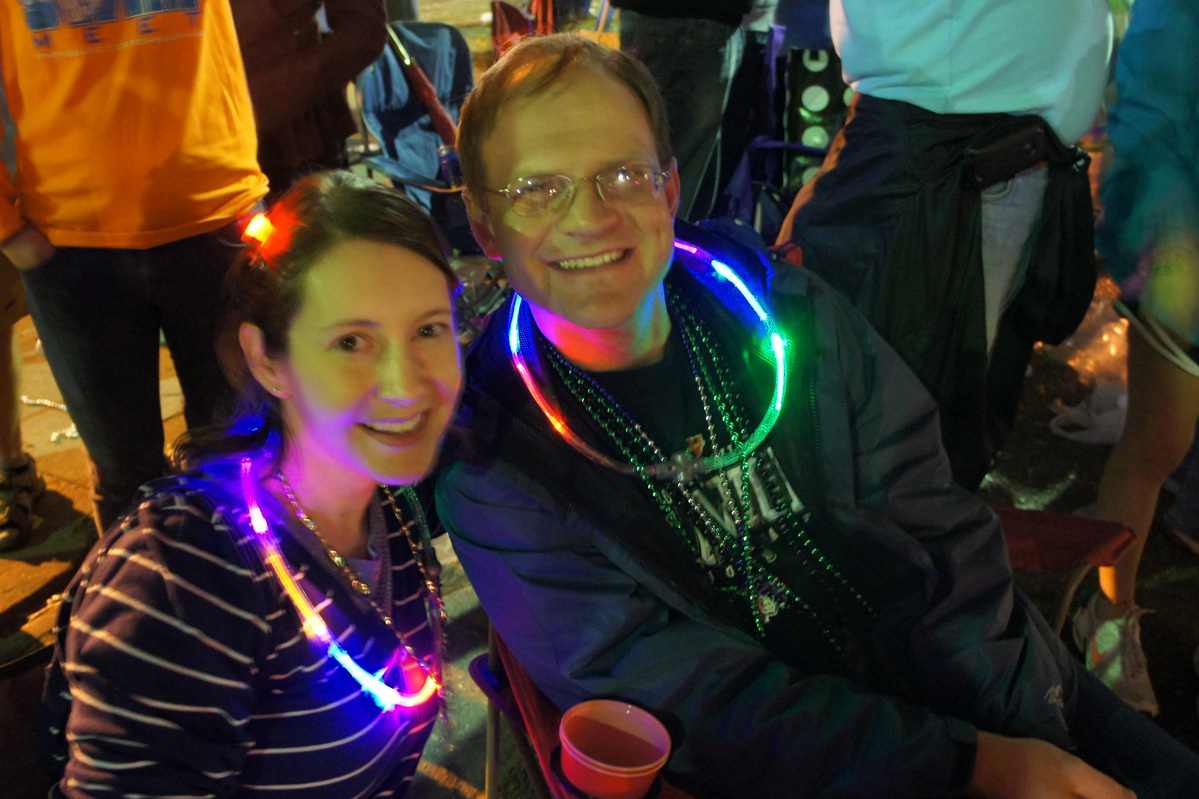 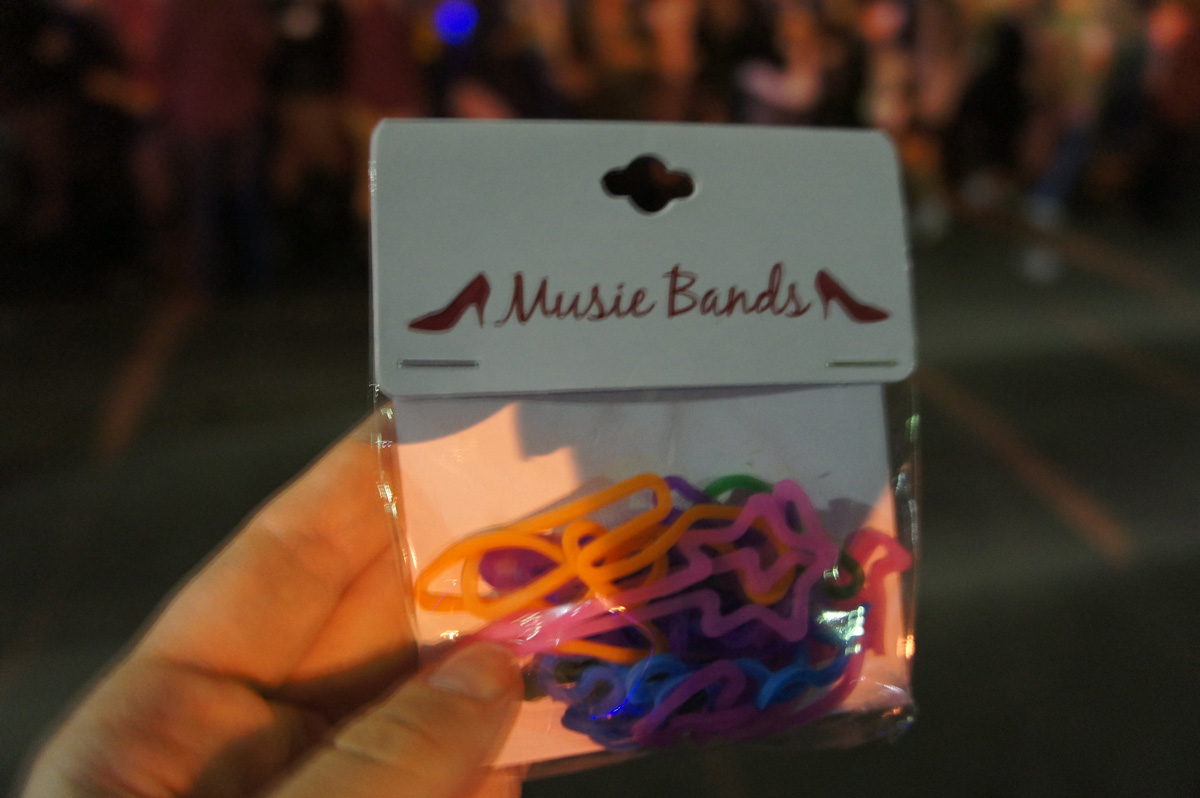 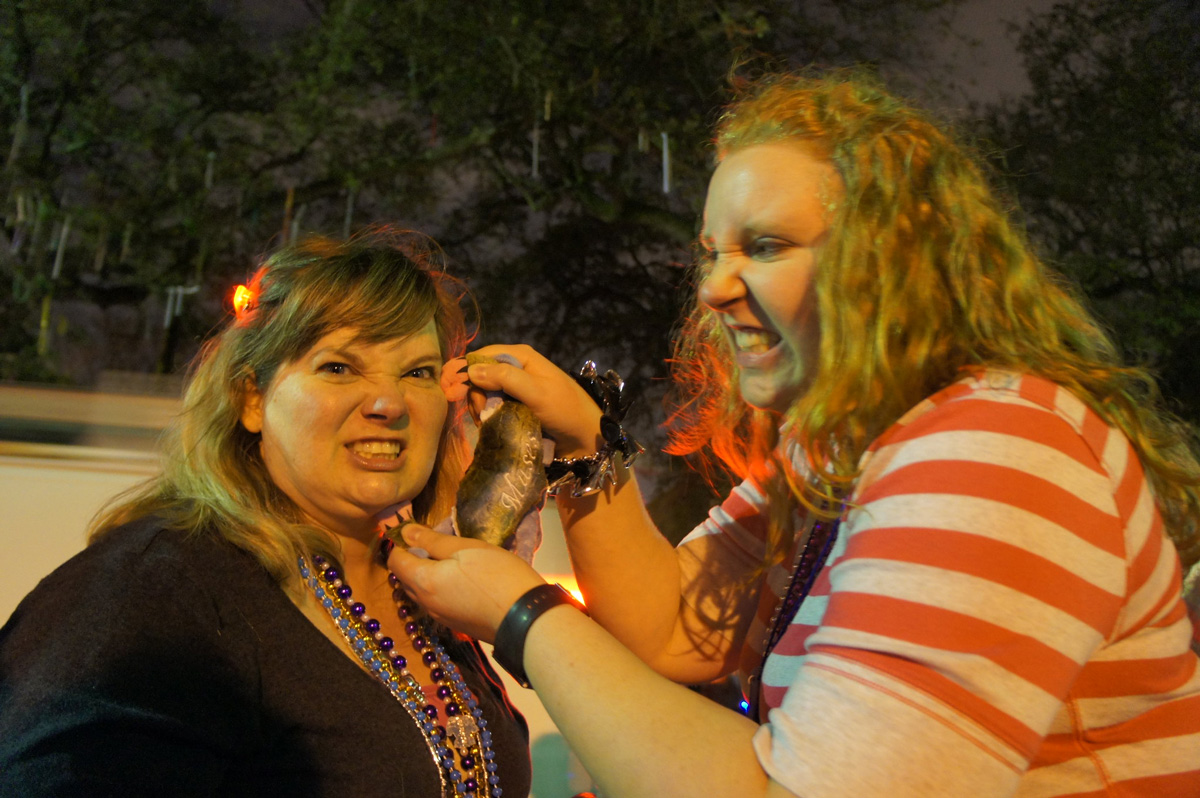 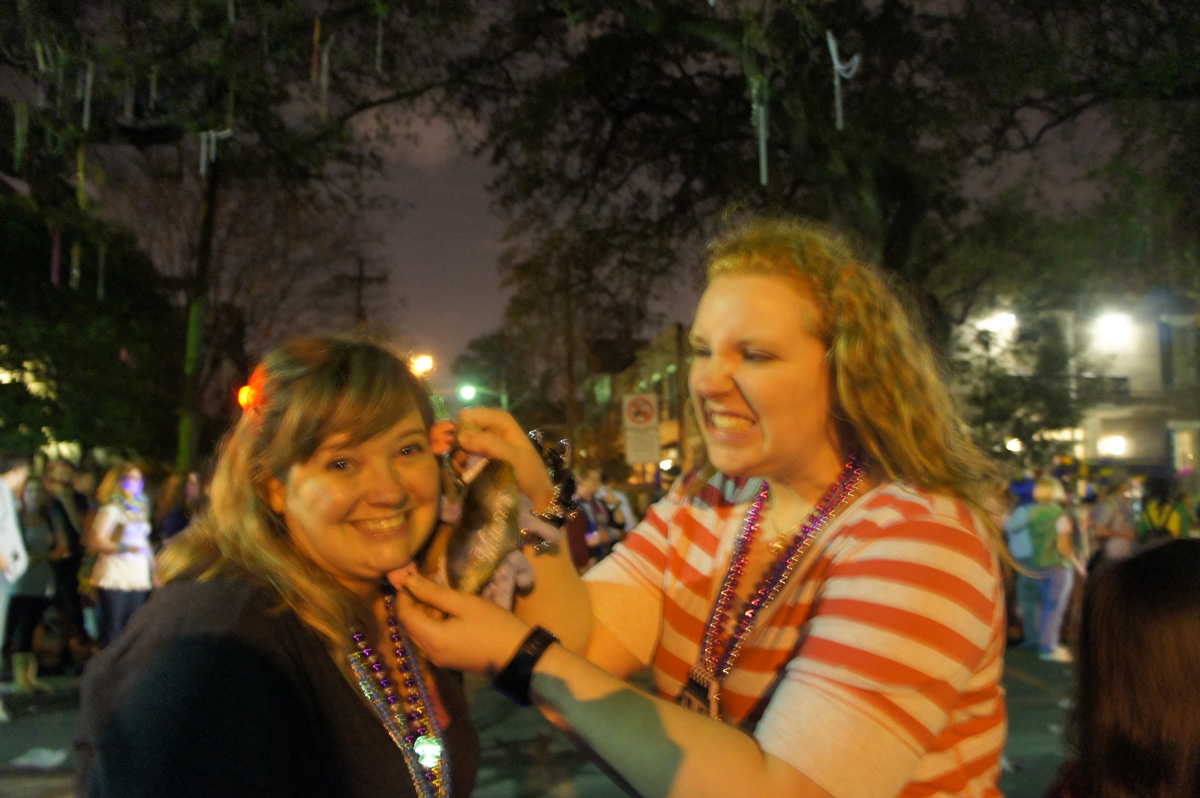 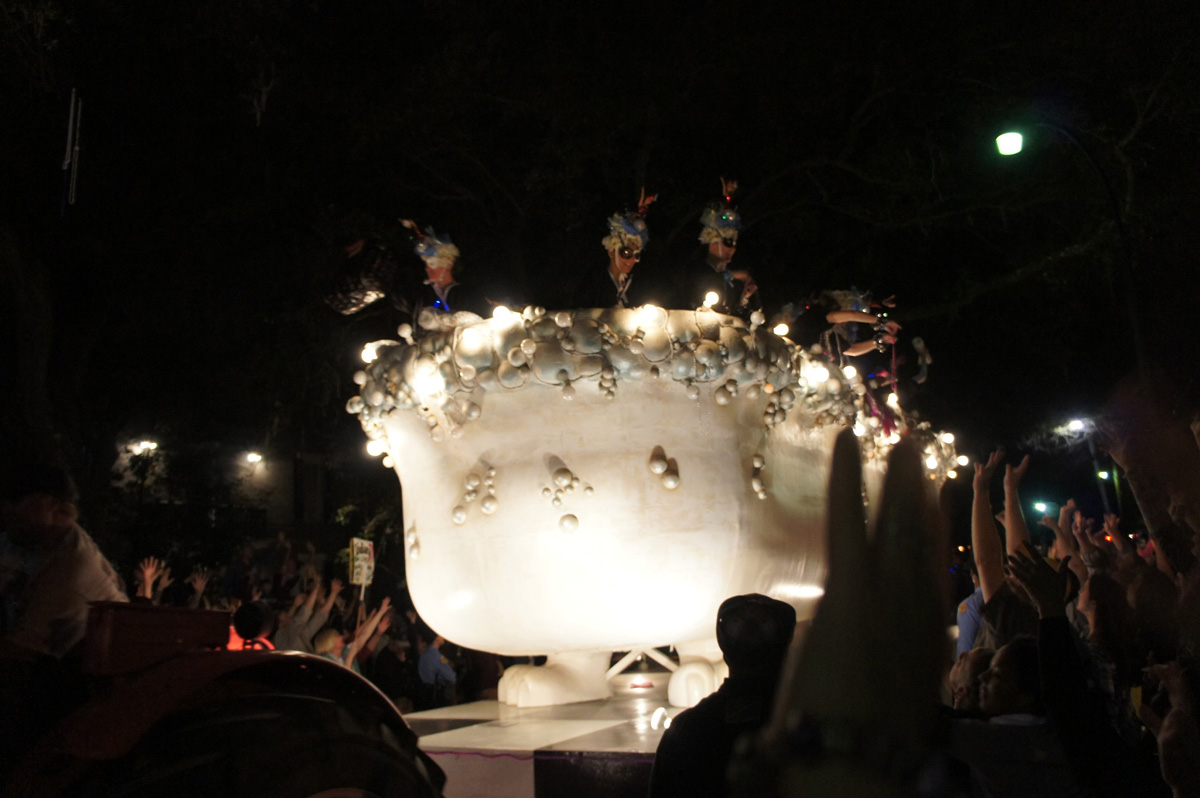 Tired and worn out at the end of the parade, but happily showing off many of our fun catches! I love the Muses bedazzled bracelet my hubby caught for me that I’m showing off in this pic. I’m totally going to wear that anywhere. lol. 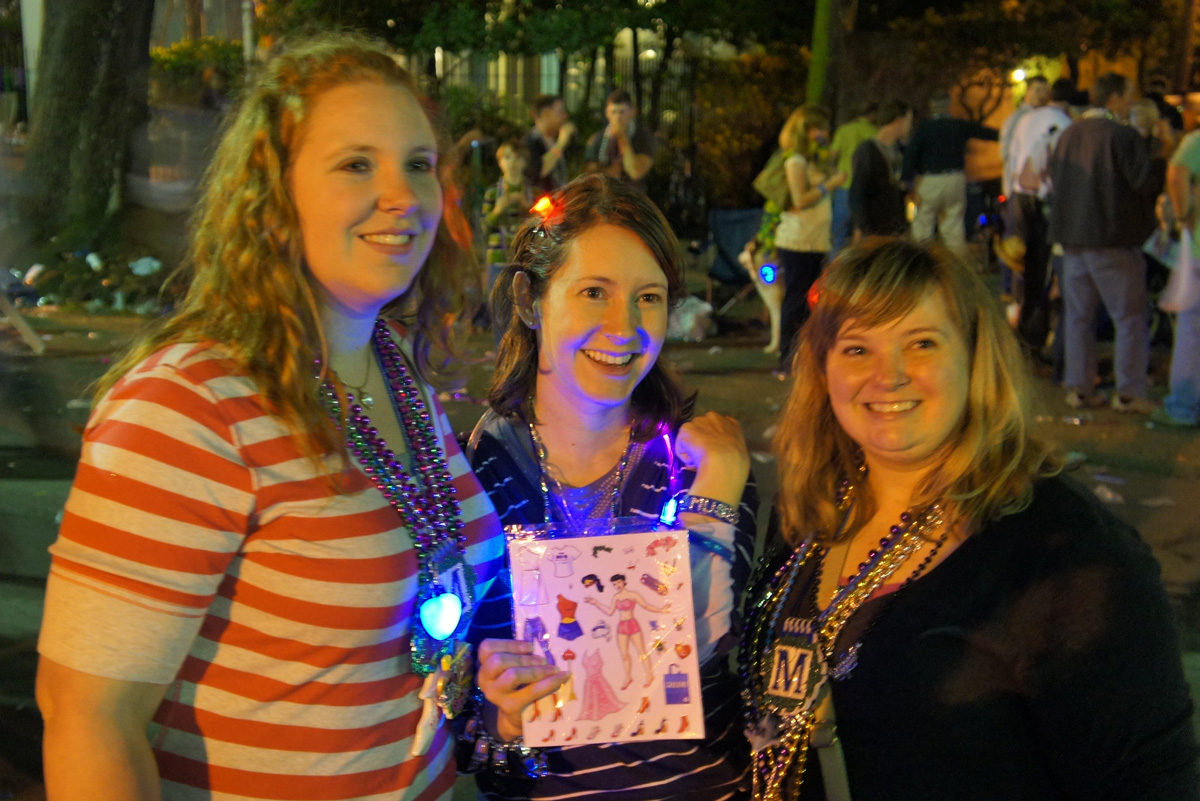