I still have a couple of bee blocks to finish for this month(!) and I’d love to get that all done before we move at the end of the week.  I’m not sure what life will be like for a bit and I’m not sure when I’ll have internet access!  Agh!  Hopefully, we’ll have that figured out quickly.  Because I know how much you would all miss my ramblings.   😉

But I did manage to finish up my bee block for Tracey for VIBees last night.  She’s expecting and has been waffling between finding out whether she’s having a girl or boy.  But in the meantime, she’s having us make blocks for an “if it’s a girl” quilt.  Love it!  She sent us the yummiest girly fabrics and wanted a 16″ block with a flower theme.  Well, I took her quite literally. 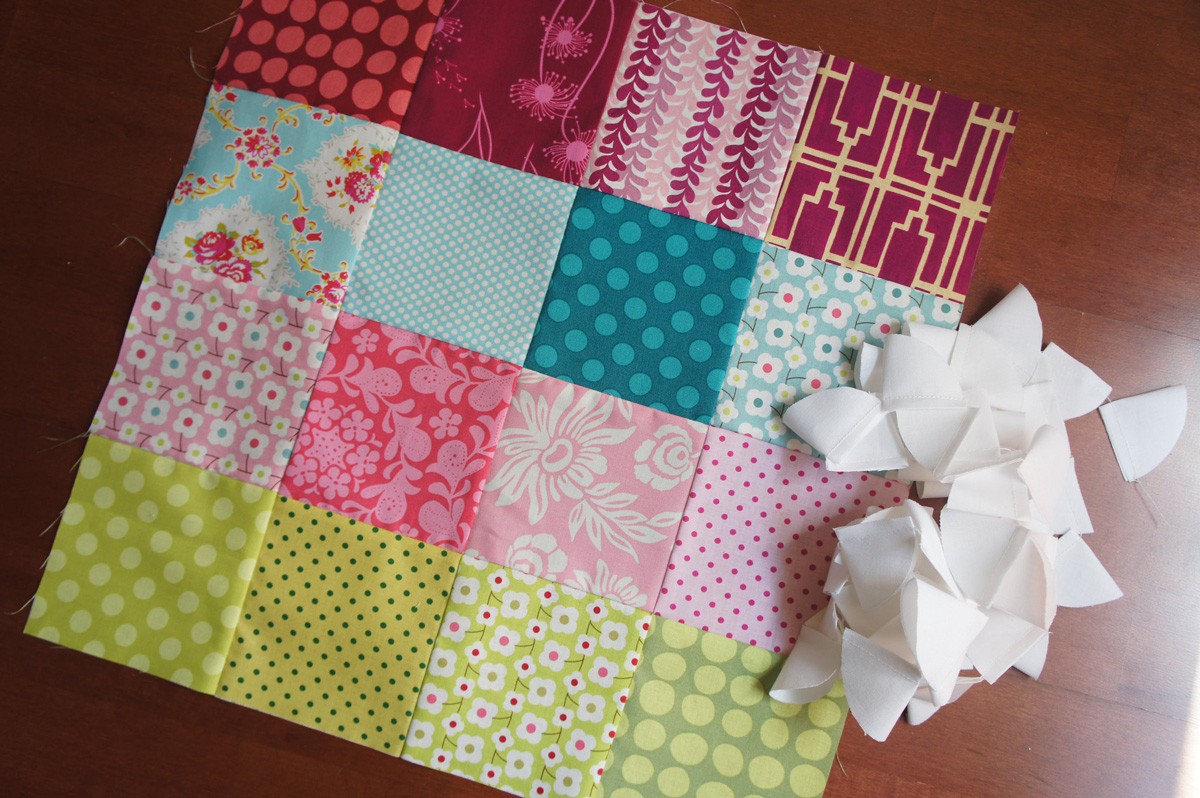 A sixteen-patch block with a bunch of white fabric on the side cut up into tiny pieces…  Well, I had a plan and I was finally able to see it come together (although I almost did not have enough white thread!). 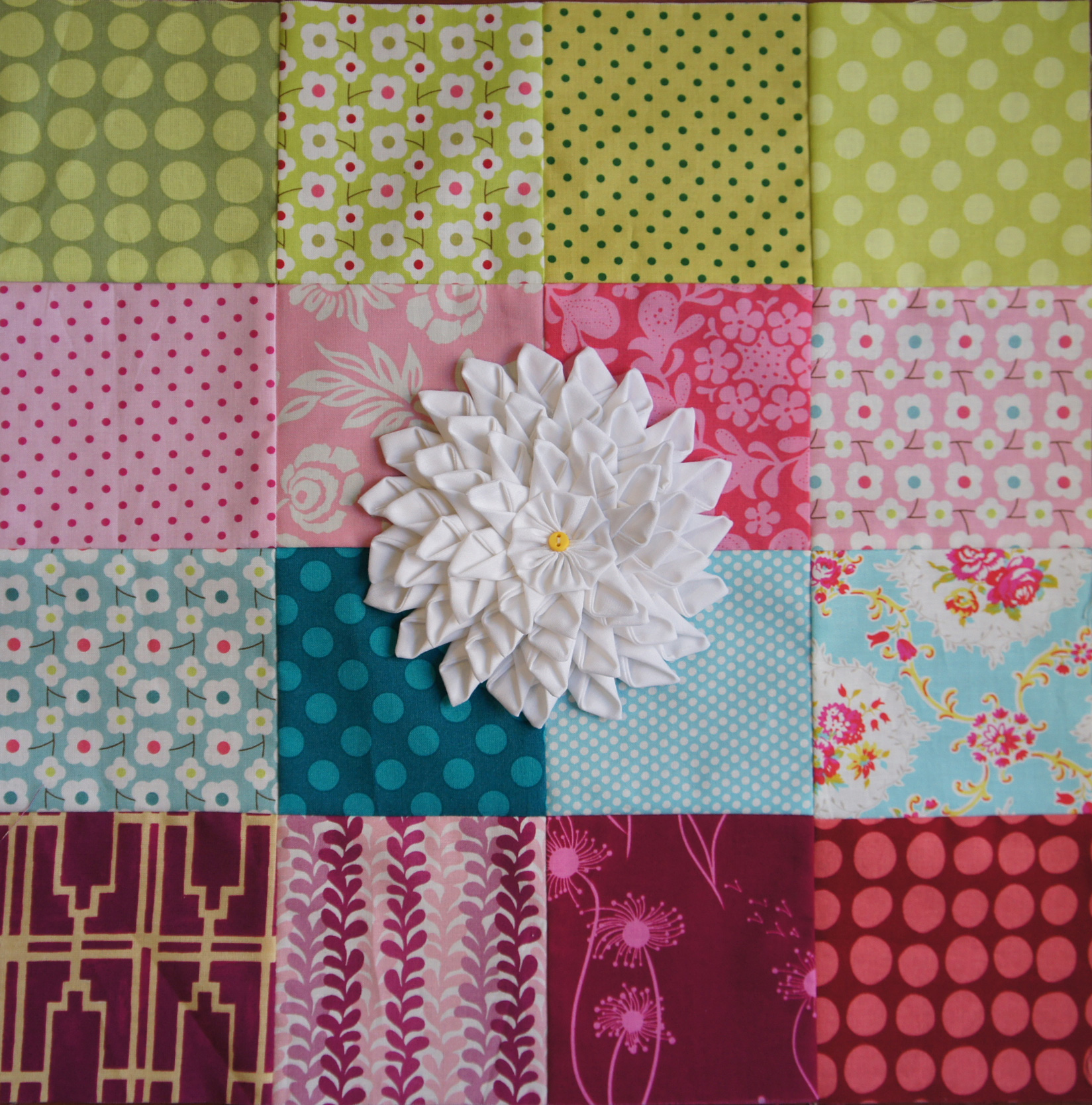 I took each one of those white fabric pieces and made them into petals.  There are about 50 of them and they are hand sewn together and then machine appliquéd to the quilt block in rings.  I did end up needing a tiny button for the center of the flower, so I don’t know if Tracey would actually use this block in her quilt.  We’ll see what she thinks.  I think that it is kind of begging to be a pillow myself, but since I was supposed to be making a block for a quilt, I want to make sure that she could use it that way too. 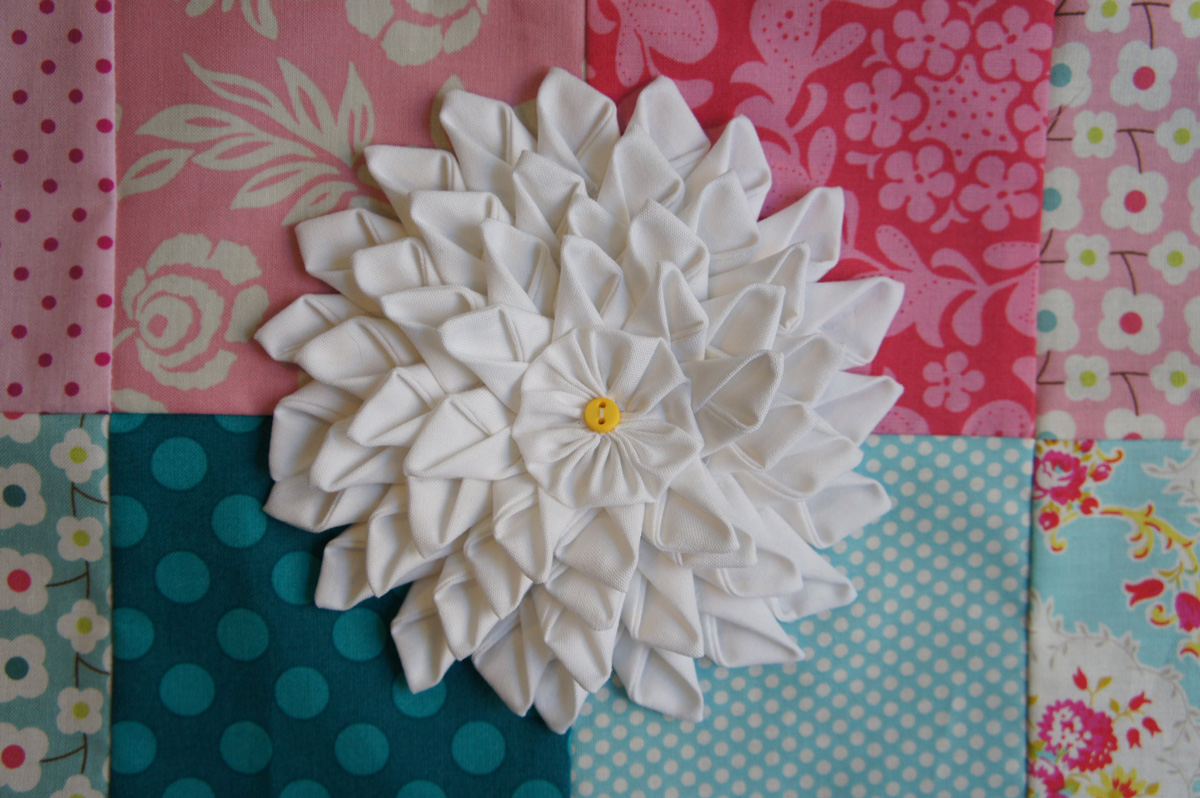 And those petals have been child-approved because little miss decided she was very interested in my attempts to hand sew while she was still up. *Note to self: do NOT try to hand sew while your 17-month-old is up.  She will unravel your thread, pull out needles, ruin your carefully sorted piles, and gleefully throw everything on the floor.  Good thing she is cute. *

I’ve also been making some progress on the bottled rainbow front!  I have all my batting scraps cut up and ready to make into the final blocks.  I have six more block backgrounds put together (I ran out of white for the rest) and I have all the scraps glued into place for my purple block. 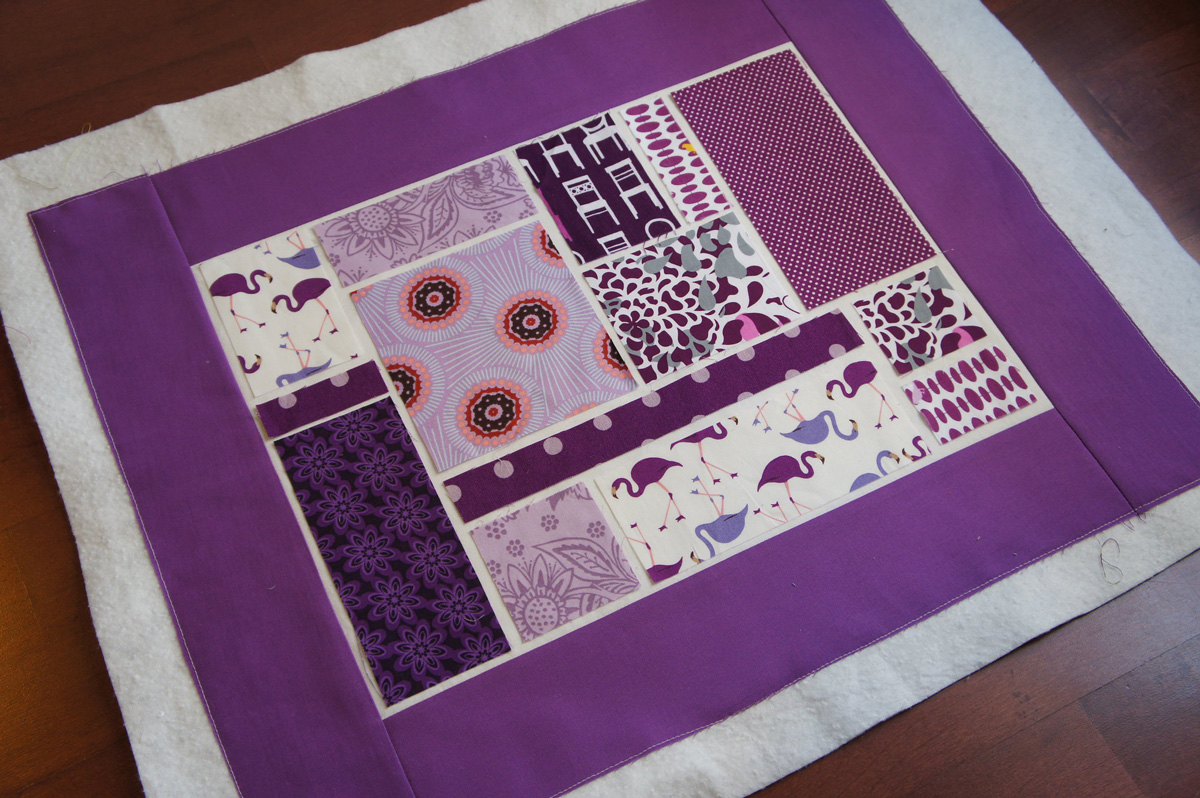 As mentioned before, my thread shortage halted my work on finishing this and nearly stopped my work on finishing the flower for Tracey’s block.  I NEED to buy white thread today.  Every project that I have left out to work on this week requires a white thread. So yes, I’m going to be one of those people.  You know.  The crazy people who are buying things in a fabric store when they will be moving in a week.  But I’m pretty sure that I will use up all the thread in the week.  I’ll let you know. 😉

Leave a Reply to Tammara, Jess and Cory Cancel reply