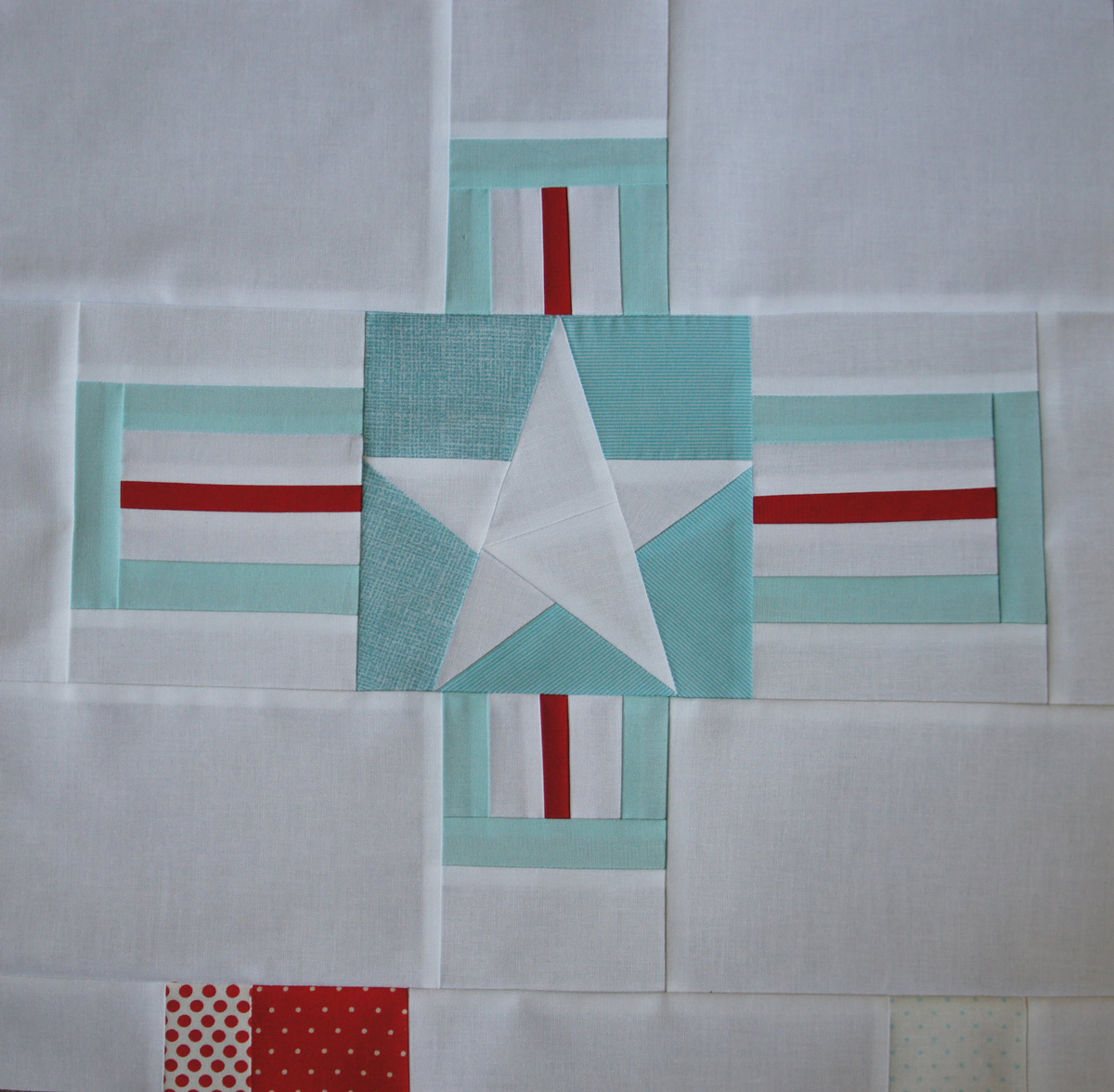 I finished this bee block just in the nick of time…one day before the month was up. Meghan sent us red, white, and blue fabrics and requested a 16.5″ patriotic theme block. Her husband is in the army, so she wants to make a quilt for him that nods to that.

Well, there are lots of great patriotic ideas for quilt blocks. But of course, I couldn’t do anything I had already done or seen done. Lynne came close to an idea I was thinking about with her block, but in the end, my block looks very different from hers…I was trying not to copy her. 😉 But it’s hard when the blocks she makes are so lovely.

I actually planned on doing something a little different than how this turned out, but I may like this even better. Plus this is what worked with the fabric that I had. I was planning on showing you all how to make the block I intended to make, but instead, I have pictures of the block that I did make. Hopefully, you’ll still find them interesting.

The first thing I did was search the internet for a paper-pieced 5 pointed star pattern. The one that I found actually was more complicated than I made this one…they did all kinds of variations in the star itself. But I just wanted a solid white star. The border is a little scrappy because well…that’s the fabric I had. So I made it work. 😉 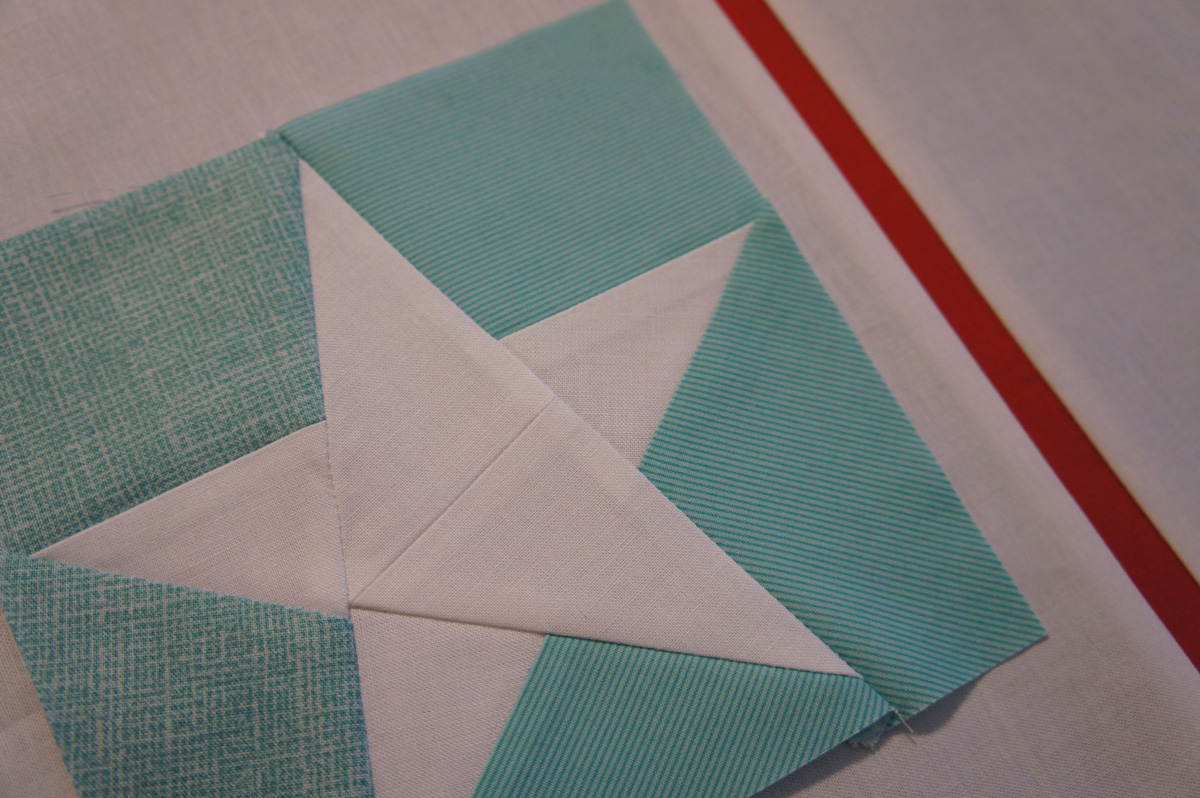 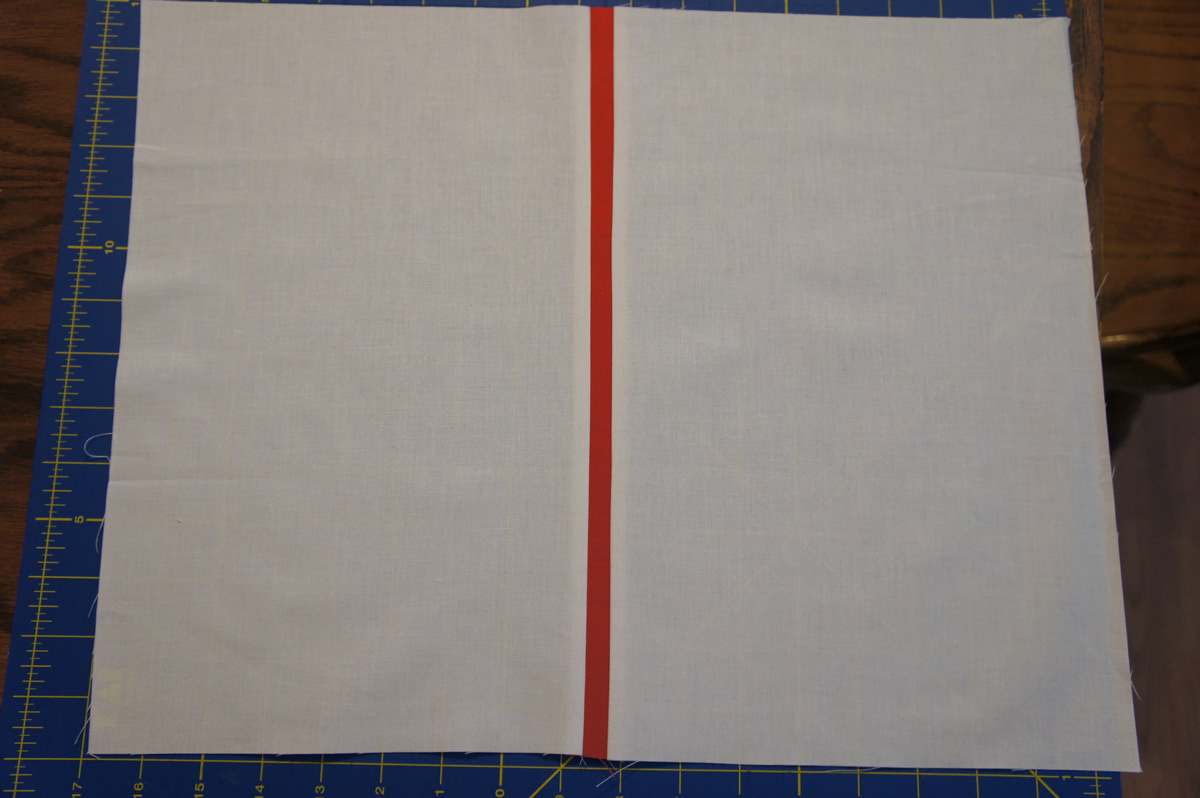 I cut down the white on both sides and then sewed some turquoise to each side. I now had one long strip of stripes! 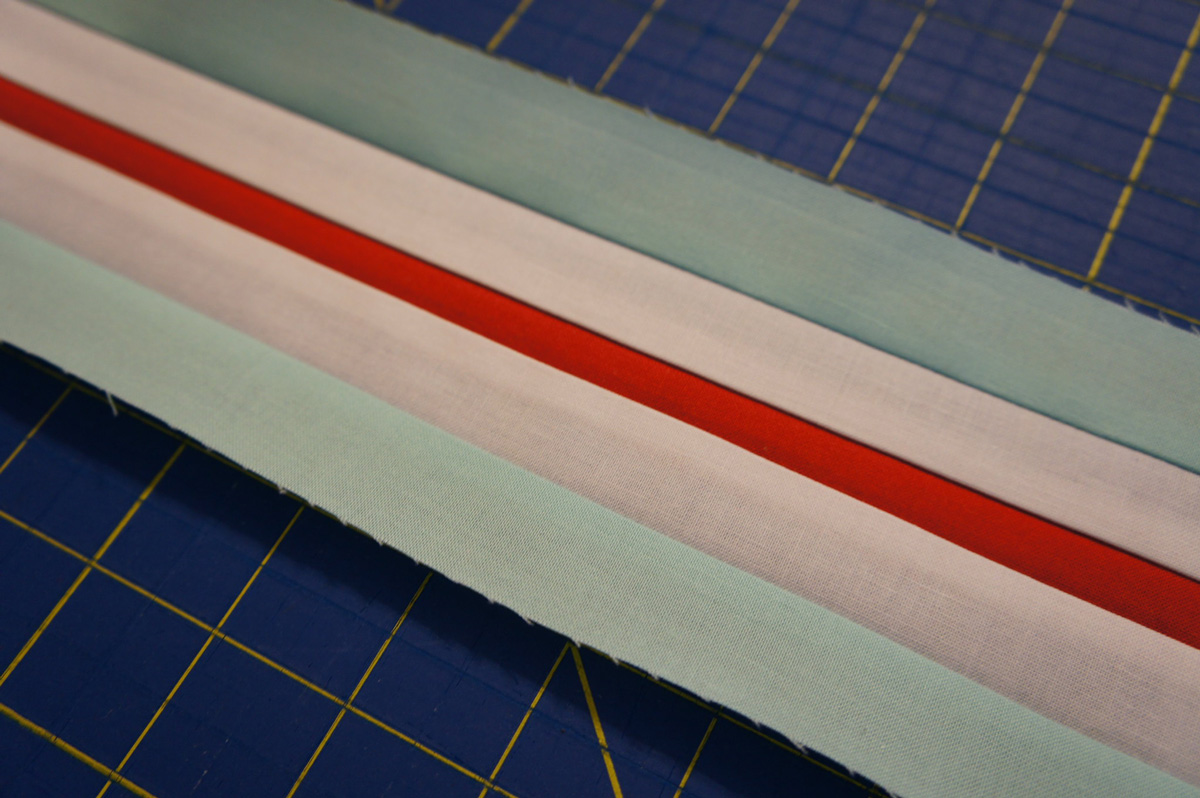 Then it was all kind of improv from here. I always intended to have the horizontal stripes, so I added those first. But I was left with some bits of pretty stripes that were begging to be used and I didn’t quite have enough white fabric to make that big block….so I needed to get creative. 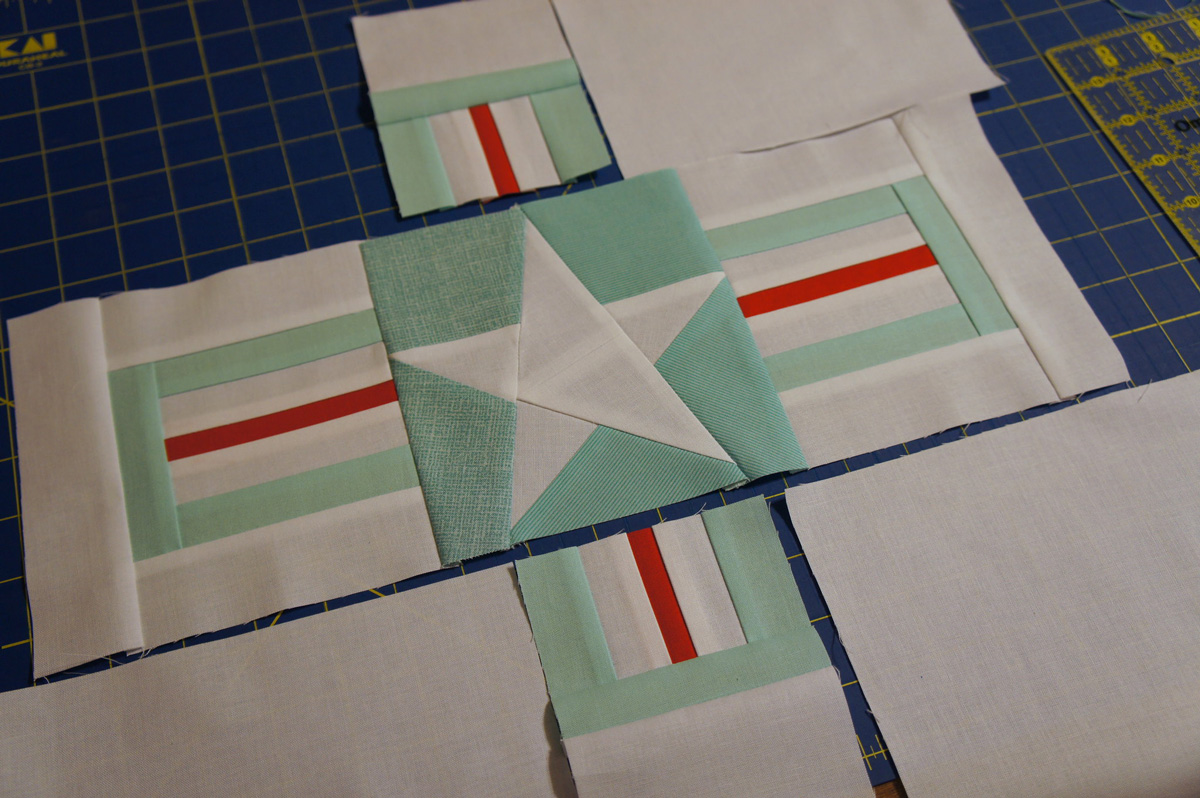 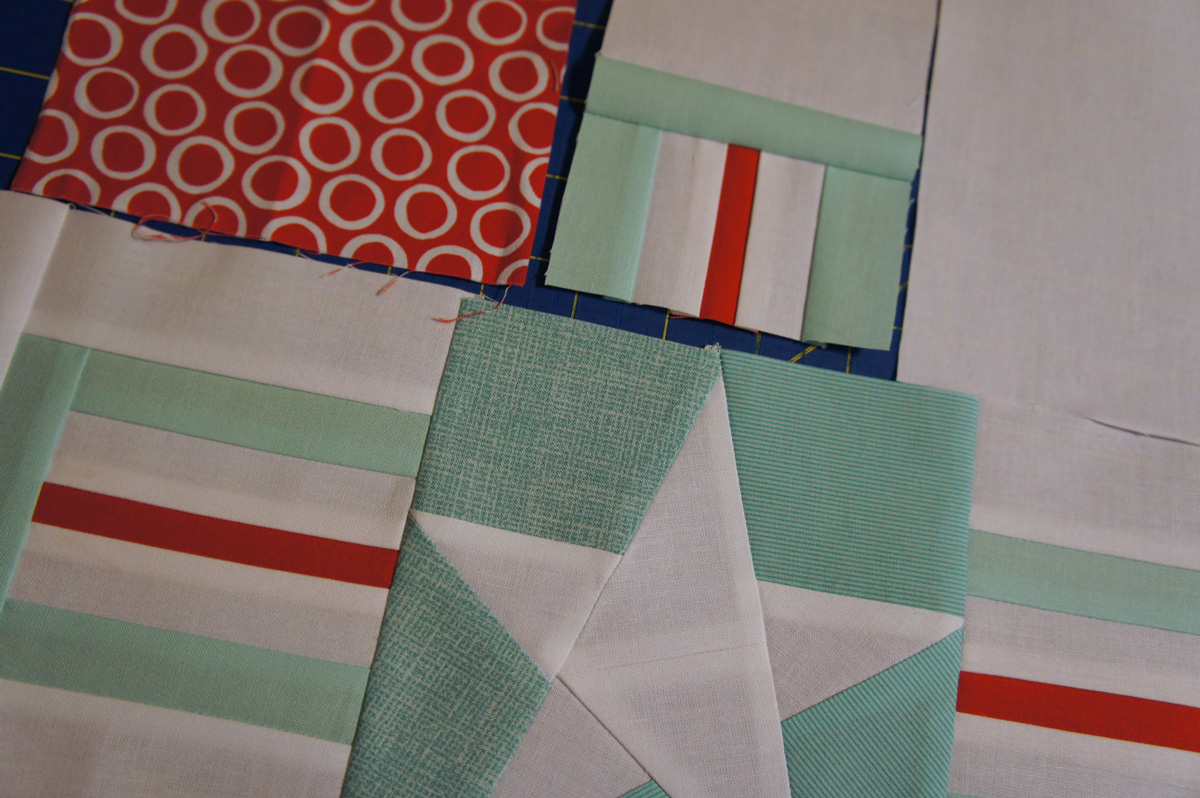 It took a bit but I finally decided what I wanted to do. As usual for me, less is more. With some careful planning, I was able to use up all of that white fabric and a couple of scrappy polka dots. And in the end, I had a pretty star block! 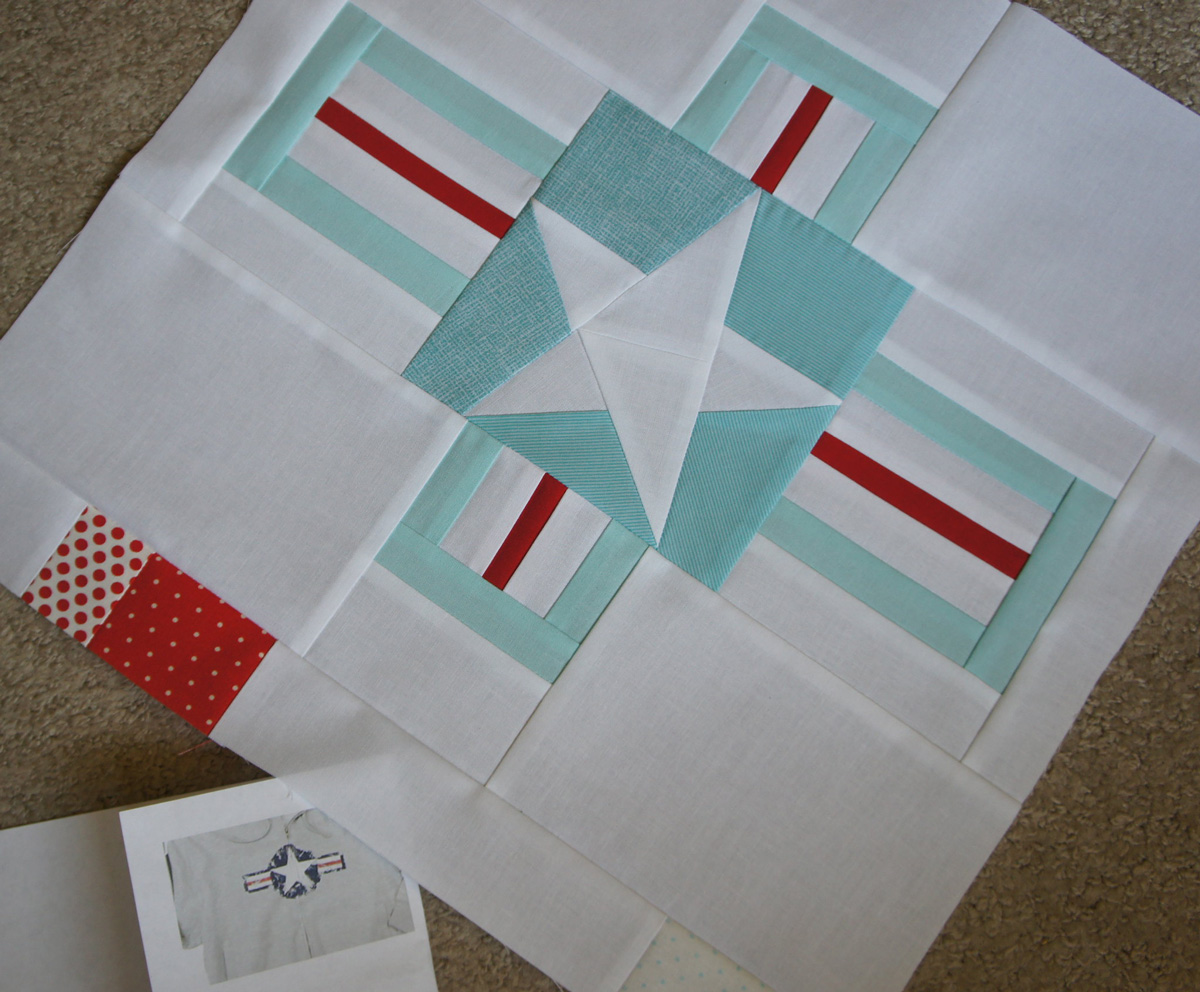