I am in one bee this year (Yay for self control!), the Stash Trad Bee. Stash stands for the fact that we are all supplying our own fabric for each block from our personal stash (which also gives you a lovely opportunity to do some shopping, especially for background fabrics!). The Trad is short for traditional. All of our block choices have a traditional feel to them…we’ve been doing a lot of half square triangles lately and learning to love them. right? right.

This is one of the bees that helped me create the blocks for my cracker scraps quilt (which I will soon ship off to Krista to be quilted). I’ve decided that I like being number one in a bee…meaning I have the first month. I just realized how that sounded. lol

Well we are a few months into the bee and I’ve been pretty successful with my blocks. I was nutso and decided to make Lynne her blocks with 64 or so pieces using FFA double gauze, so that was a bit of a headache…
but other than that I’ve been floating along.

And then came the Arkansas Traveler. This is a beautiful block that I’ve been wanting to try that Lee(or Fresh Lee as I like to call her) designed and used in her Summer Sampler Series. I was busing moving across the country and all that so I couldn’t participate then and I was thrilled to have an excuse to make the block now.

Beachy colors were Lee’s request and I have those a plenty! I happily set off on the block, all the while complimenting myself on what a good job I was doing…how this was sooo much easier than one of the swoon blocks (which I had done the night before). And it was pretty. Really it was. 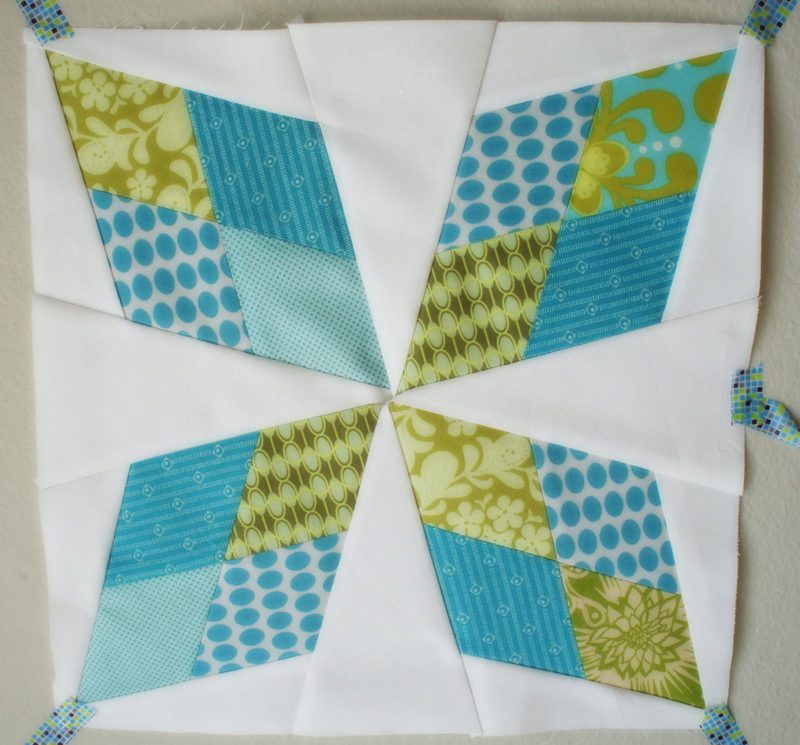 But this particular block ended up in the trash.

People. Never tell yourself that something is sooo much easier….it’s bound to jinx you and set you back another night’s work. Because that block looks pretty but it’s literally disintegrating at the seams. I didn’t cut the diamonds correctly or I didn’t sew them correctly or I don’t know what. But here you can see that there was just a bit of a problem. 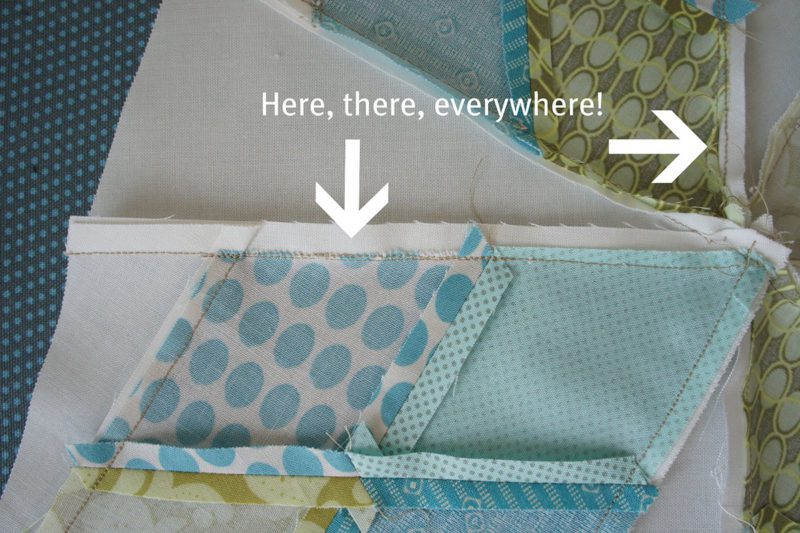 The original instructions give a combo of regular but angled piecing followed by some paper piecing. I can do both usually. But my mojo was OFF. I tried desperately to make this block work but as I pulled away the paper, the seams just fell apart because there was not enough holding them together.

FAIL. And right after a big swoon battle. Sigh.

So I put the block aside. Thought about how I should make it so that I wouldn’t mess up again and decided that I need to paper piece as much as possible. In the end, I sort of used part of the paper piecing section as a template for the diamonds to make sure that they were plenty large and it worked like a charm. When I had the energy to tackle this again, everything ended up great…and happily Lee has the block now. She says she likes it. 😉

So there you go. Another trial…definite error…and eventual conquering. No pattern will conquer me!

14 thoughts on “Arkansas Traveler – It’s been a journey”