Well what can I say?  Life has been busy and then exhausting.  I feel I have so many things to blog about but I just haven’t had the time or energy.  I hardly know where to start.  But I figured I should share one of the bigger trips that I’ve been on lately…and perhaps you’ll be interested to see my view of Spring Quilt Market 2015 and enjoy lots of eye candy here. 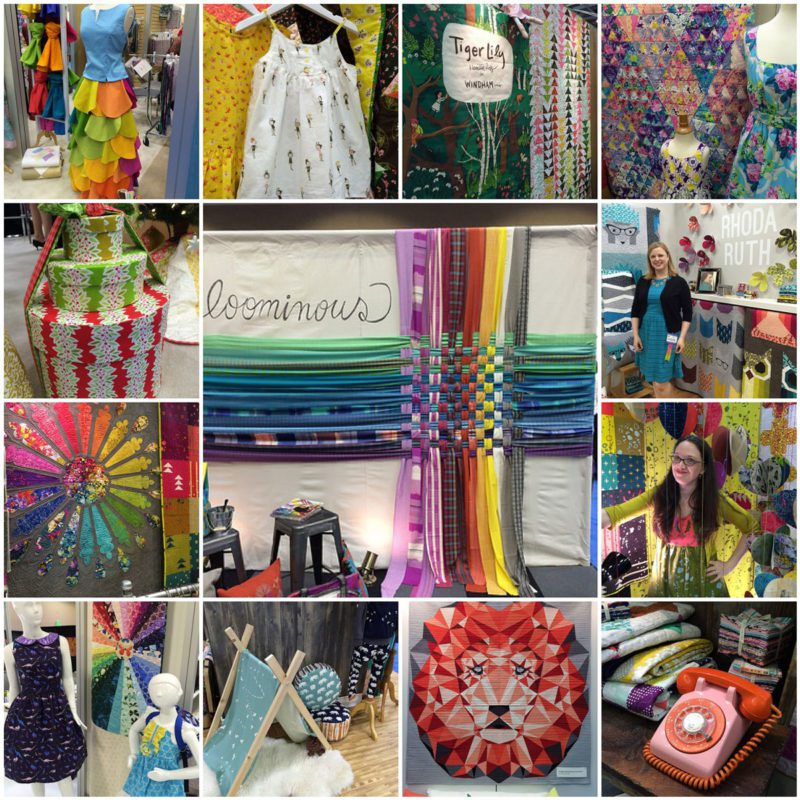 This is the third time I’ve attended Quilt Market now.  I’ve been to the three most recent ones.  And I have to say, there is something different about the third time.  I’ve lost the novelty and terror of the first one ( I had a schoolhouse and my first book signing).  The travel is getting a bit more easy…just a bit.  And I’m getting used to the wondering throughout the floor, chatting with designers and companies. 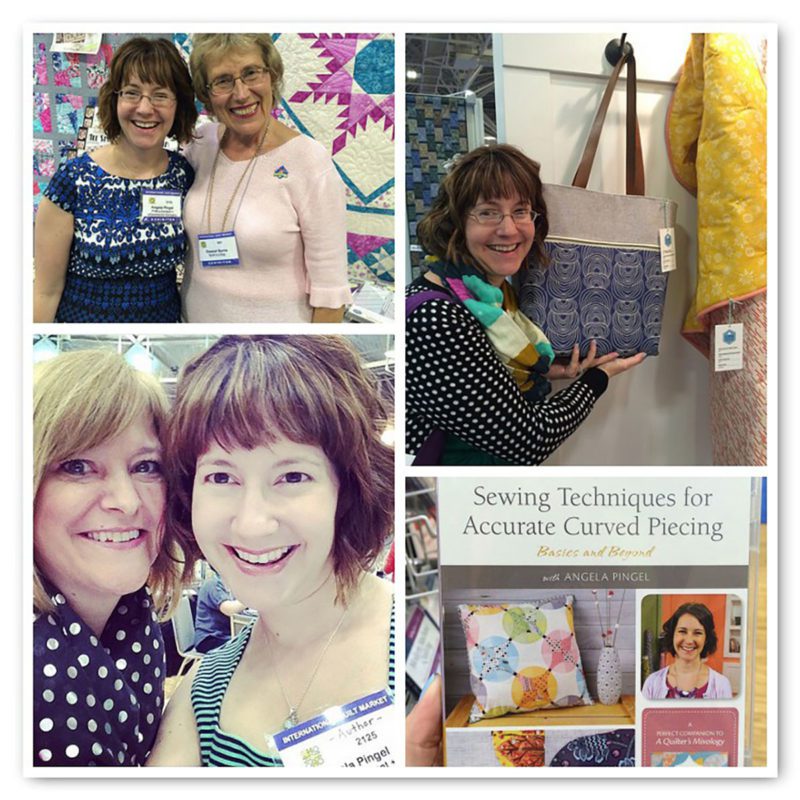 To my dismay, this time, I woke up the first day that the floor was open with an eye infection.  Unfortunately my eye doctor could not call in a prescription to another state without seeing me in person (clearly impossible) and I found myself in the position of trying to find a doctor and a pharmacy in another city without wasting too much precious time.  I think it made me a bit extra tired…it was an infection after all.  But I tried to take it in stride and hit the floor running. 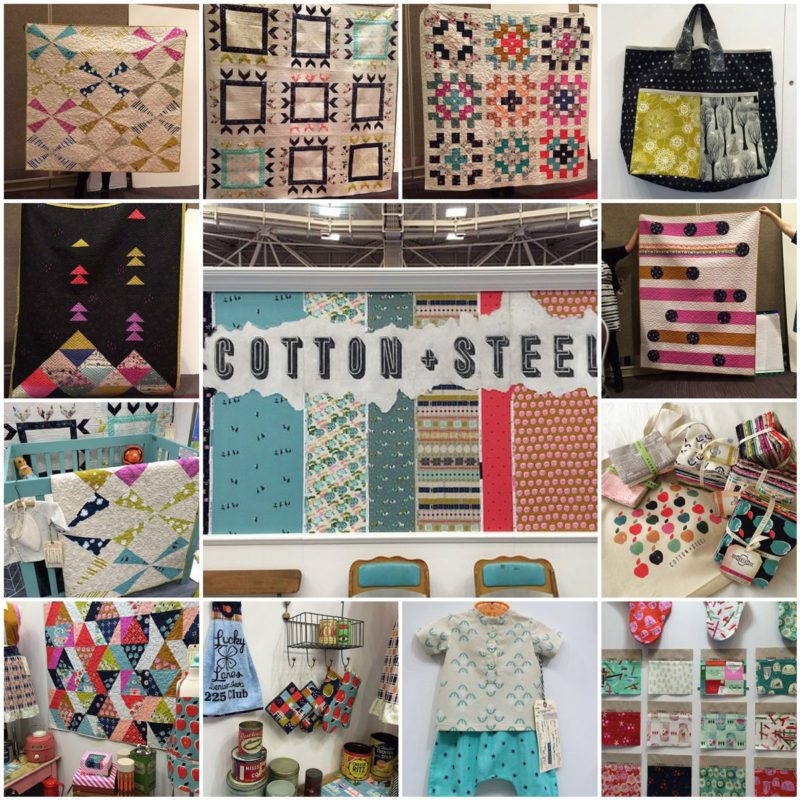 Cotton and Steel continues to be epic in their endeavors to create beautiful individual but coordinating collections.  They were reflecting that this was only THEIR third market.  So hey! I have something in common with them. We both debuted on the floor at the same time.  😉 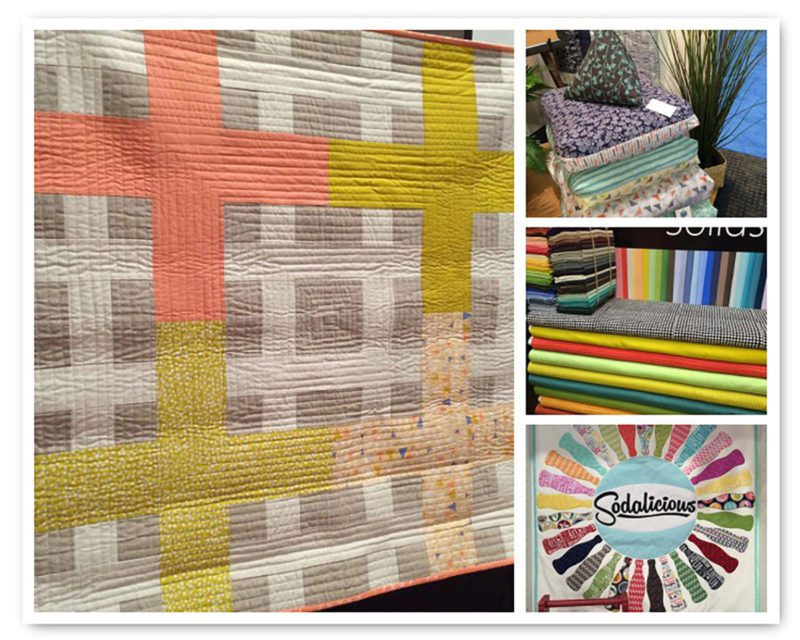 The room was FILLED with inspiration and HARD WORK from so many talented people.  It’s a little surreal when you find yourself surrounded by so many amazingly creative people in one place.  It must rock the world off its core for a moment.  But as easy as it could be to get star struck or overwhelmed, you have to remember that this is their JOB.  It is work and they are there to work.  And they do.  They work hard. (which may entail some playing hard later on but trust me they deserve it) 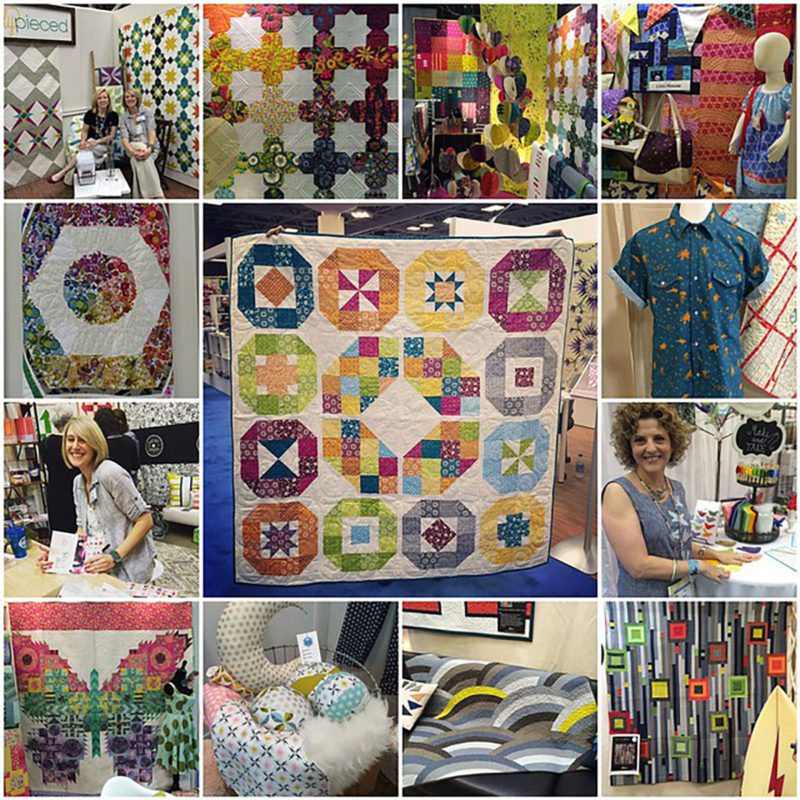 I myself was happy to be there for a DVD signing for my curves DVD that came out in January.  For one, I learned a good way to sign DVDs. Tip! Take the plastic packaging off or you will lose the signature as soon as it is opened.  lol  But the trip was filled with lots of other book signings going on and somehow I missed them ALL.  Darn it.  There was also lots of pins being swapped here and there and everywhere.  I gave out a good 100 just by personally handing them to people…and I think that’s pretty good.  If you had a booth, it was easier because people could grab them from a container somewhere in your booth.  But I was carrying those guys around the whole time. 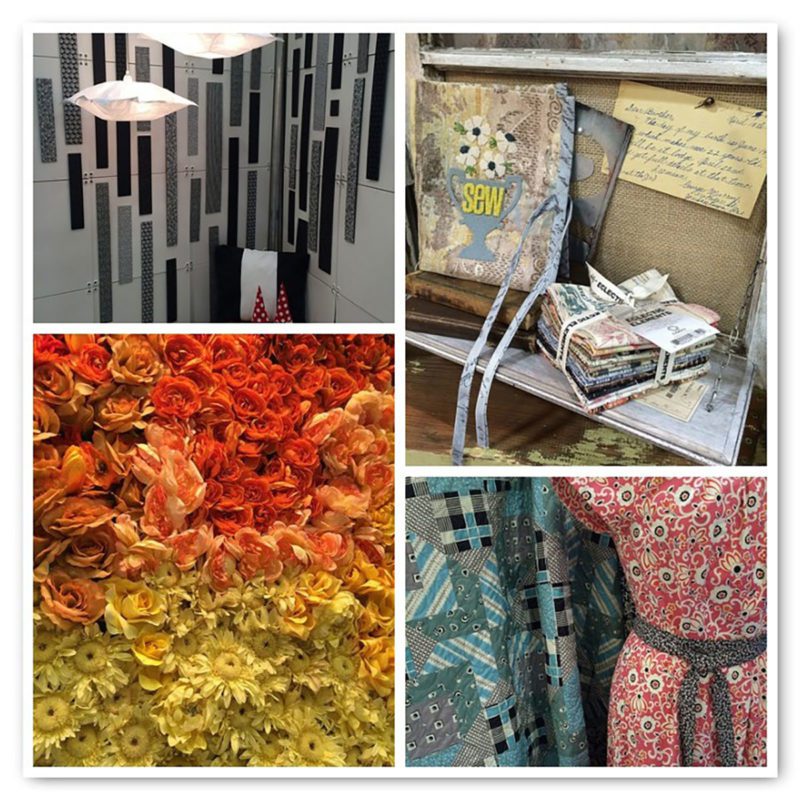 Minneapolis proved to be a chilly but hospitable city and their convention center was less confusing than many.  New friends were made and old friends were reunited.  Time will tell if I end up at market again.  I’m taking one trip at a time.  Soon I will be in Kansas City teaching the Modern Quilt Guild there!  I’m already nervous and excited for that next trip.