Oh it’s looking like Christmas around here! I decided to wrap some presents today simply to tidy up the space where I had been stashing presents. It was getting completely out of control. This looks much better. 😉 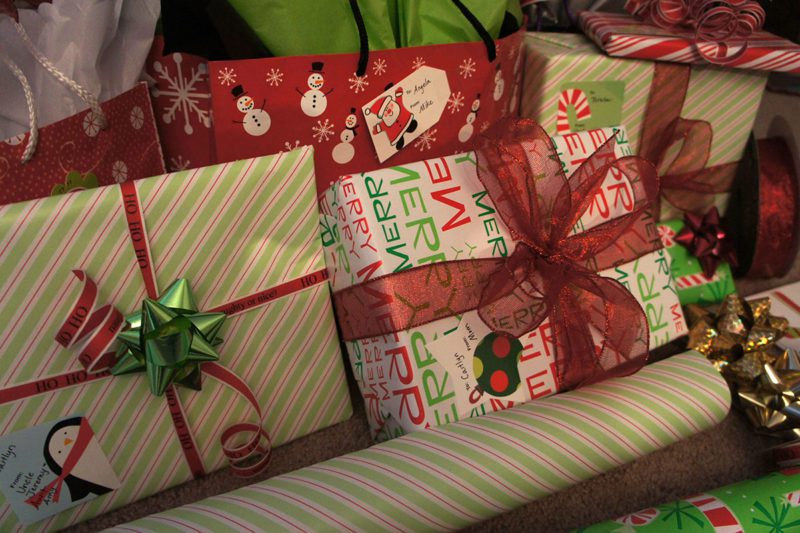 I’ve been sewing and stitching and organizing and cleaning…and of course, as is par with the holidays, I still feel behind. But I’m trying to be reasonable about what I can accomplish. So far I’ve been doing pretty well. I whipped up a miniature version of the tutu that I made for Caitlyn for her birthday to suit a little doll. 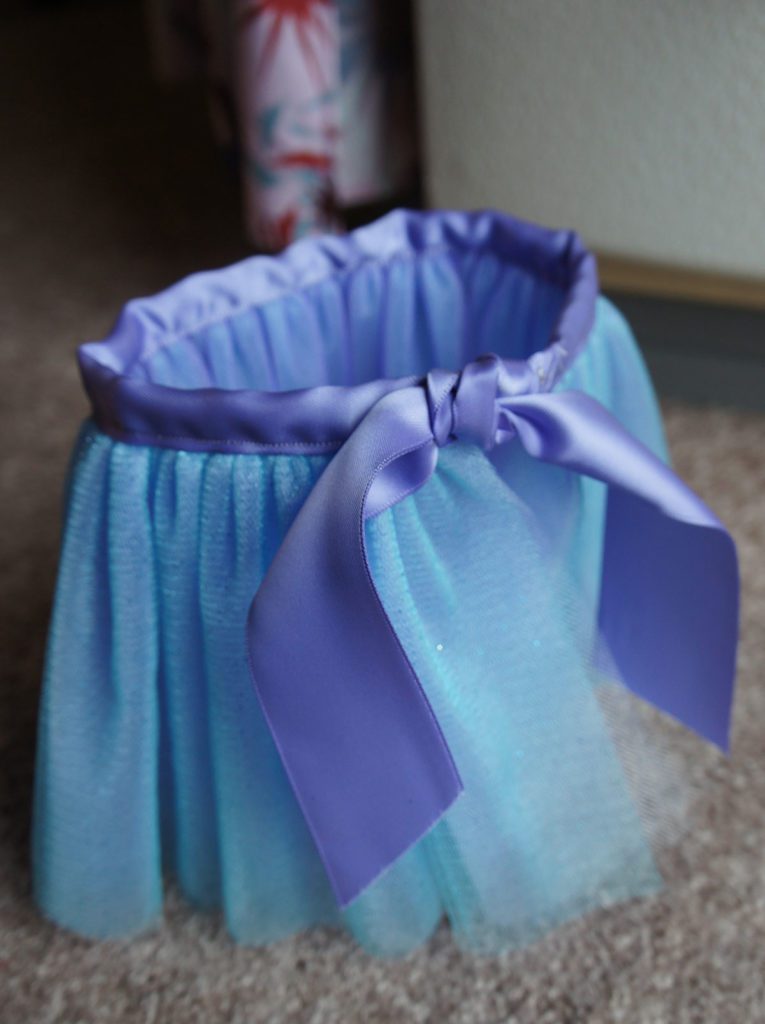 Here’s her Alice doll showing it off. Someday I think she’ll appreciate that they have matching tutus. 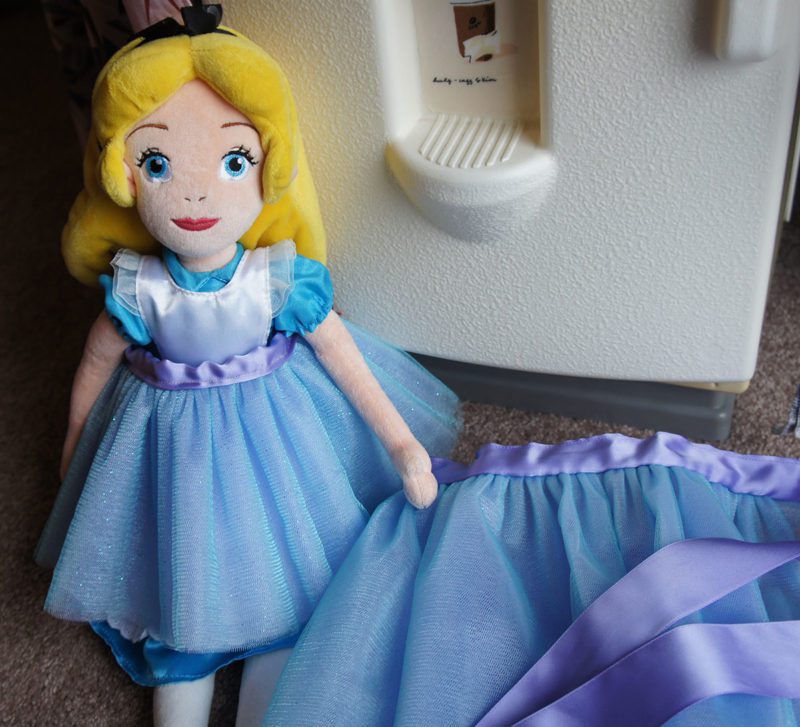 I’ve been on a mission to make Caitlyn herself some clothes for Christmas. At some point, some sweet person in a swap sent me their pattern for The Sunday Brunch Skirt (and jacket) by Oliver and S. I’m planning on making Caitlyn’s Christmas dress this week from another Oliver and S pattern, so I wanted to get an official clothing pattern of theirs under my belt before I do that. 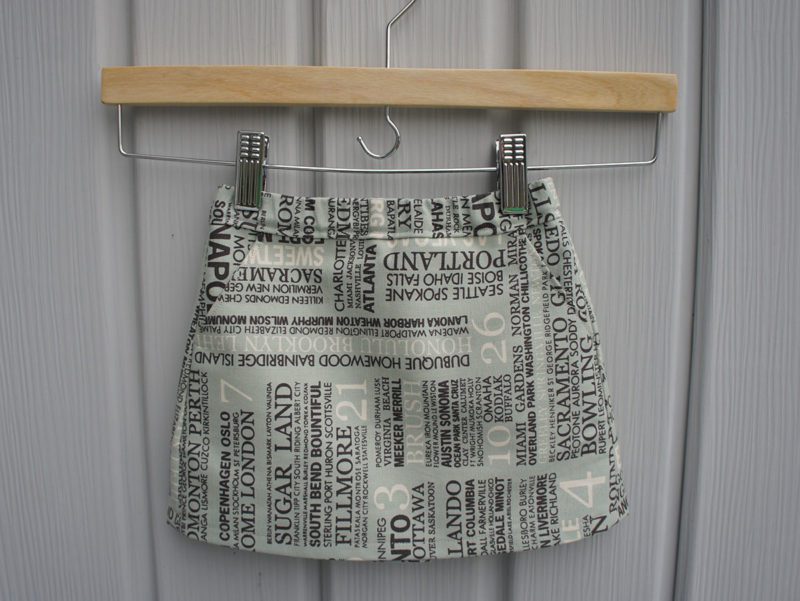 Again, I’m having some mixed feelings on how this company handles waist bands. I had some issues with the tutu directions as well. I do love how they put the pockets in the skirt though…that’s a tip I will use again. 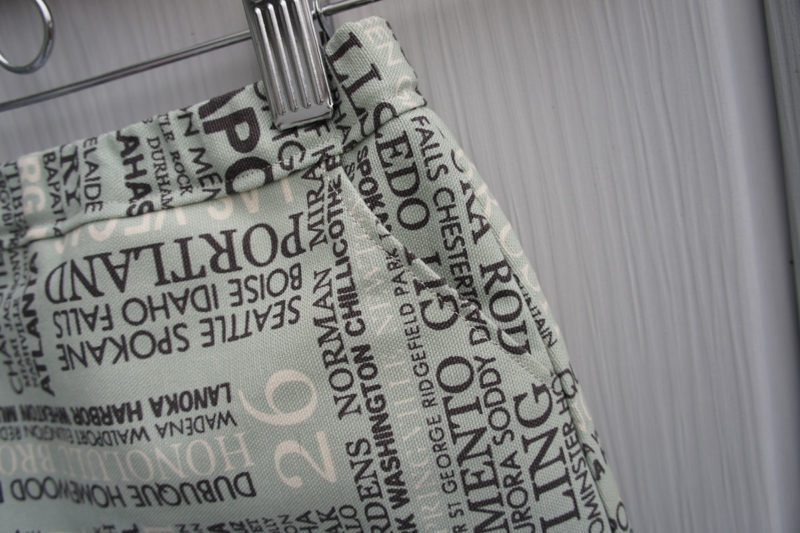 The back has a little kick pleat that had some interesting construction on it as well, but I’ve never done that in a skirt so I’m not sure how it compares to other methods. 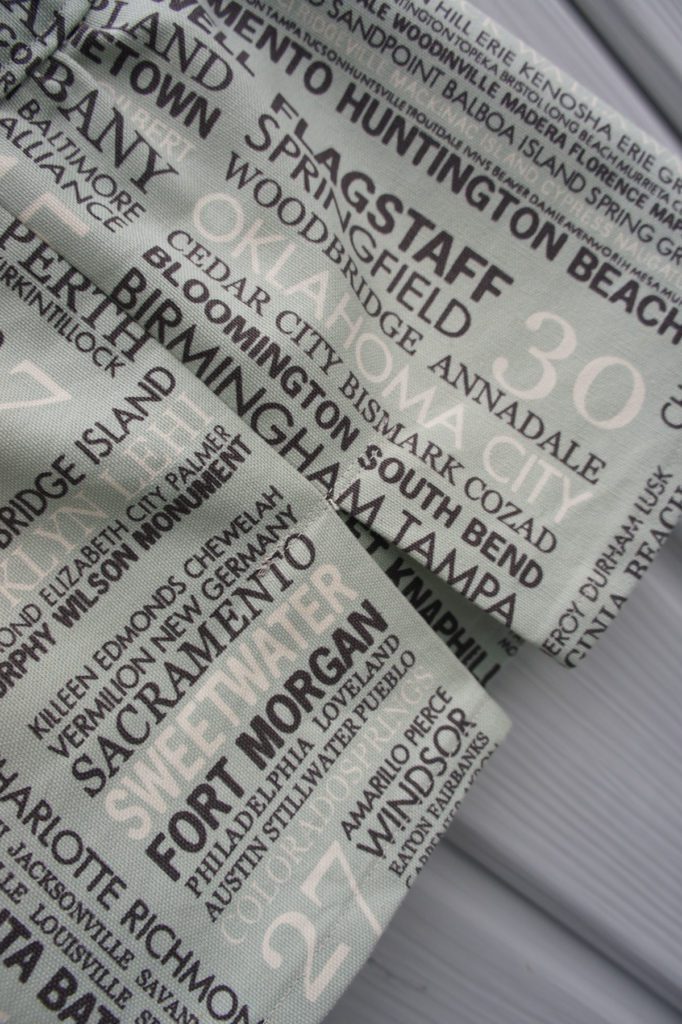 This back waist is the part that I didn’t feel the pattern explained all that well. I’m not really sure why they didn’t just gently gather the back of the skirt. Any insights from anyone who’s made this pattern? I essentially had to gather by pinning carefully. Confusing… 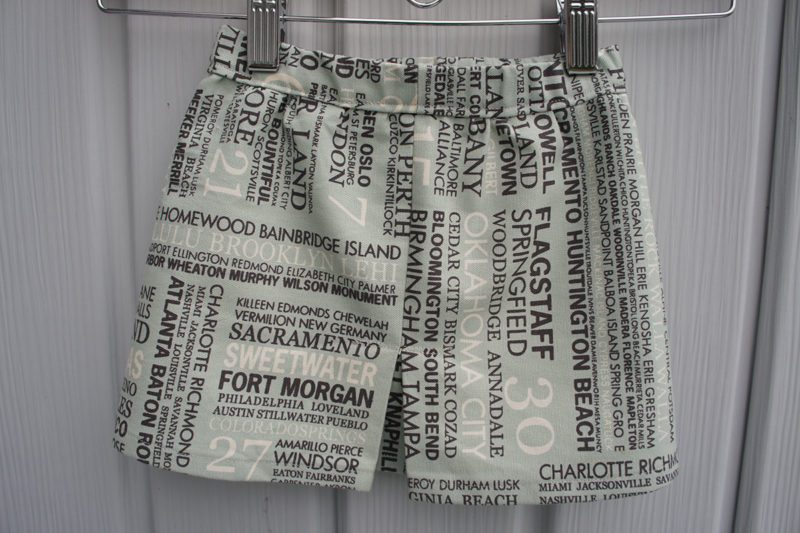 You will probably recognize the sweet fabric that I used for the skirt. I had some left over from one of my Moda bakeshop quilts. It is a Hometown print by Sweetwater. Look! There’s South Bend! 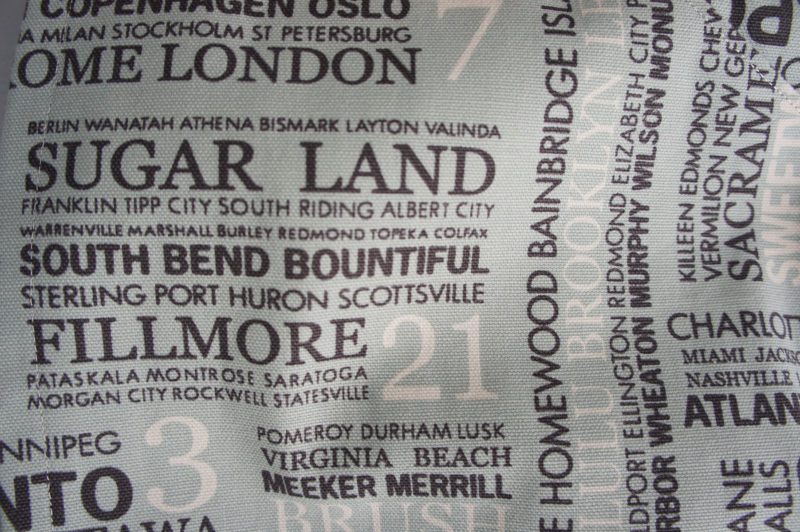 It turned out really cute and I was pleased in the end. And it fit Caitlyn reasonably well. 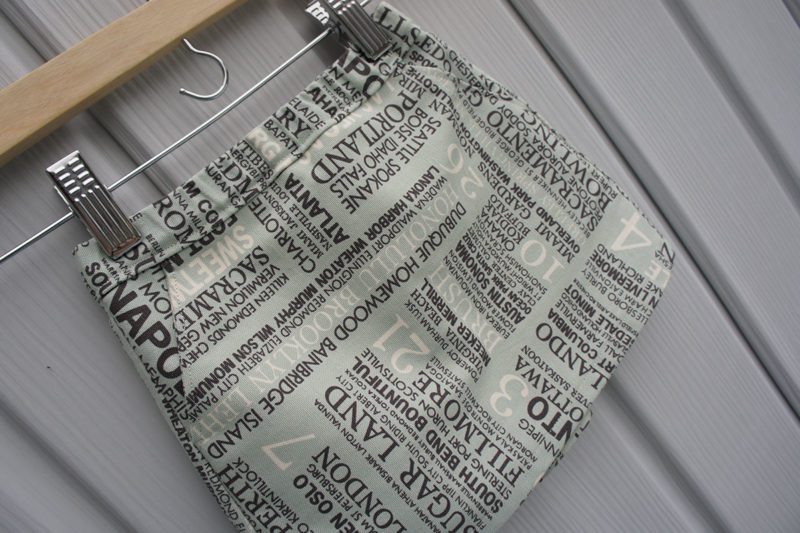 Only sneaking Mommy’s wallet out of her purse enabled her to stand still long enough for me to snatch a picture. 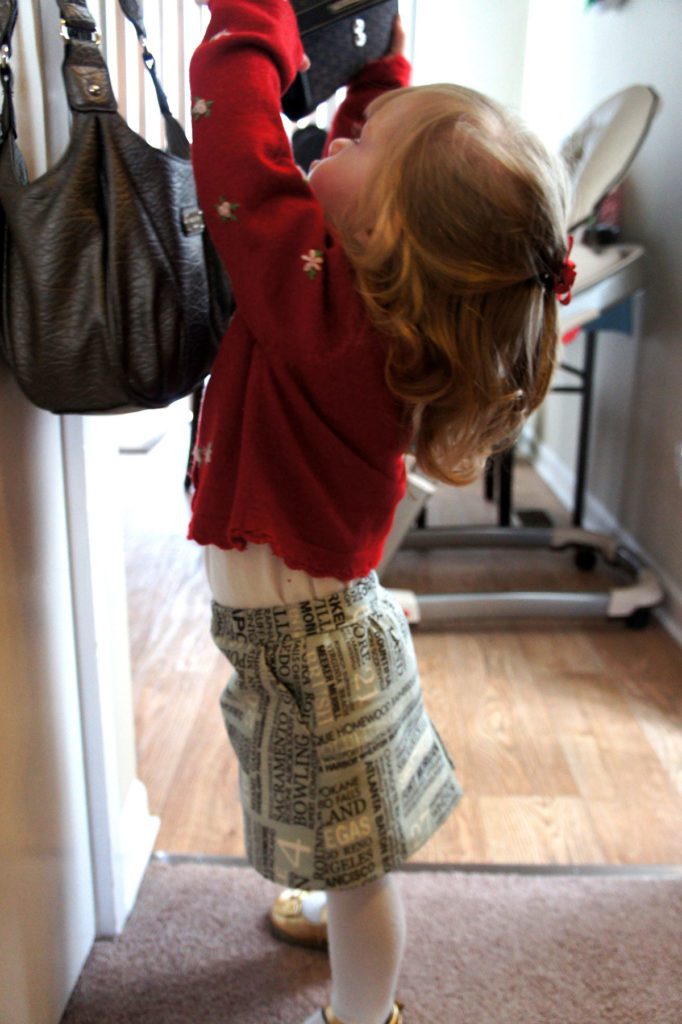 And a fuzzier version on my phone at a party later in the day. 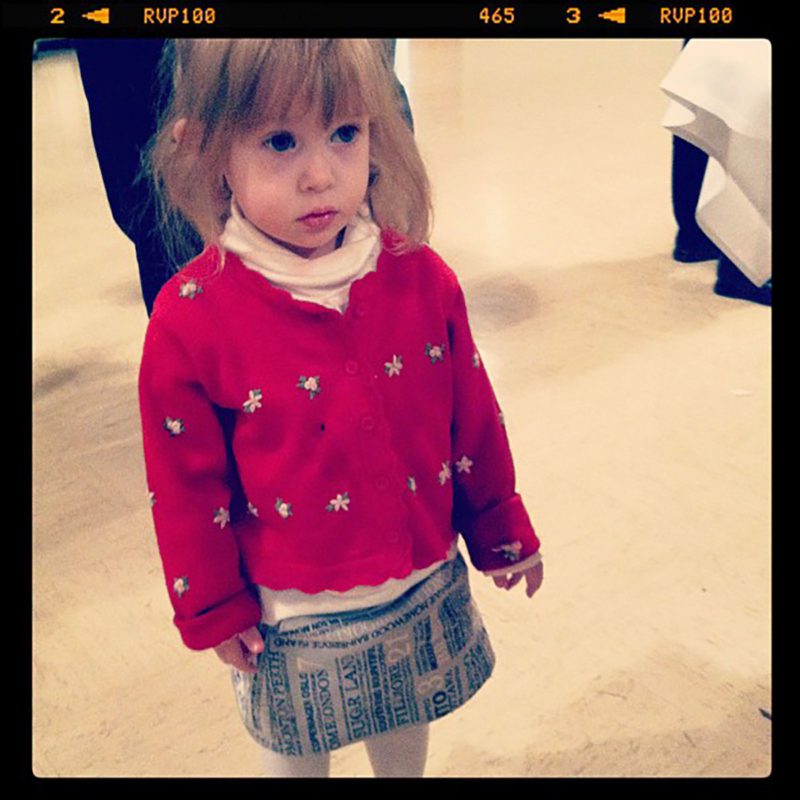 And I know I’ve inundated you with pictures, but you have to see my out takes from attempting to get a photo of her. Let’s just say that she is definitely two and she wanted NO part in it! These crack me up!! 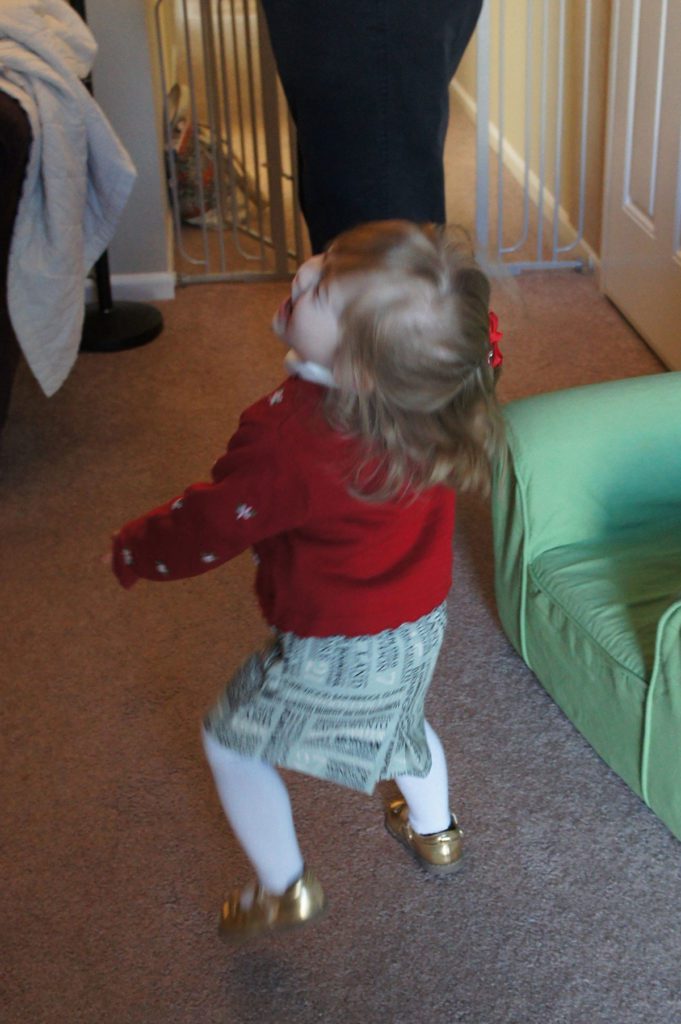 Flailing back on her chair in disgust 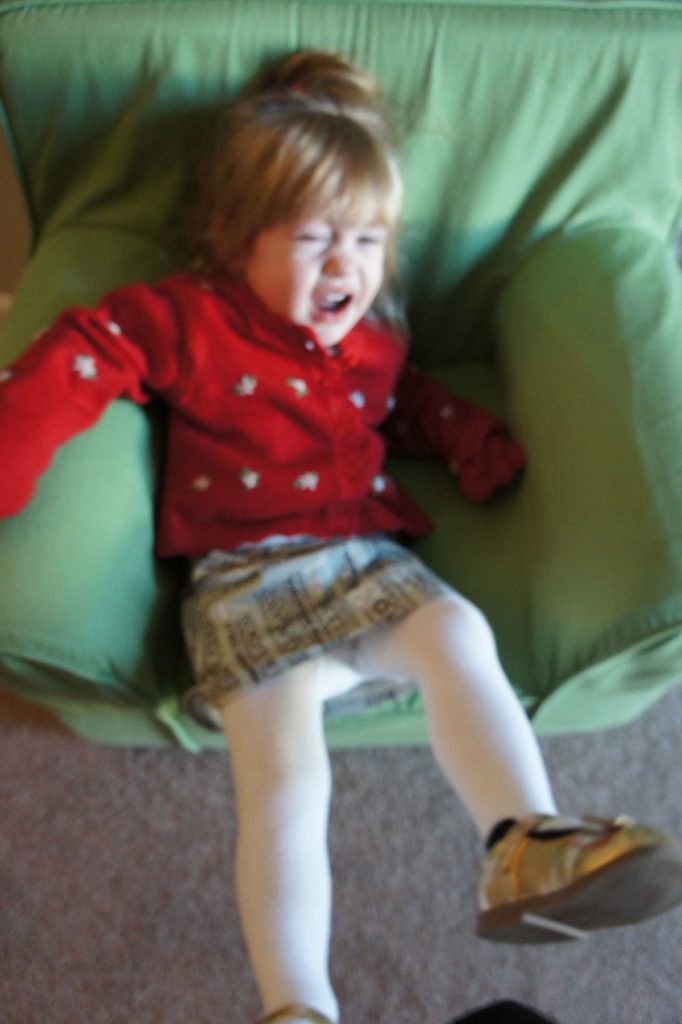 You would think I was doing something other than standing there with camera. Nope. She just REALLY did not want her picture taken. I hope she gets past this phase. Because she’s too cute not to take her picture. 😉

10 thoughts on “Christmas is coming!”