Well, today was the big day for my friend!  She’s now officially a Mrs.  And though I still need to go back in a few days to the reception building, for the most part, the decorations are complete!  And I think the fish were definitely a hit! 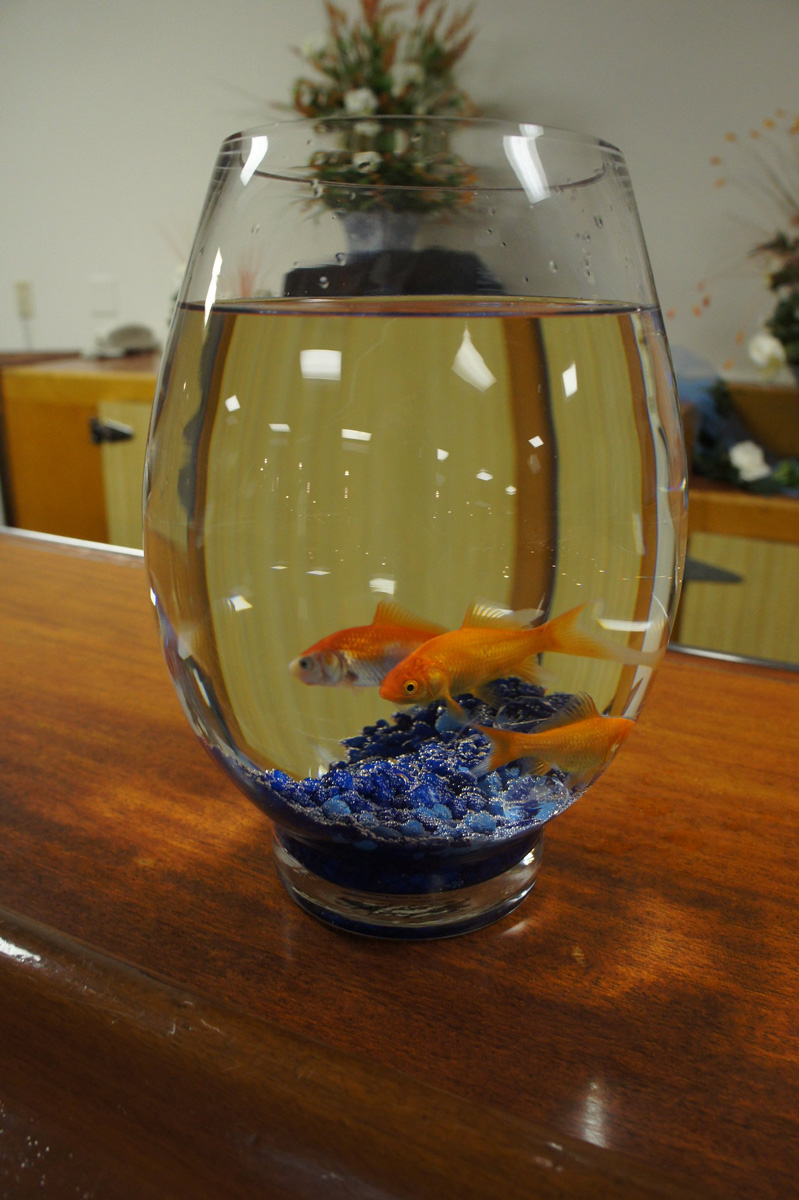 The wedding colors were cobalt blue and orange, so the fish definitely worked right into the color scheme perfectly.  Goldfish with some variations of blue stones and a few crystals were the talk of the reception.  There were 30 fish and I think we only had one casualty.  Not bad! 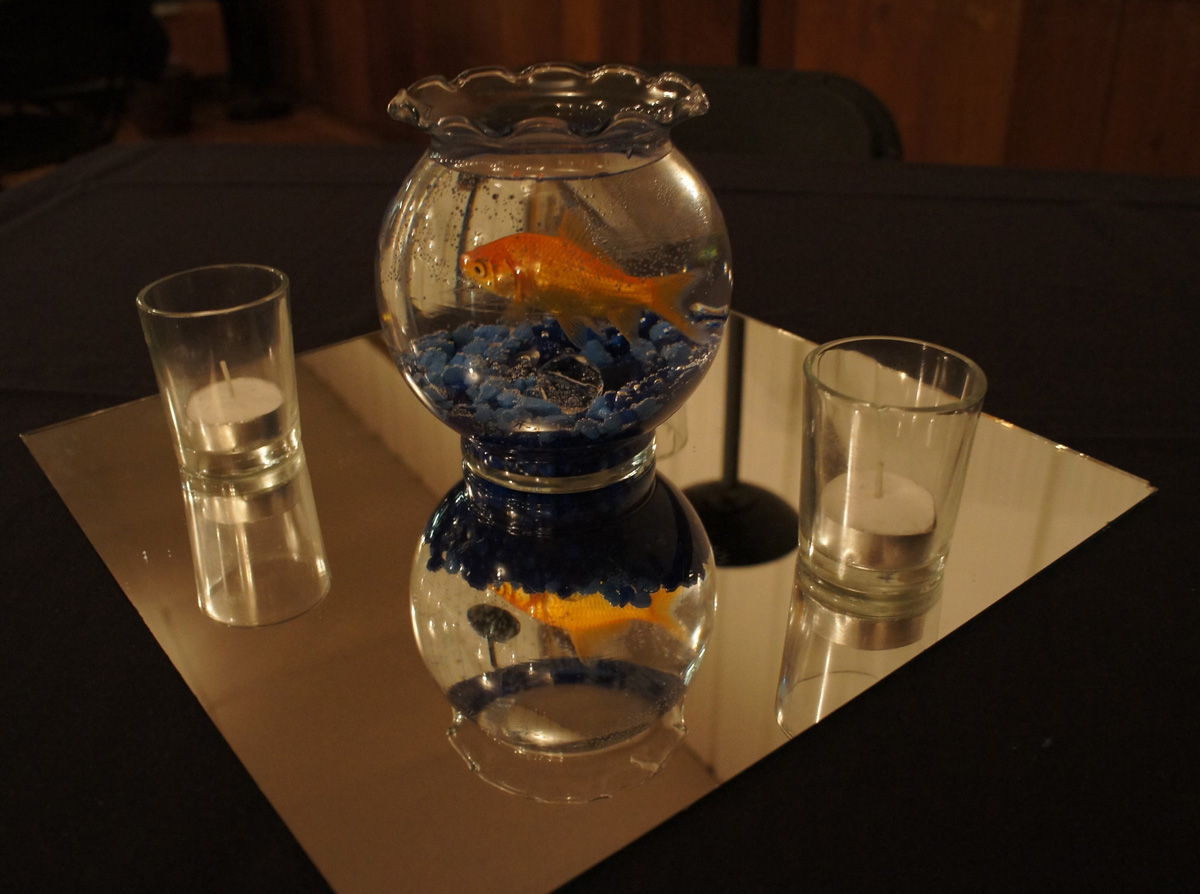 I ended up putting the fish where I thought small children would have the least access to them. 😉  I think that helped with the lack of casualties.  So there were fish in the main bar room, along with two bar areas, and on the head bridal table.  Don’t worry, the kids saw the fish quite a lot…they were just more supervised in those areas. 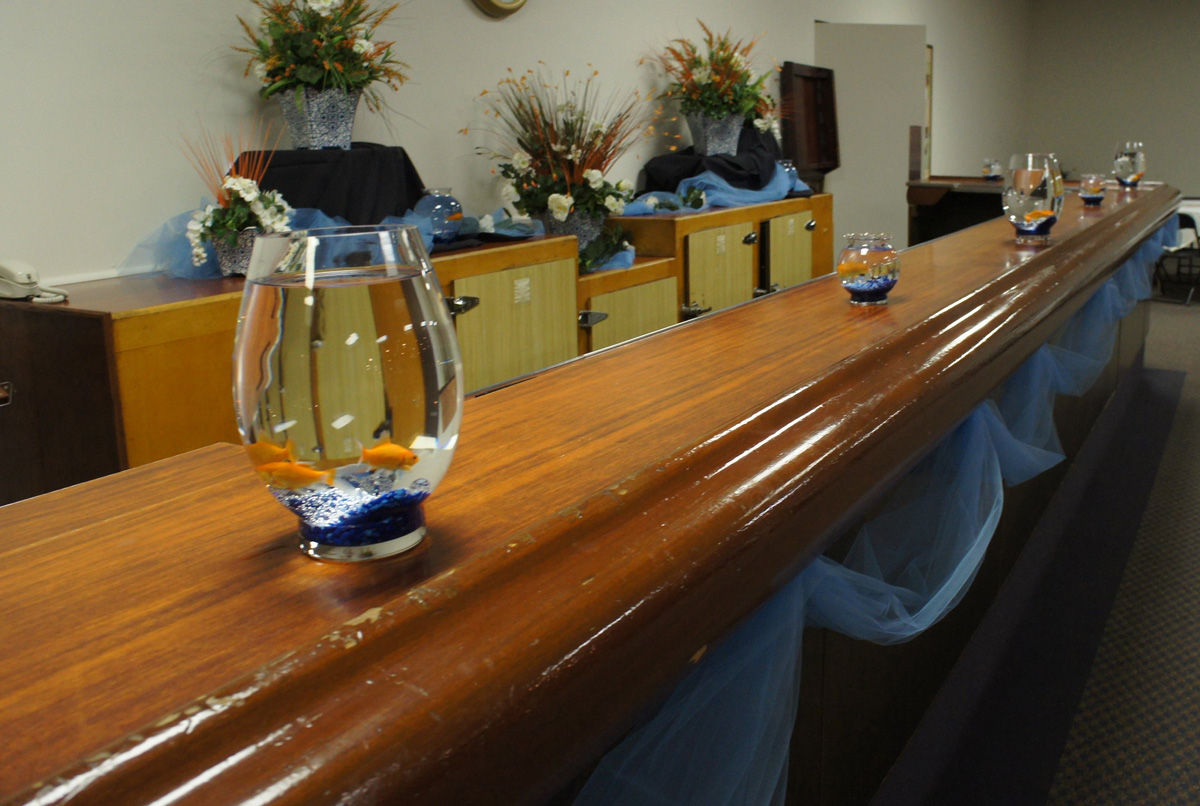 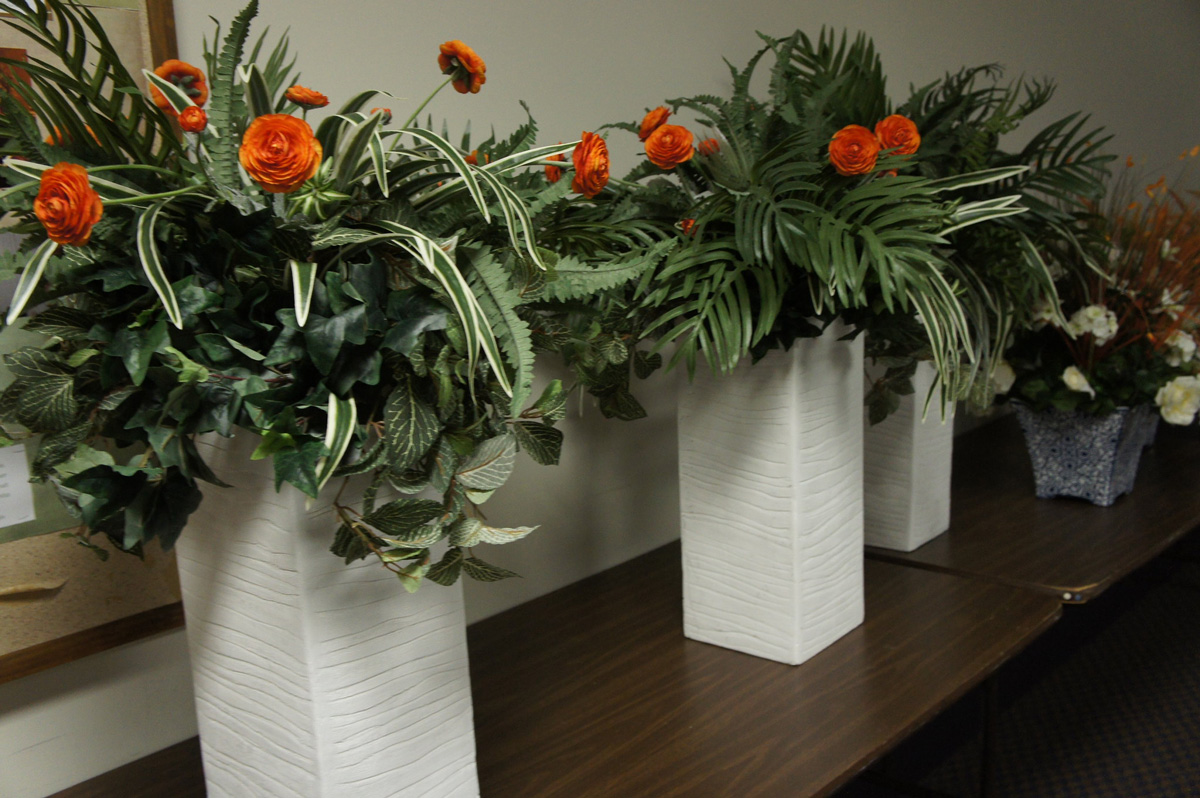 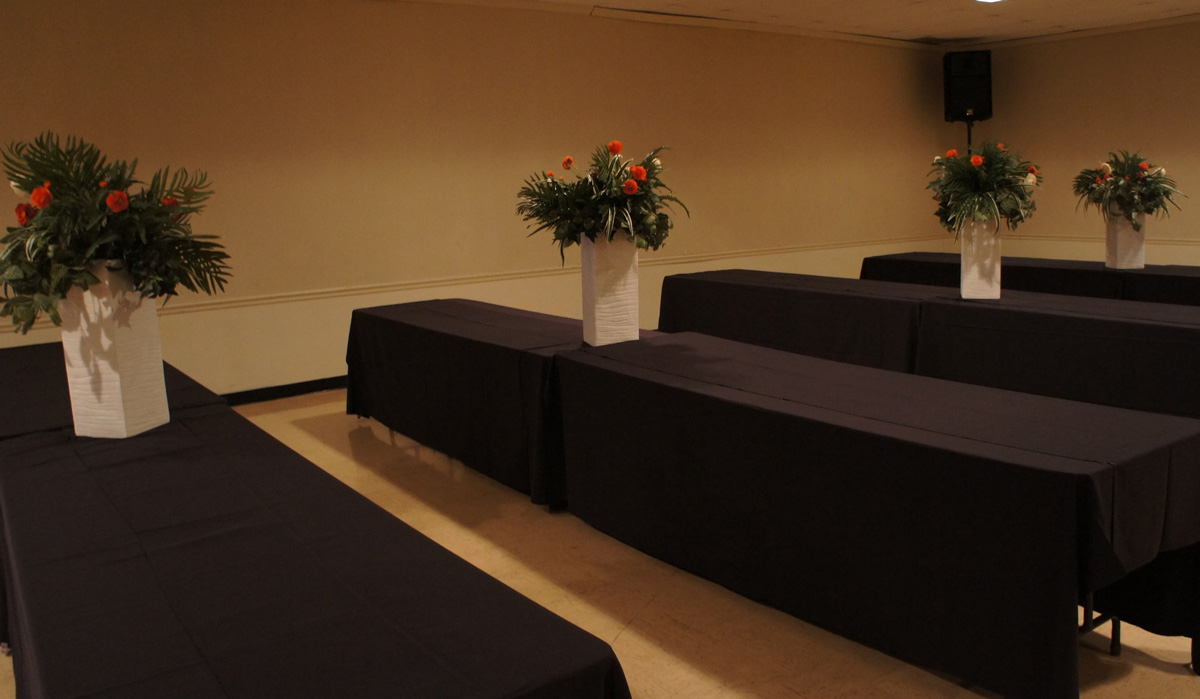 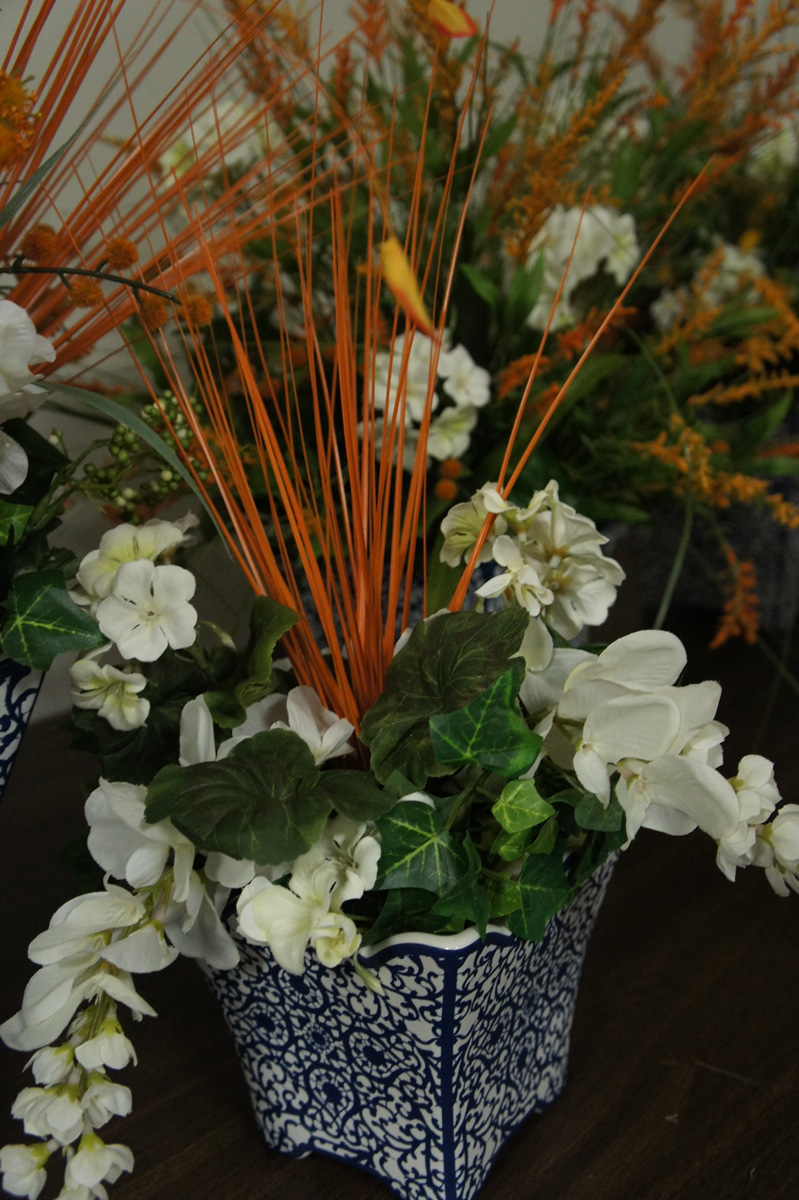 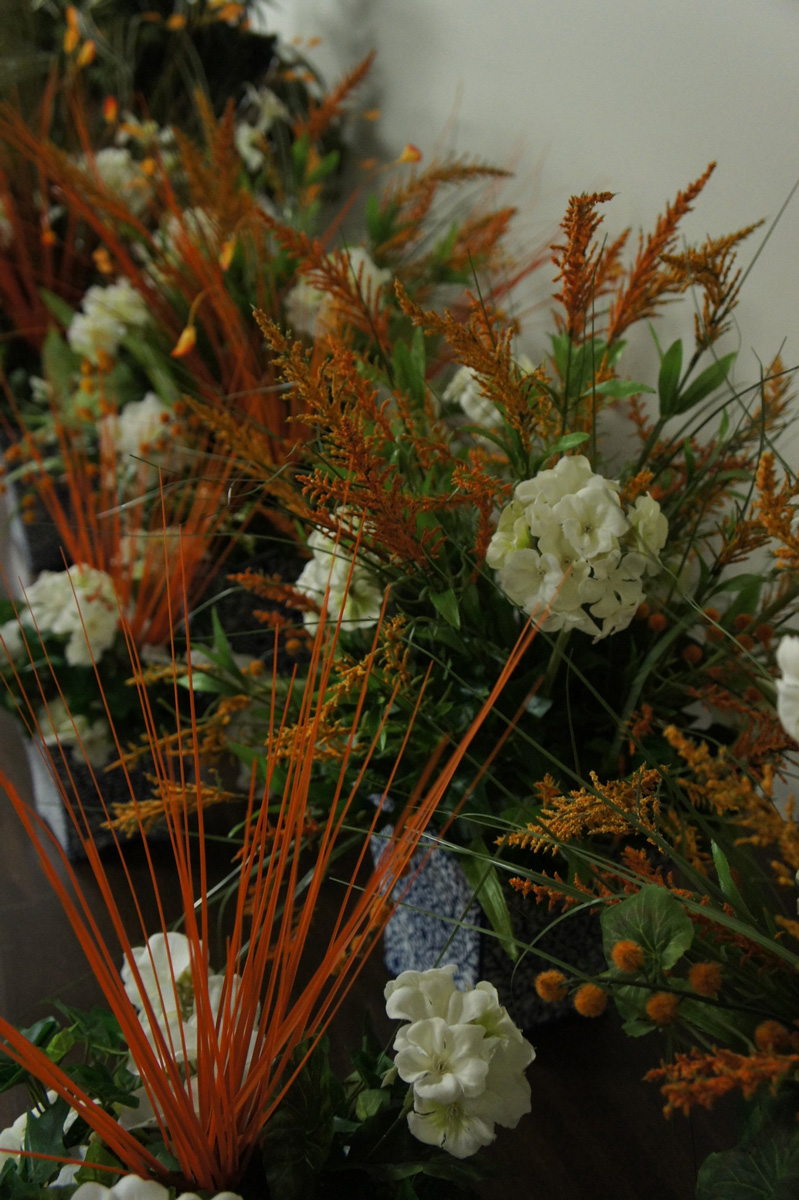 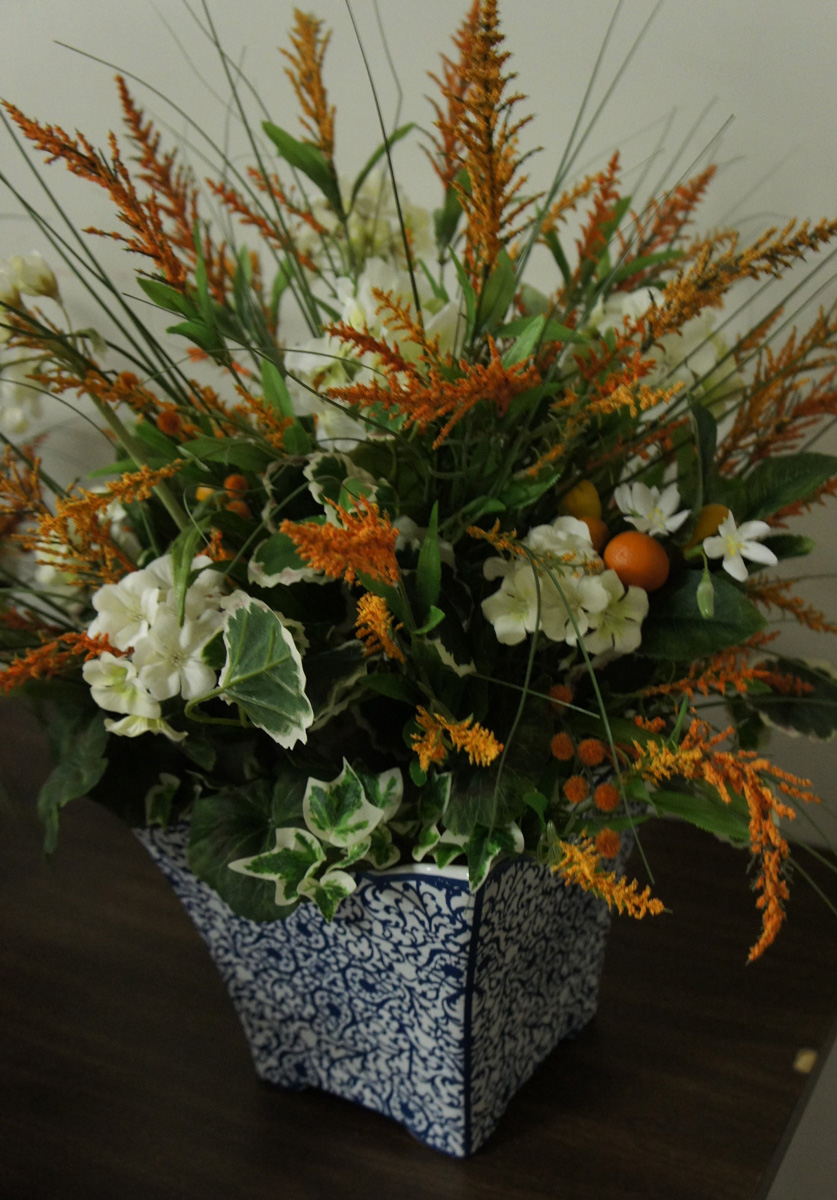 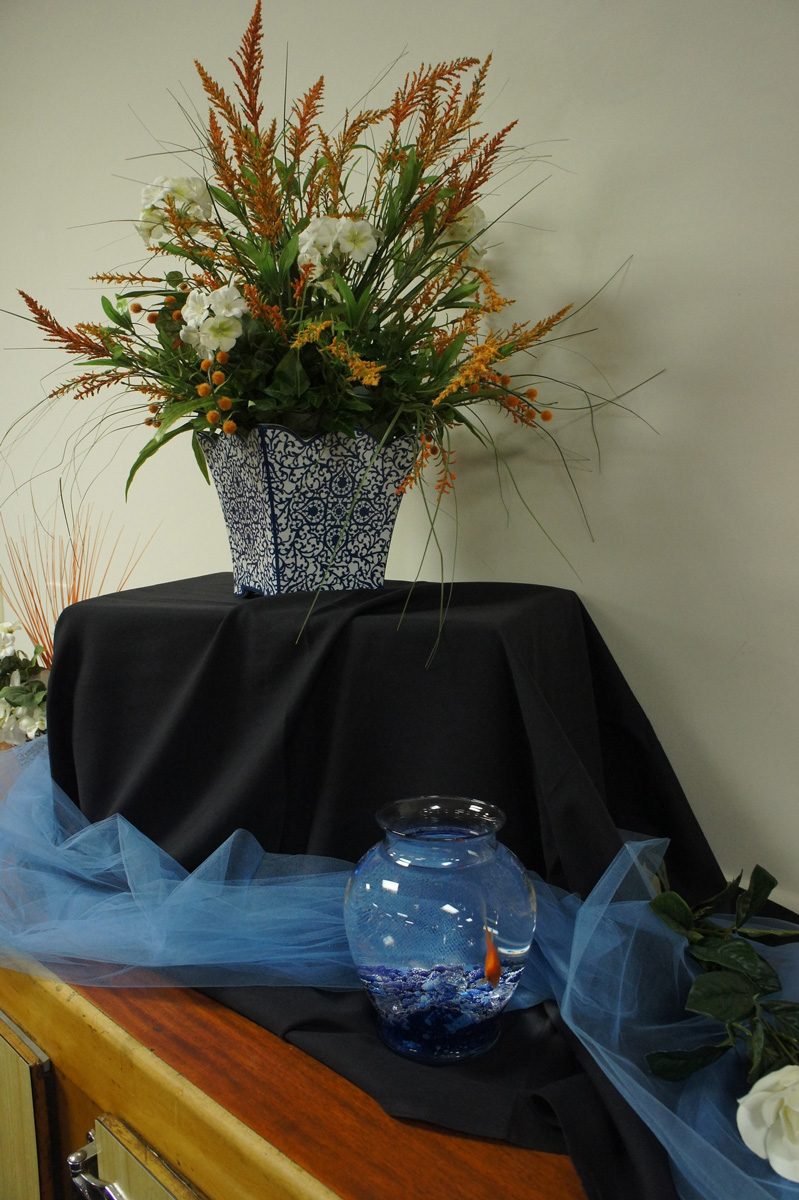 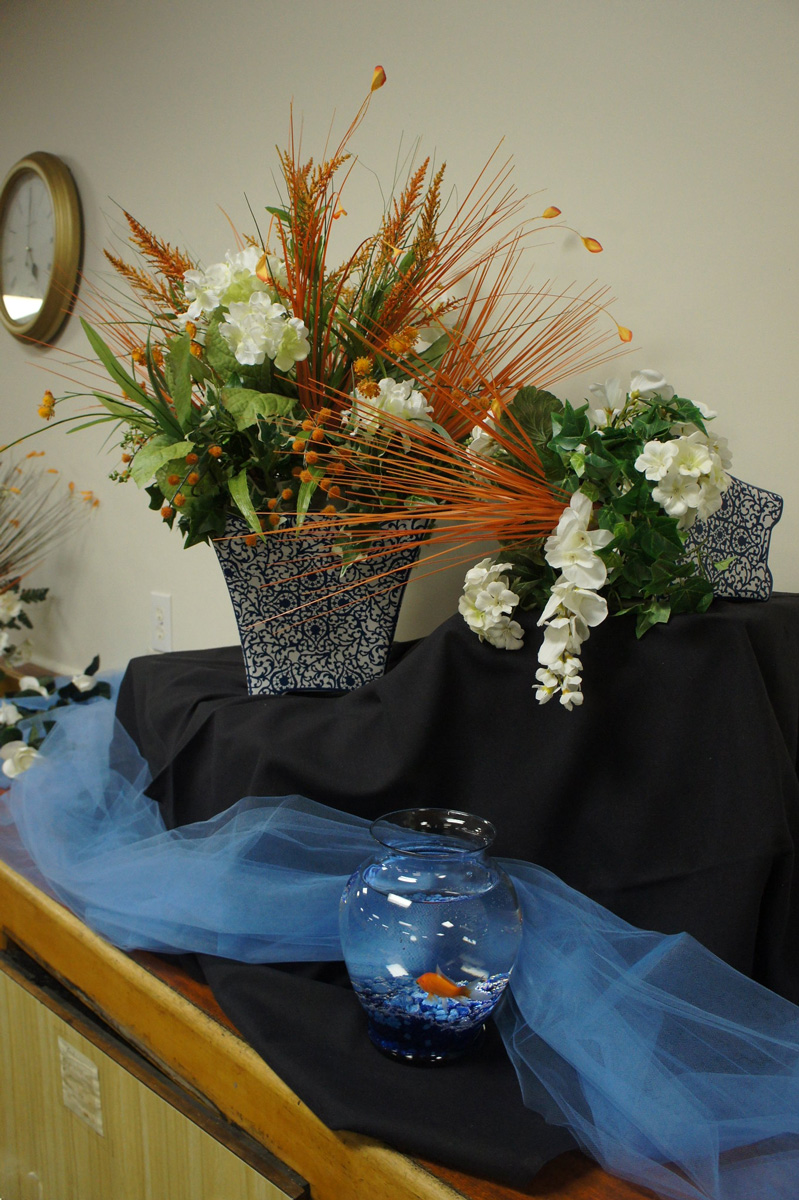 I continued the blue theme throughout the hall with simple decorations of multi-colored blue water. 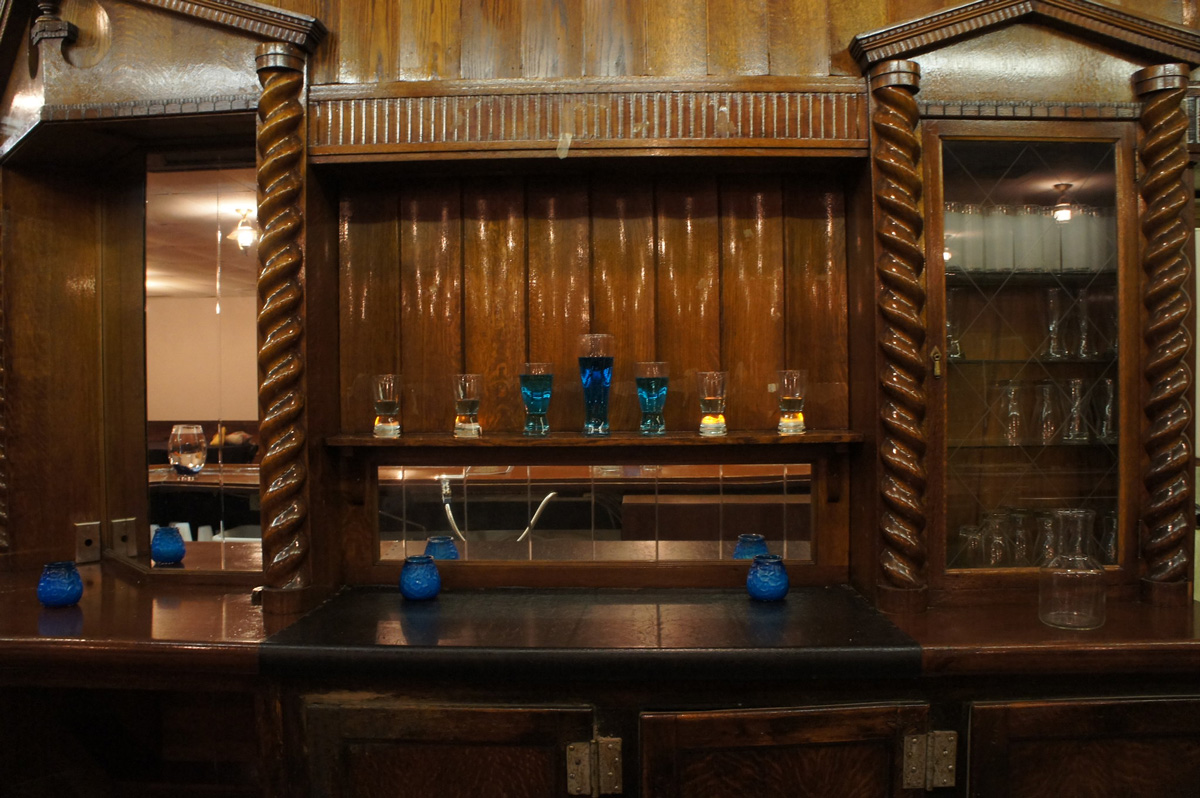 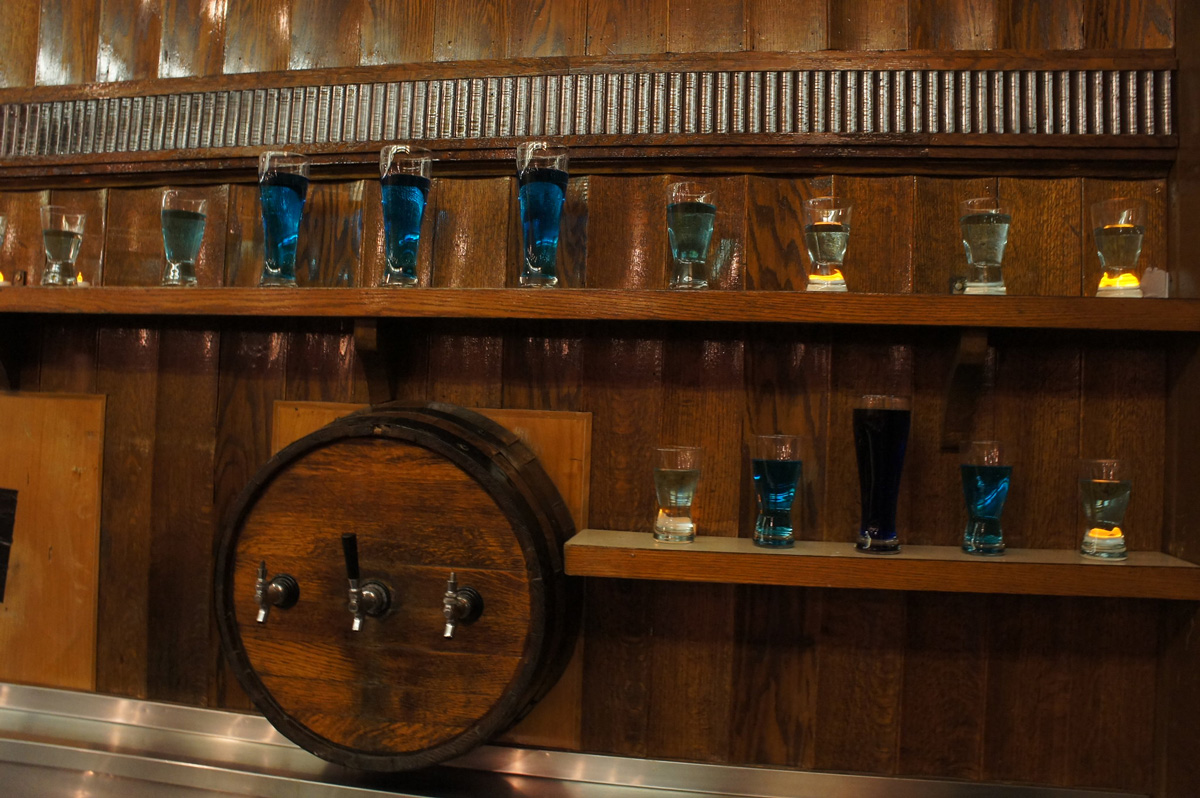 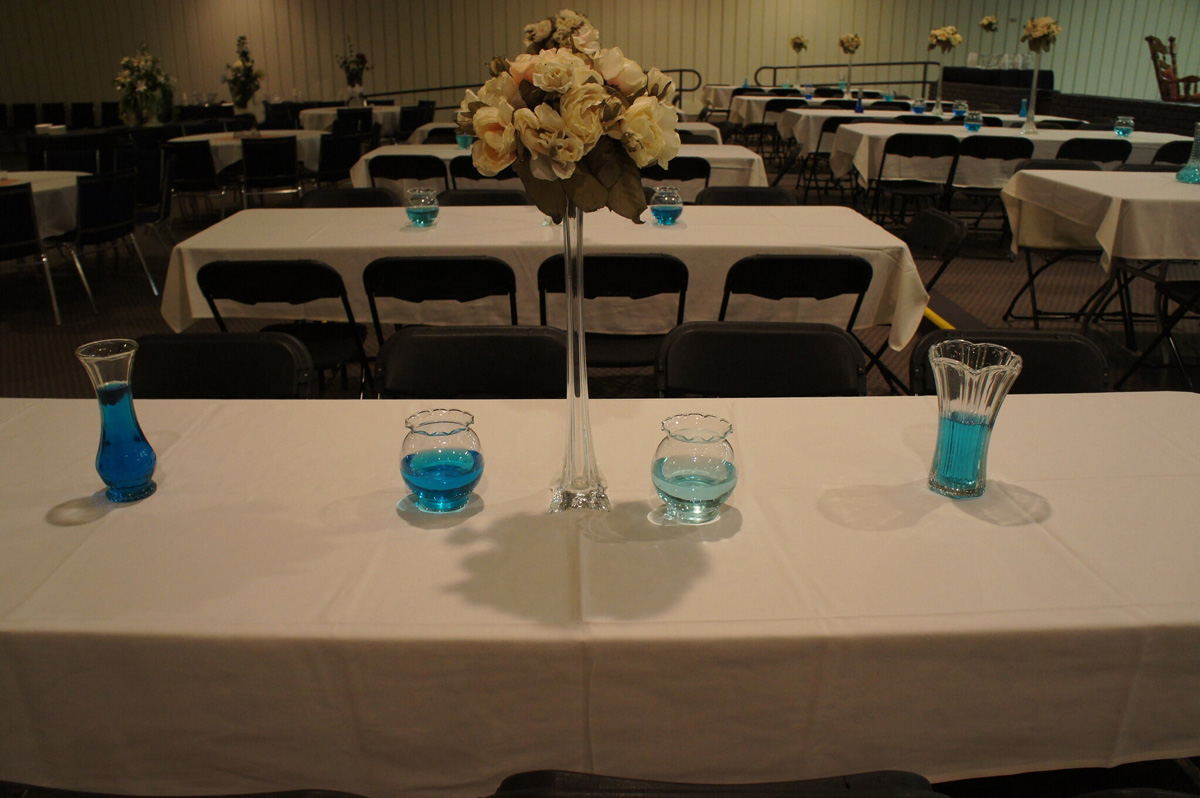 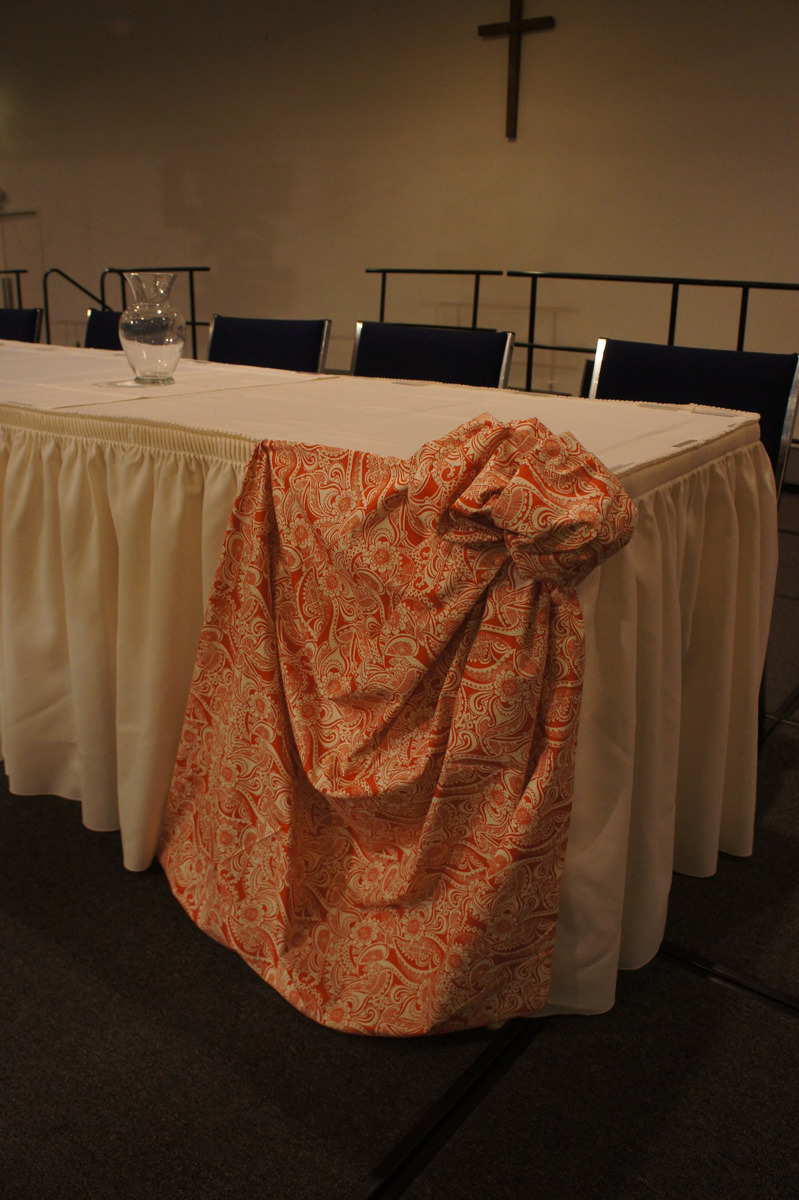 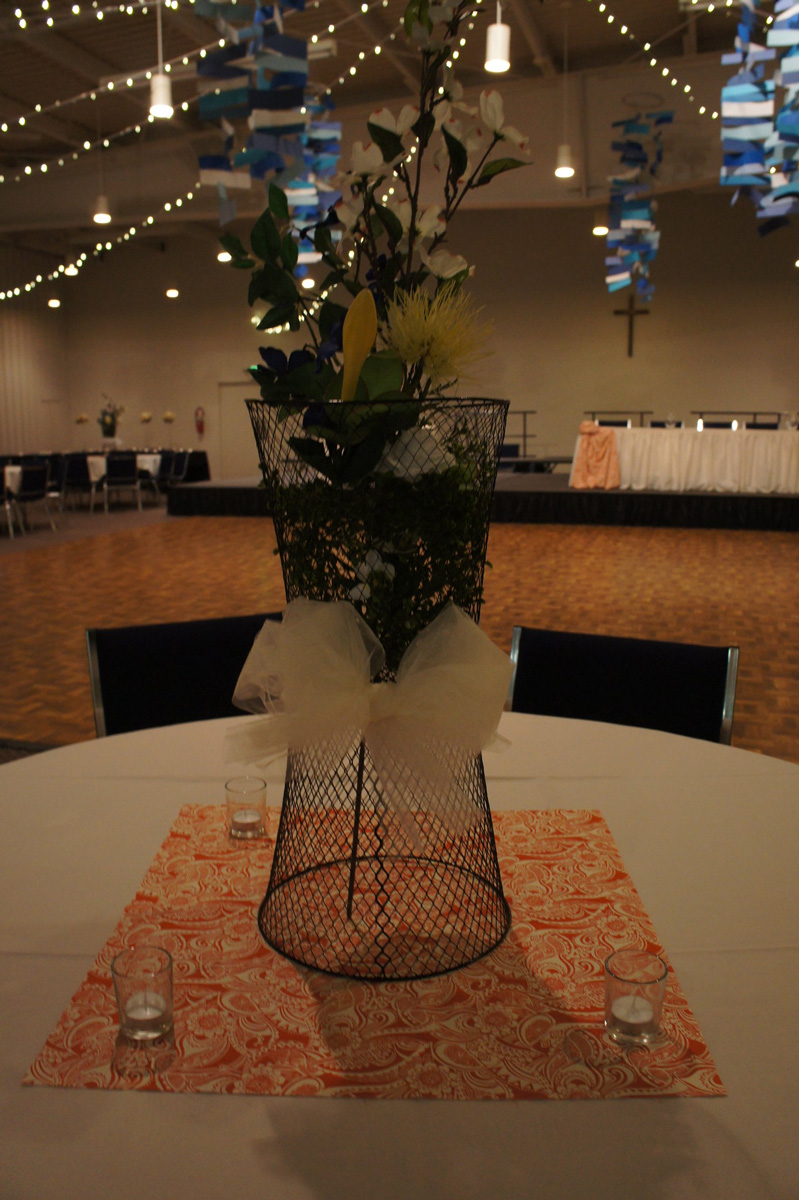 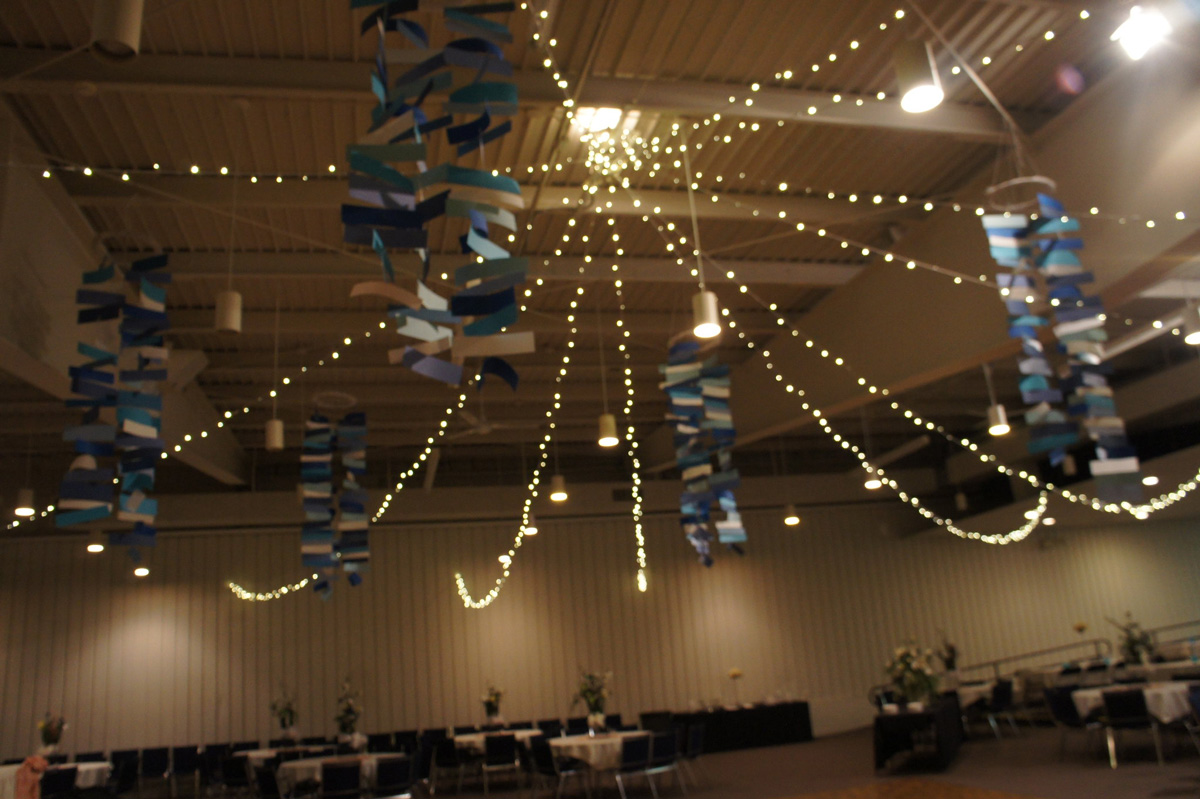