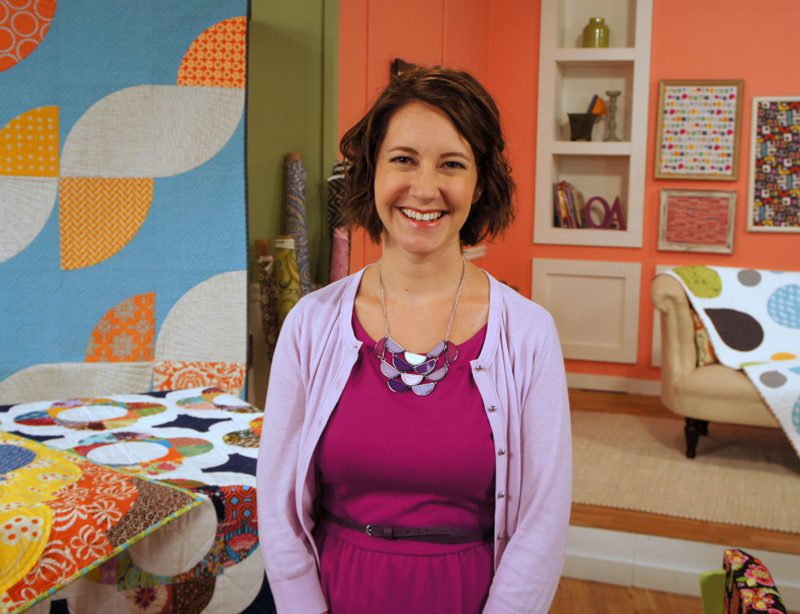 So if you caught my last post, you know that I recently had an epic quilting week that I keep describing in my head as the “what the what?!” week.  Because it was hard to take it all in and just roll with everything. Today I want to share with you my experience filming with Quilting Arts for their show on PBS as well as filming my own DVD (both of which will be available in January).

See what I mean?  What the what?!  I’m FILMING?  Surreal.  Bizarre.  And actually pretty fun…but definitely exhausting. 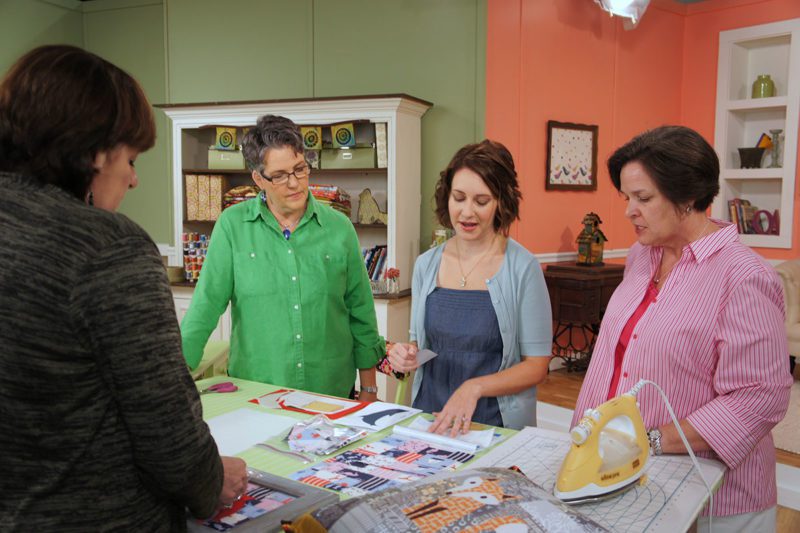 I got in the studio the day before so I could see what the environment was like and set out of all my projects and step outs.  I had a lot to organize.  Plus the show uses Bernina machines and I have only sewn with them a couple of times…so I needed to get familiar with the machine so I didn’t look like an idiot who doesn’t know how to use a sewing machine. lol 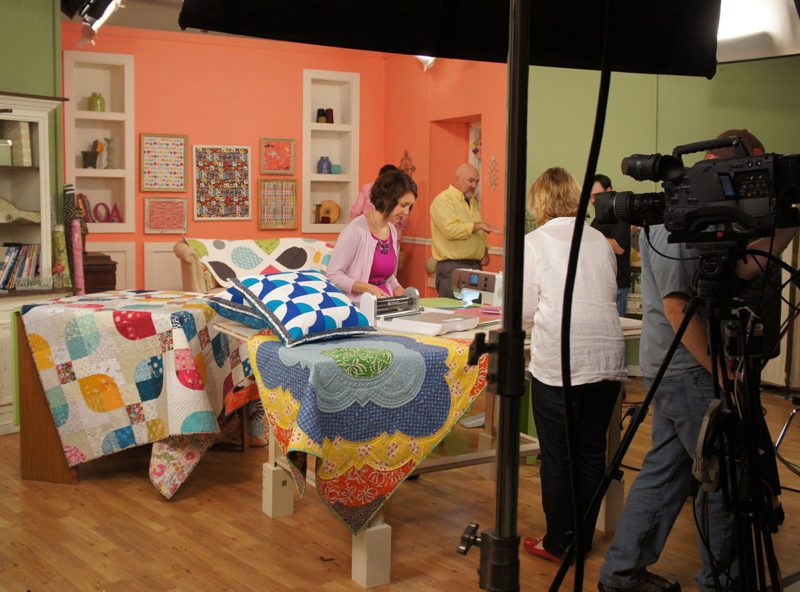 I had to come with three outfits plus an extra in case something happened to one or they didn’t like how it looked on camera.  There were all kinds of restrictions about color etc on what I could wear based on how the camera picks up the colors.  It was definitely an interesting thing to work around…some shopping was necessary.  Too bad there wasn’t a sponsor for the clothing like they have on news shows. 😉 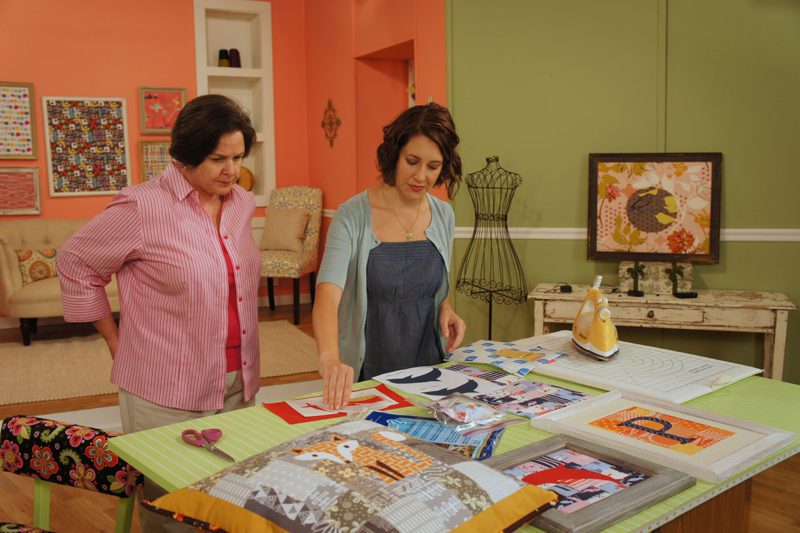 The TV show is hosted by the lovely Susan Brubaker Knapp and she made it super easy to go through the two segments that I did with her.  I filmed with her first thing in the morning.  And I’m just thankful that she had an earlier makeup time than I did so I could get a little more sleep.  But it was quite fun getting my makeup done professionally.  I’ve never had anyone else do my makeup actually…not even for my wedding.  And they use special makeup for Hi Def TV.  People!  Why do you need to see me in Hi Def?  I have sudden shared sympathy for all the people who work on camera. 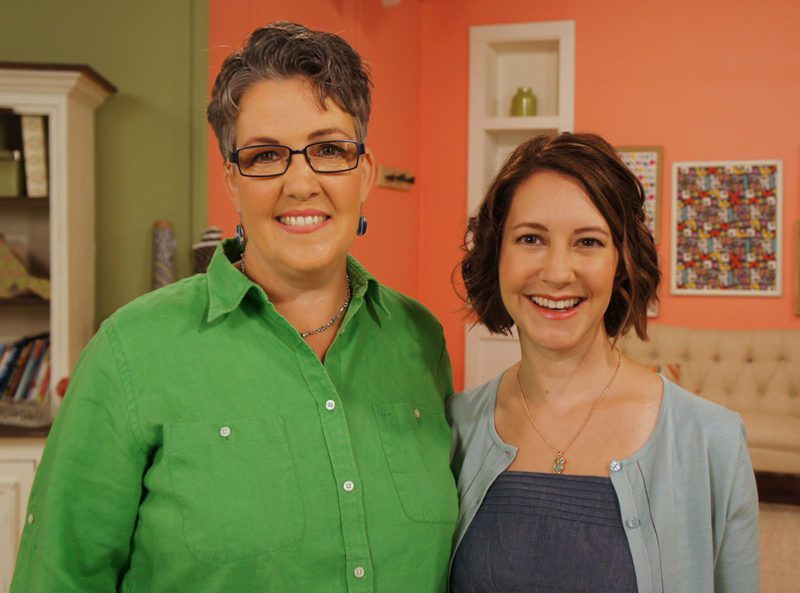 And then I had to wait through two other lovely fabric artists while they filmed their segments with Susan before the crew and staff were all ready for me.  Just me.  And three camera men in a dark silent room.  Talking and talking and talking for 3 hours or so off the top of my head (no teleprompter for me) about my topics.  It was definitely interesting to stay energetic and composed, try not to stumble over my words too much, and manage to look into the right camera at the right time.  I hope it all turned out.  I have NO idea.  really. 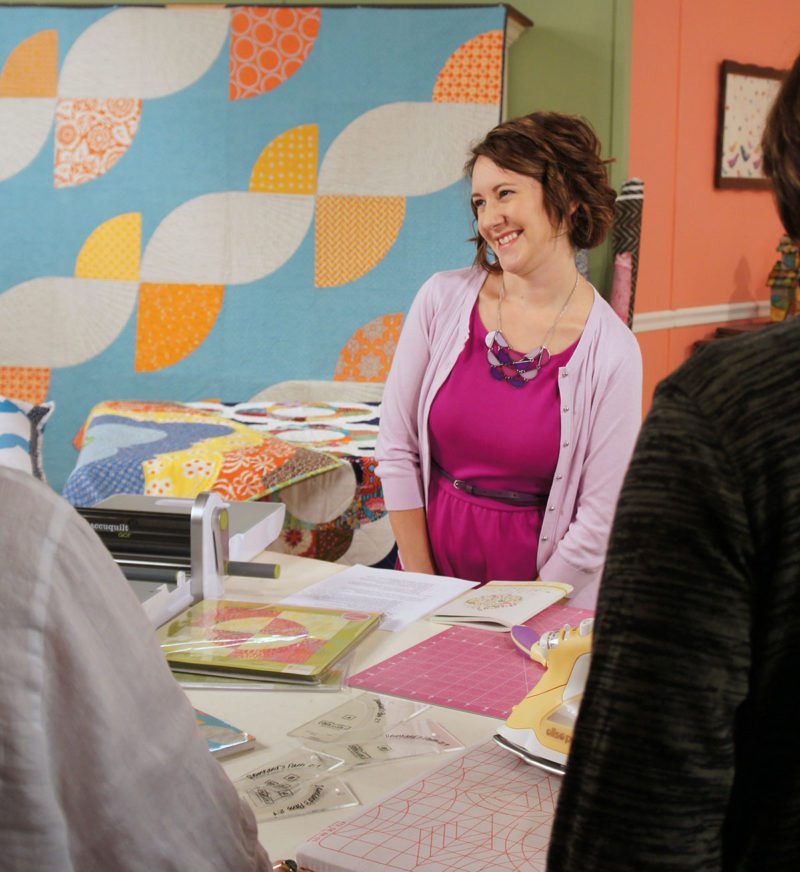 We would break down between chapters of filming and bring out the supplies for the next segment and clean up from the previous one.  And I would go over everything with the producer and staff.  And then try to remember what the heck I was planning on saying when everyone left the room and again it was just me. and the camera crew. in the dark. 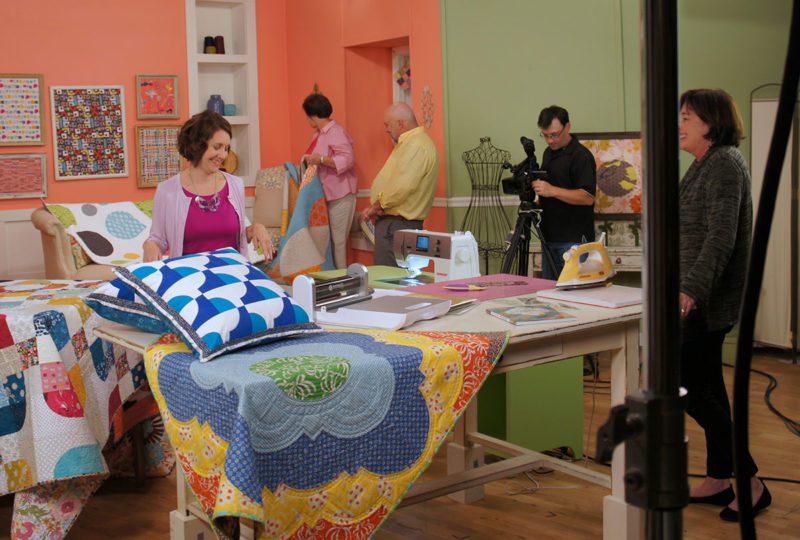 I did have some pretty funny moments with the sound guy.  I hadn’t thought to much about it before I got there, but you need to wear a microphone during all of your taping.  And with each outfit, you get it replaced because obviously you have a different outfit on.  So I got pretty familiar with the sound guy.  Or let’s say he got pretty familiar with me. 😉 Everything was very professional of course, but I needed a number of adjustments during the 3 hour filming in the afternoon.  Eventually I would see him coming and just wink and say “oh YOU again”.  I told him at the end that he owed me a cocktail! 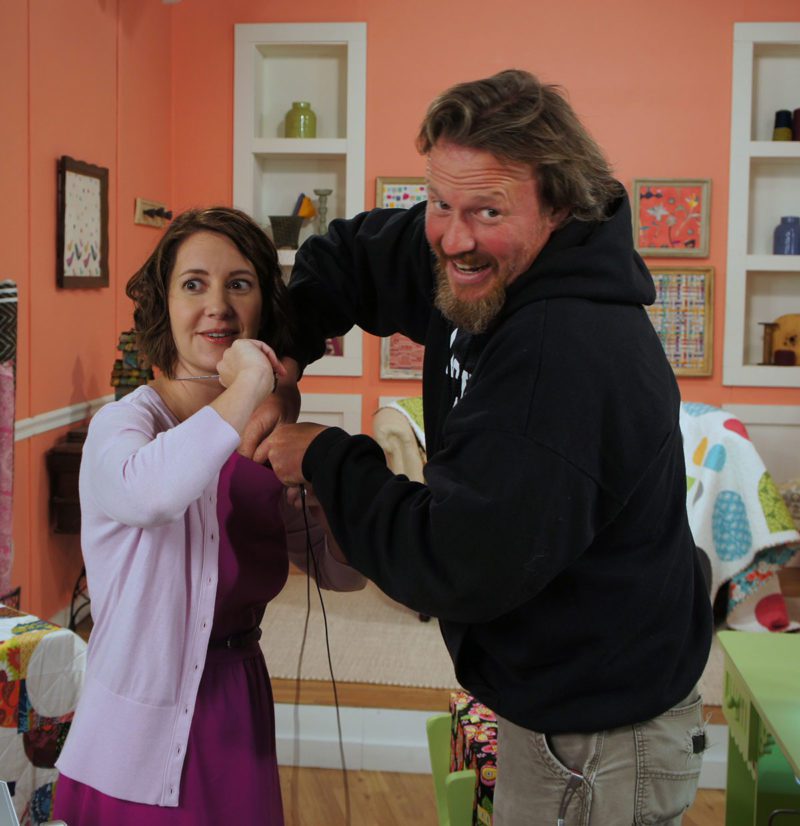 What a whirlwind of a day!  It tested out new and old skills for me.  I’ve never been filmed like this before and I was certainly jumping in the deep end.  One of the crew told me that I could check this off my bucket list.  And I laughed because honestly I never had even THOUGHT of doing this.  It’s amazing and wonderful, but not even my world of possibilities.  But yeah…I guess it’s check off my bucket list now. 😉 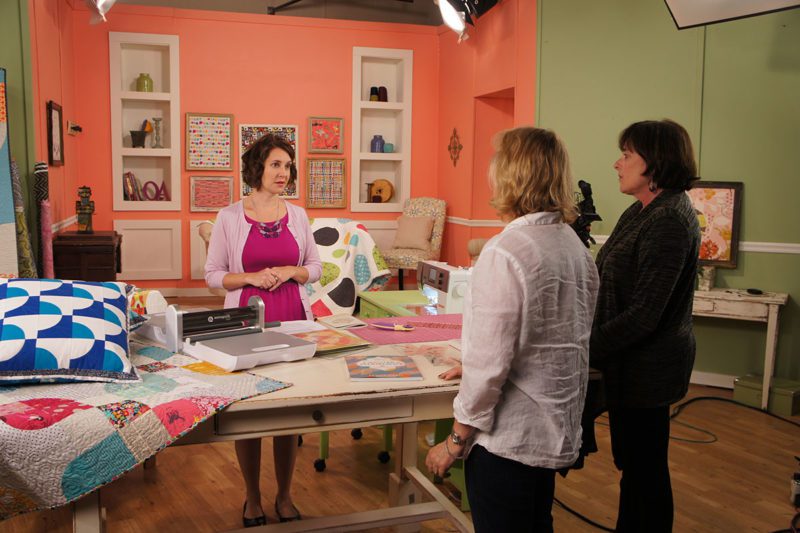