I know that it has been a few months since I’ve been able to update my newly started blog. Oh the best laid plans…. For those who don’t know and happen to care, my husband and I have been blessed learn that we are expecting a little one come Christmas. This has been a long held dream of ours and we’re thrilled. The one less than thrilling aspect has been the amount of morning sickness I’ve had. It has been pervasive and ever present the last three months. Sadly it kept me from my sewing machine for over 2.5 months! I didn’t know what to do! All my beautiful projects were put on hold.

I’ve finally motivated myself to work a little bit at a time on my most pressing projects despite continued sickness. Oh well. So I’m not as efficient as I used to be. I’m sure that this is God’s way of preparing me for life with an infant. I know that I won’t be able to get as much sewing done in the future as I have been able to the past few years. But what trade off!

The first thing I got to work on was a row for my row robin quilt swap. Our group has had some hiccups anyway with shipping and members dropping out…so at least I know I wasn’t holding up the process too much. But I still like to finish my projects promptly. This was a row for an underground railroad quilt. 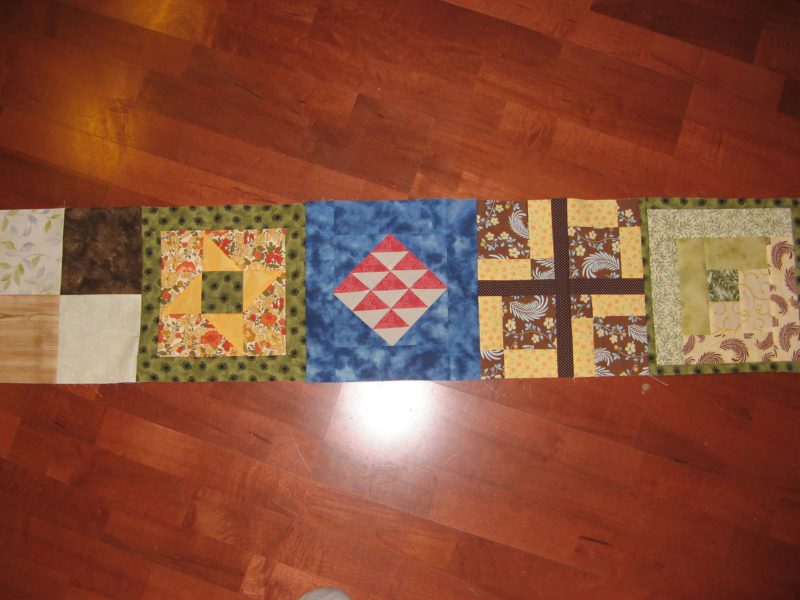 I like the concept of this quilt, but in actuality I had a lot of difficulty with it. Part of my problems were I’m sure that I hadn’t been sewing for a while. But other difficulties I had were with the fabric and color choices of the other rows and the dimensions of the blocks. I was too sick to go out and purchase new fabric for this quilt row and I had a difficult time finding the appropriate kinds of fabric to match the other two completed rows. Hopefully what I found will work overall with all the rows. 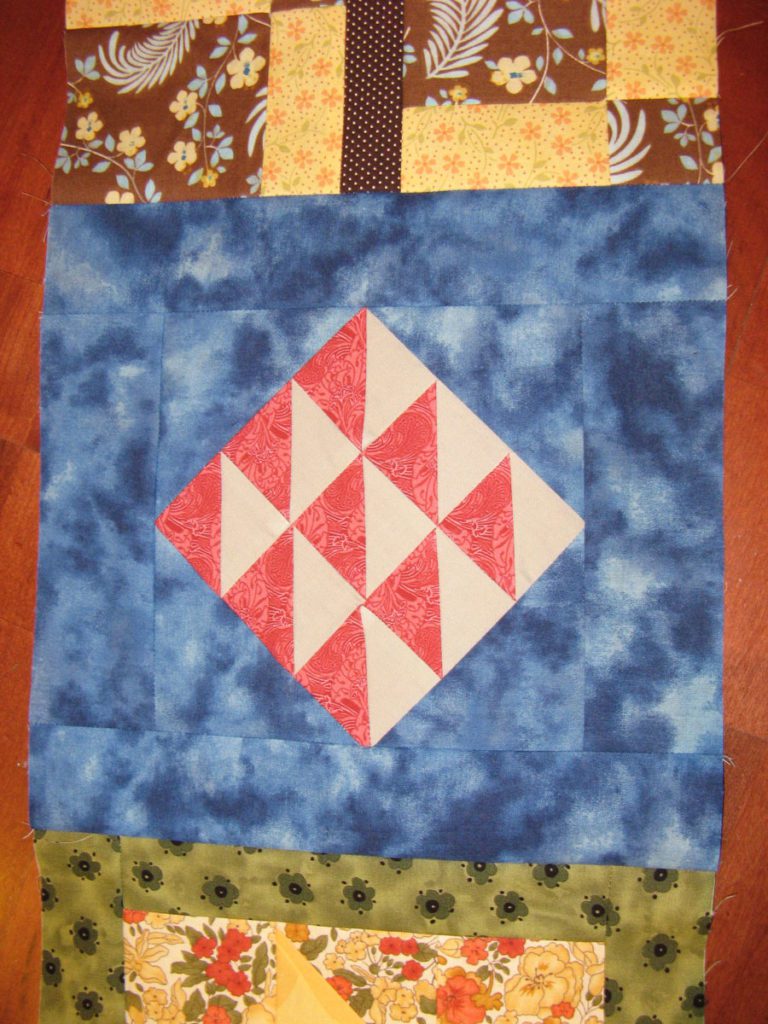 I also struggled with the dimensions needed for the row. Each block needed to be 10.5 inches square. I couldn’t find any patterns that gave a block that size, so I ended up creating all the patterns by hand. It just added to my frustration…but in the end I’m sure that I’m a better quilter because of it. I just didn’t have the energy to be excited at the opportunity to figure all the blocks out. Pregnancy brain! 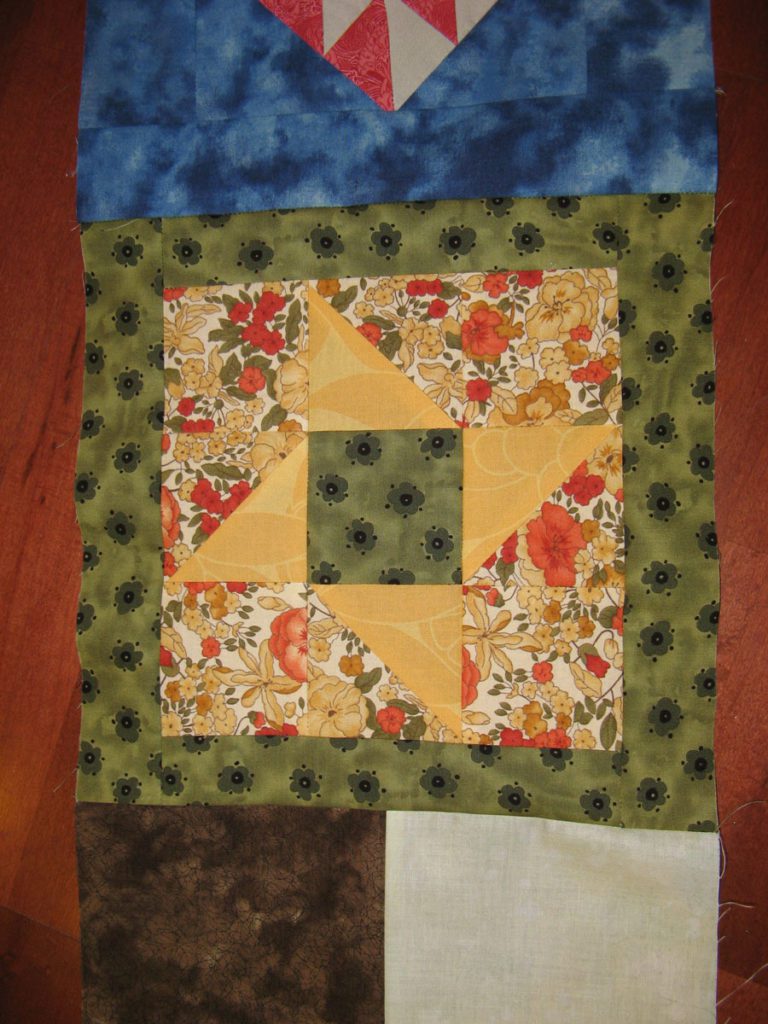 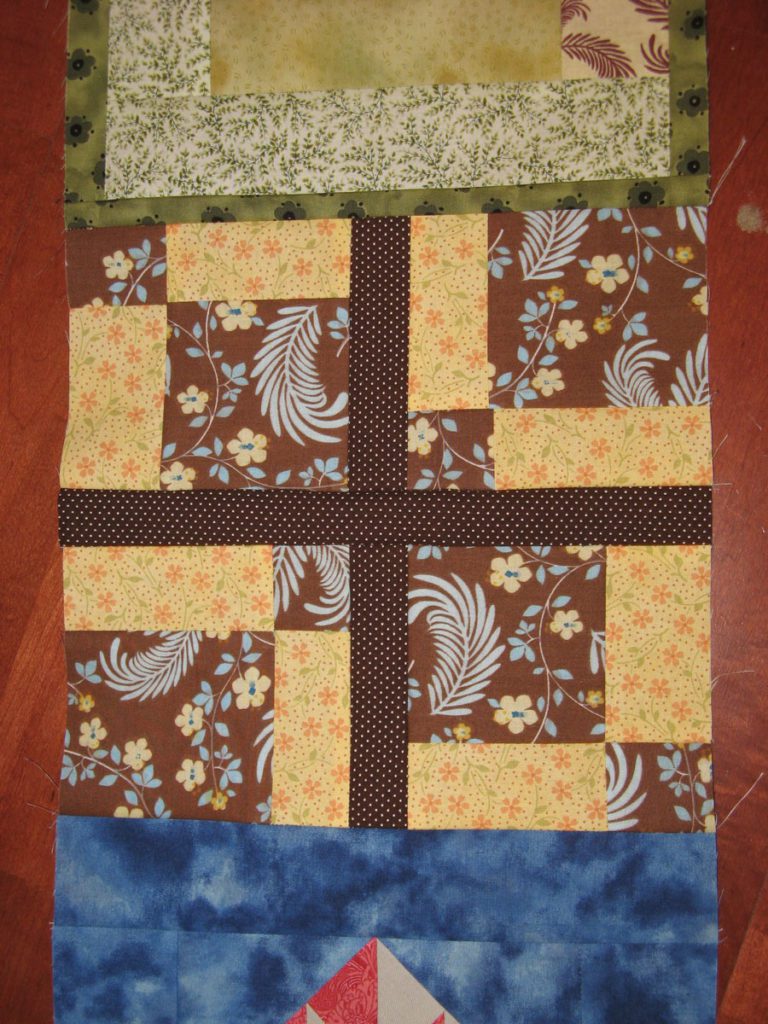 The second task I attacked was for a new swap group that I joined called Bee Modern. I’m liking this group a lot. There are so many talented women and over achievers. It’s great! 🙂 I really like that we are sent the fabric directly because I feel much more confident that everyone will like the blocks they receive.

The first block was for the month of June…so yeah…I was a little behind. But Nichole was very sweet about it and said that it was alright, so here it is. Better late than never. She wanted a rectangular wonky log cabin block out of the white and navy fabrics. The navy fabric needed to be on the outside and it all ended up with a bird applique. I’m pretty pleased with how it all turned out. Now I just have to tackle the July month blocks! 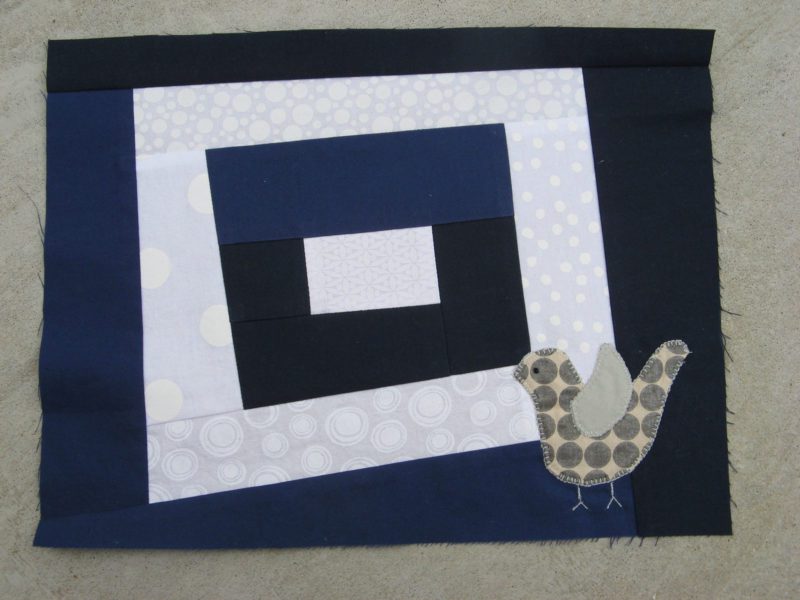 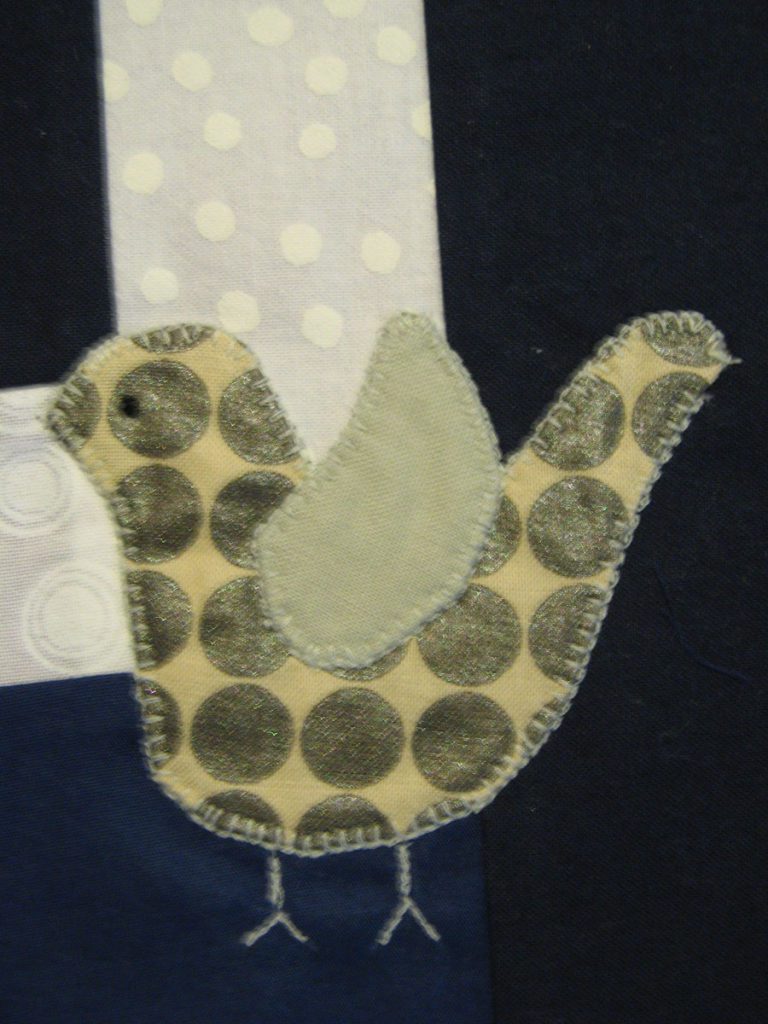 2 thoughts on “A little bit at a time”