So I have been working away, but I’m tackling lots of projects and ideas at once, so progress in anyone looks a bit slow to me.  But my design wall is COVERED with fabric right now for so many things.  Here’s a little glimpse. 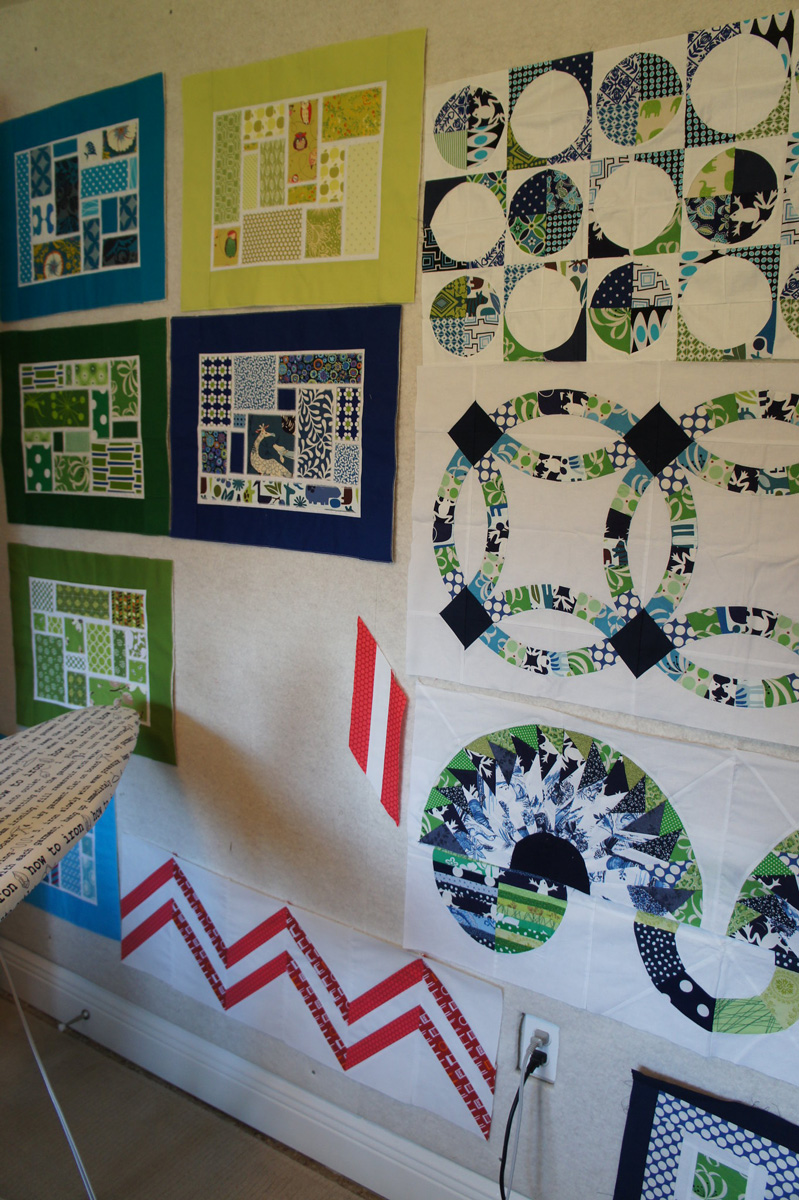 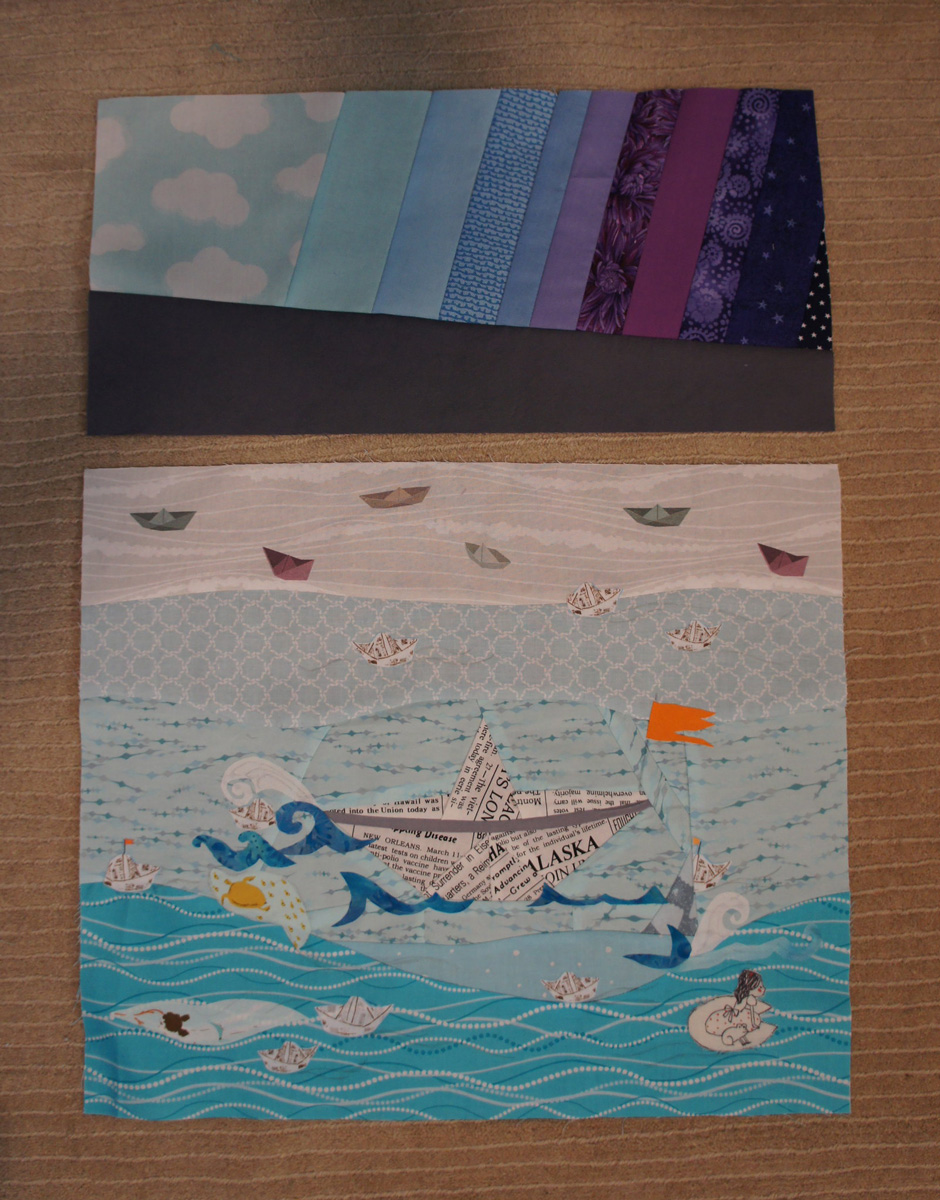 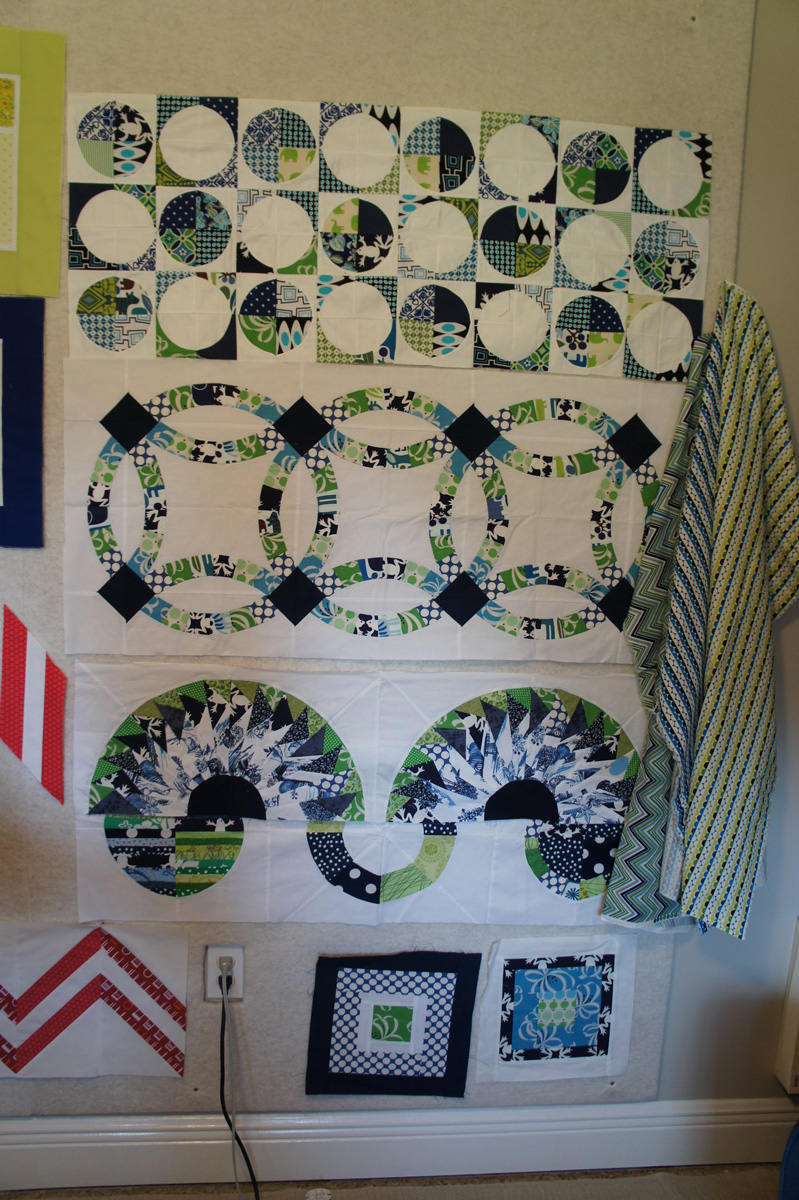 Well, that is my second oldest project that I have hanging around in my sewing room just waiting to be completed.  It is all from my very first swap, a row robin swap from about 3 years ago or so.  Maybe 4.  I have very mixed feelings about this swap which is partially why I have never finished it.  But I’m going to let those go and tackle this again. 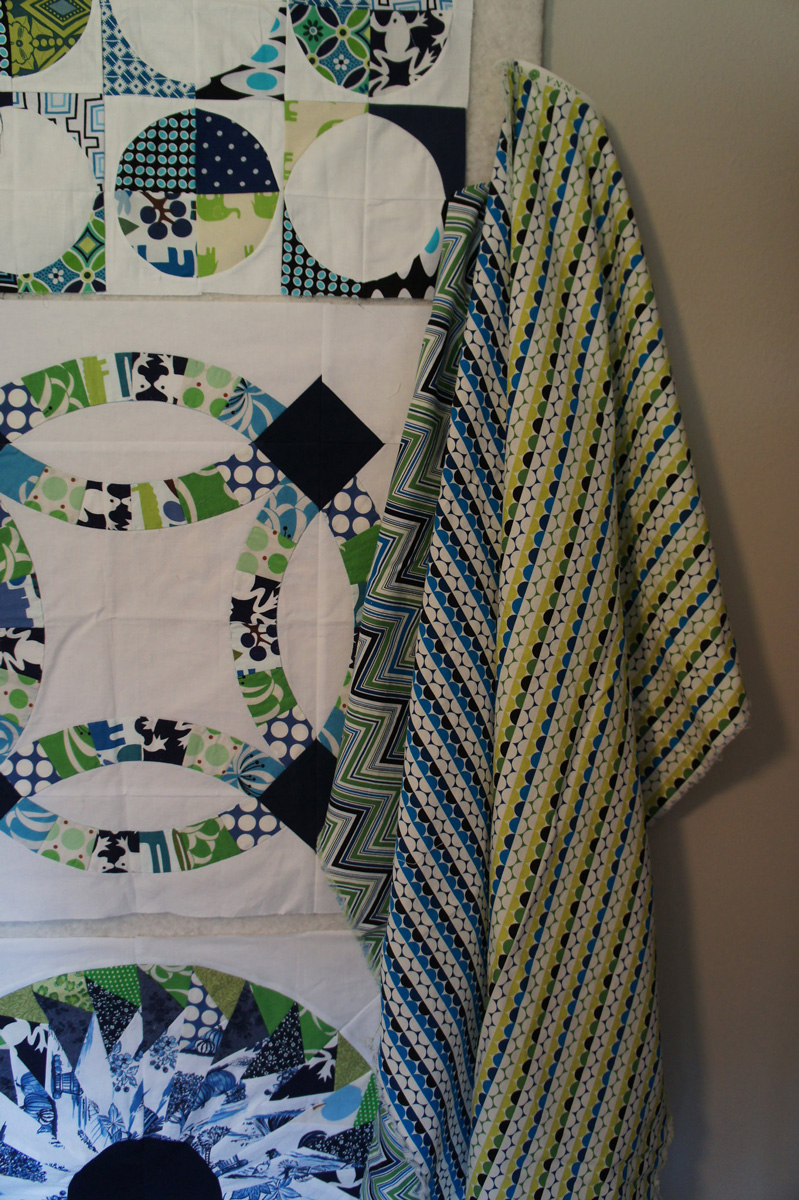 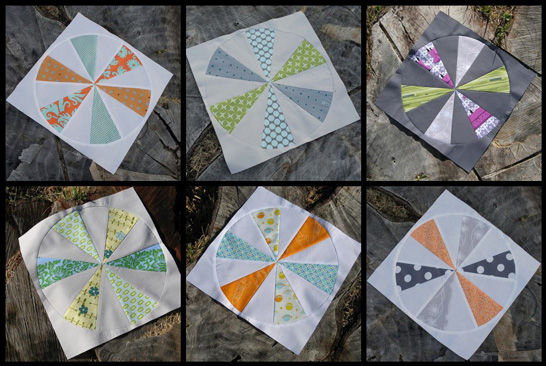 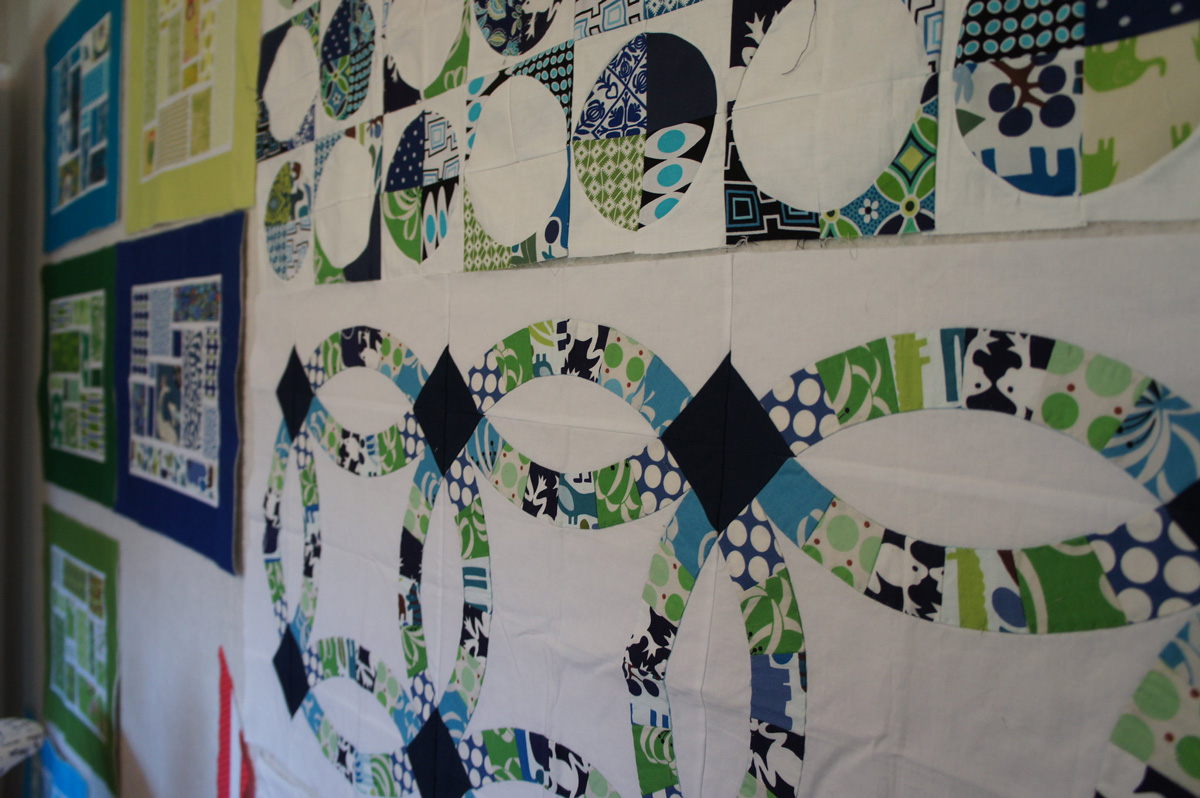