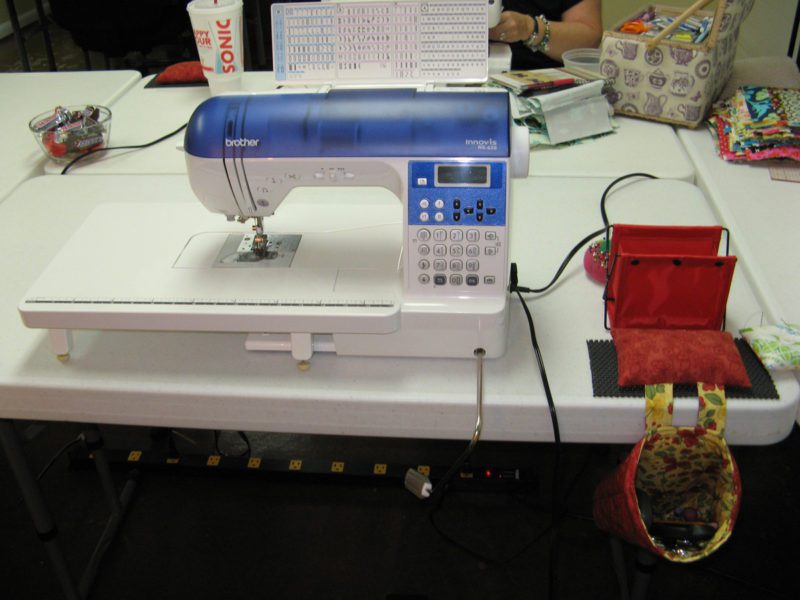 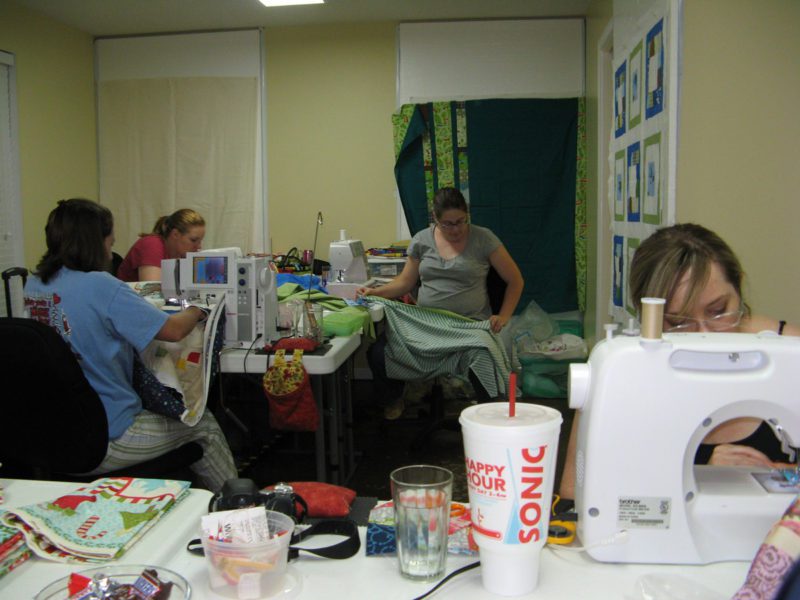 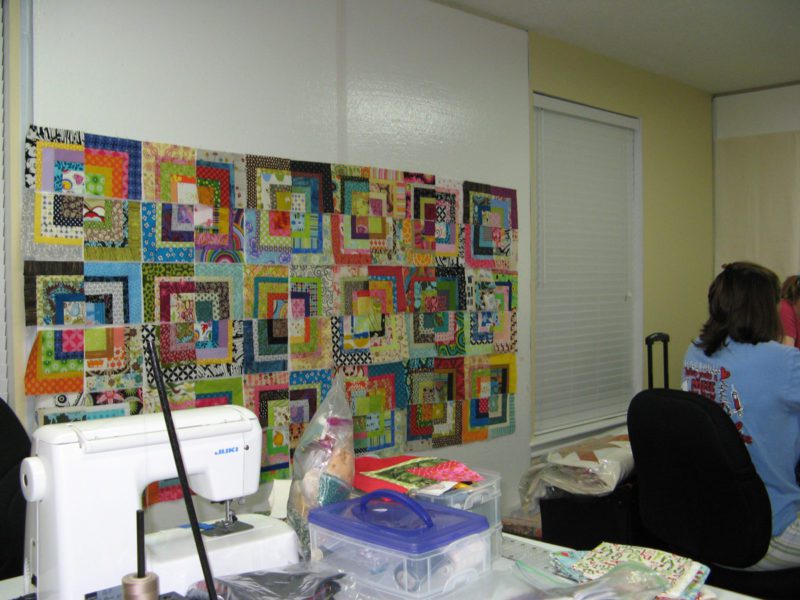 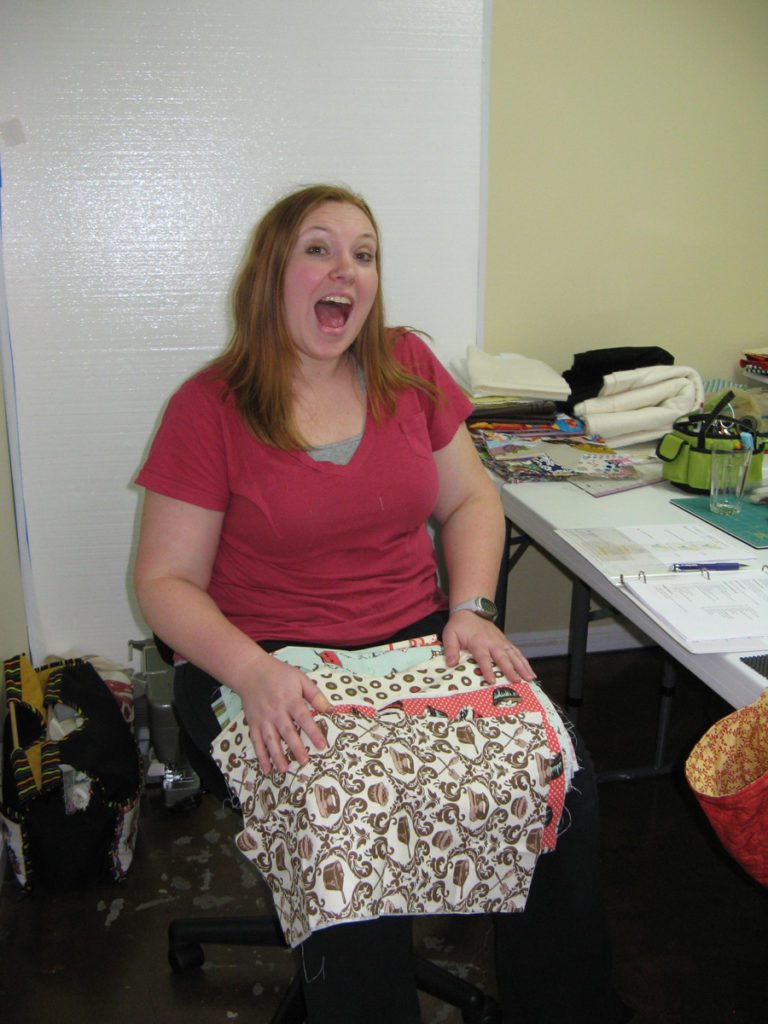 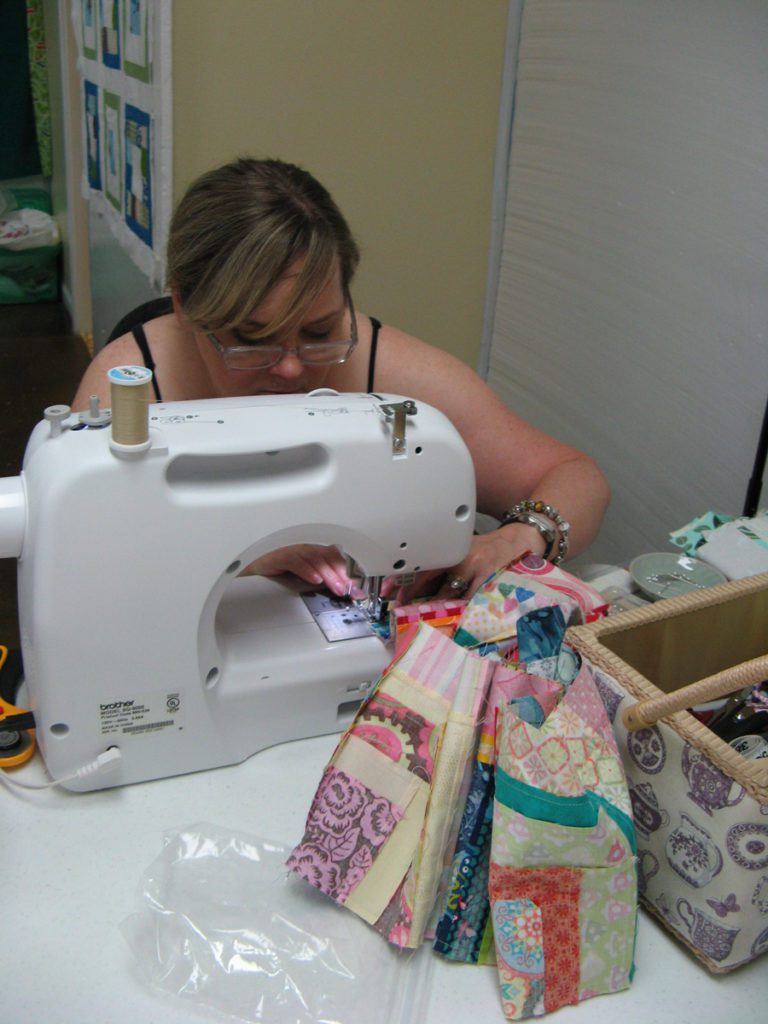 Karen’s so shy I could never get her to pose for anything. ::cough::

Here she is wrapped up in her table topper made from darling sheer witch fabric edged with crazy black trim. 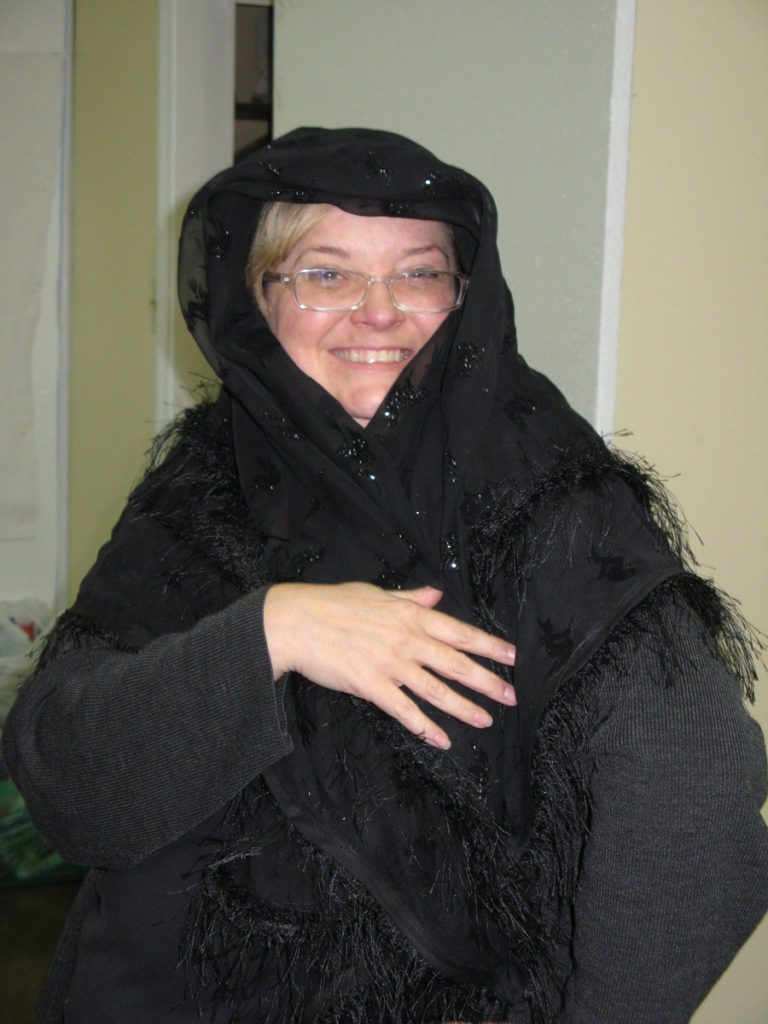