Well, I did manage to get a little bit of sewing done…but I’ve also been pulling fabrics from my stash for all of these quilt alongs.

First up, I am doing Rachel’s Bottled Rainbows Quilt along (link in my sidebar).  This is a ticker tape quilt as you go rainbow block quilt.  How’s that for a mouthful?  Rachel promised us an easy-going pace for those of us who are already over-committed but cannot resist the draw of using our pretty scraps!  I have a bunch of scraps, so I’m going to see how much of this quilt I can do completely from my scraps. 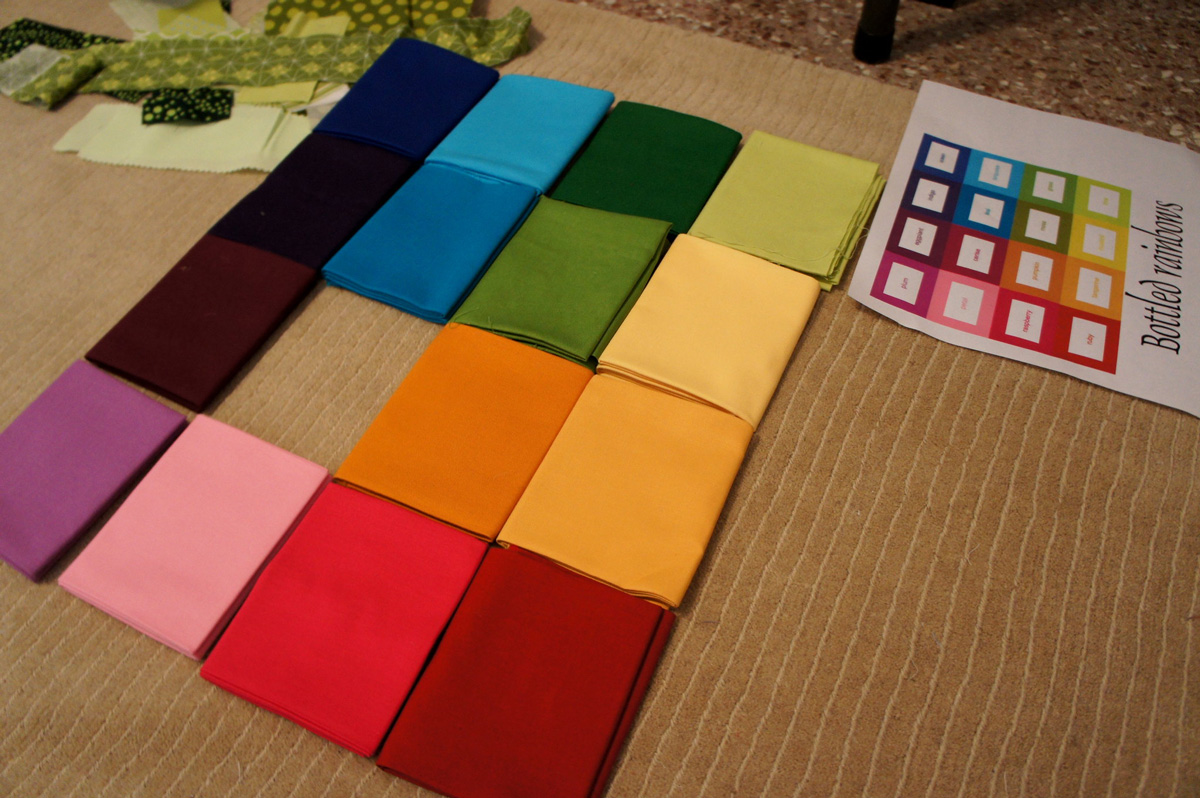 In the meantime, here’s a sneak peek at the fabrics that I think I will be using for it.  I’m pulling from my stash again. Remember, if you hate rainbows, this pattern can be done in any combination of fabrics! 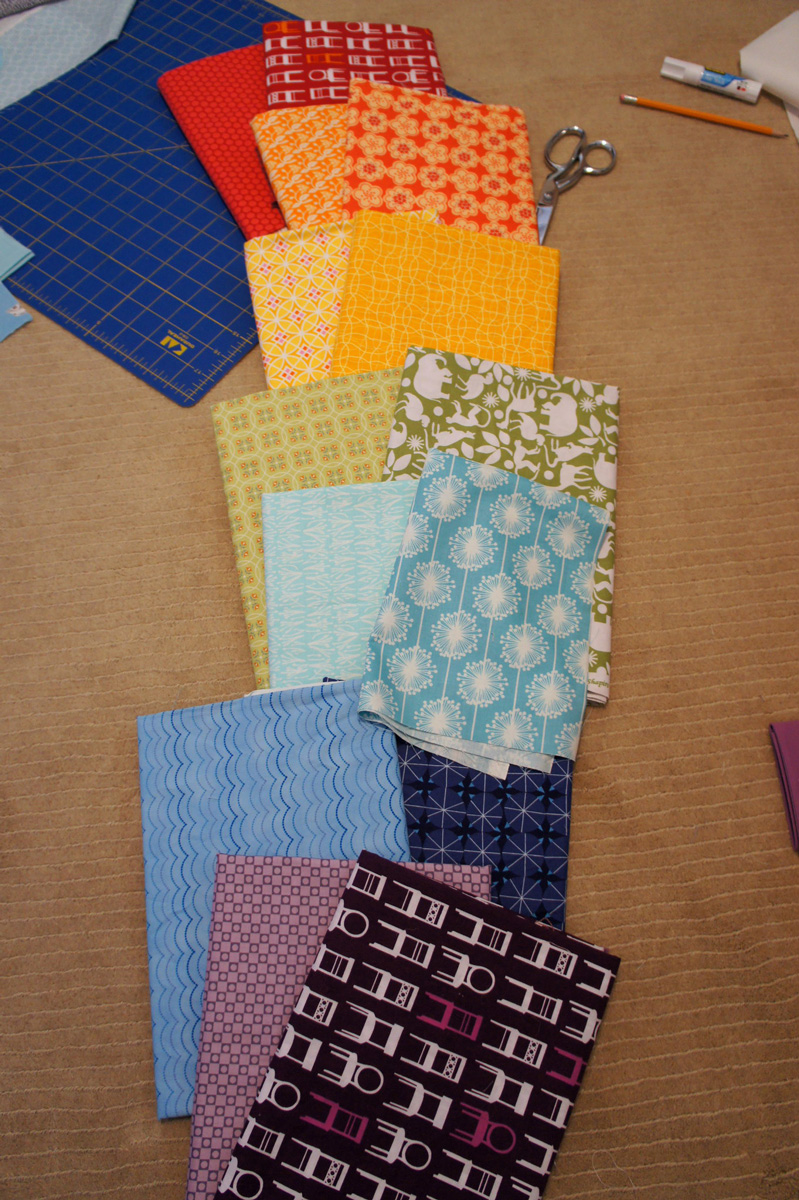 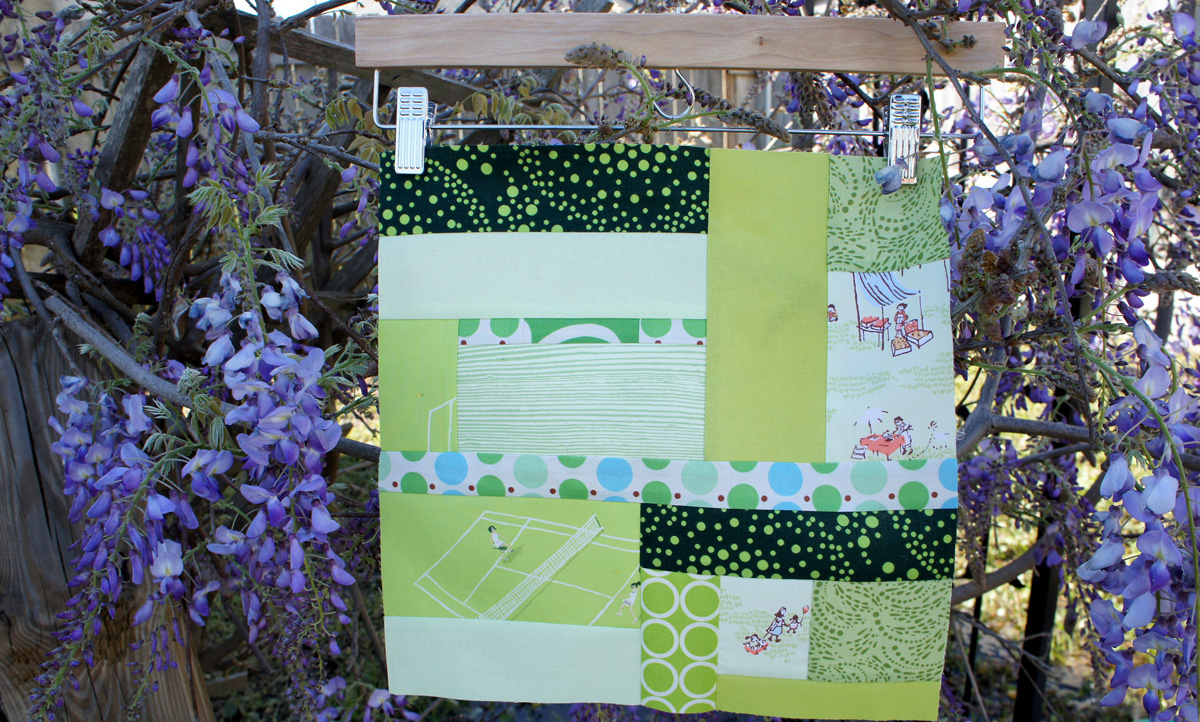 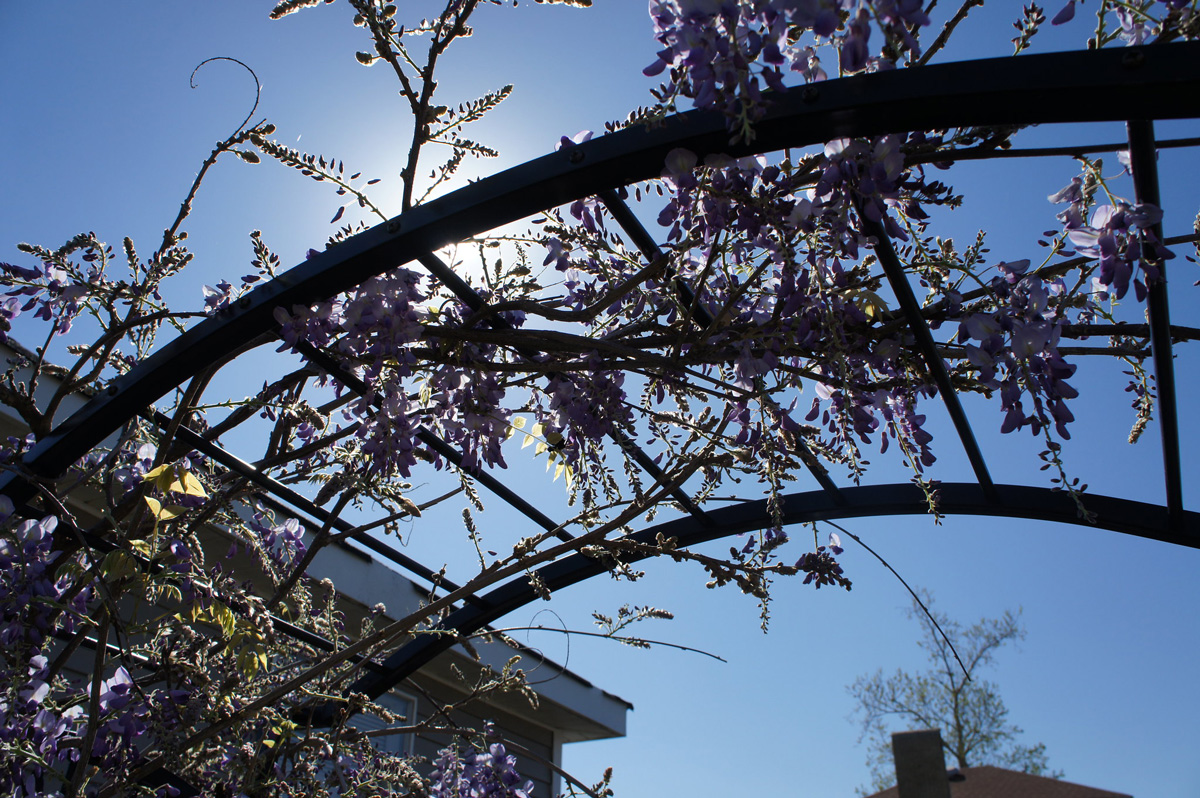 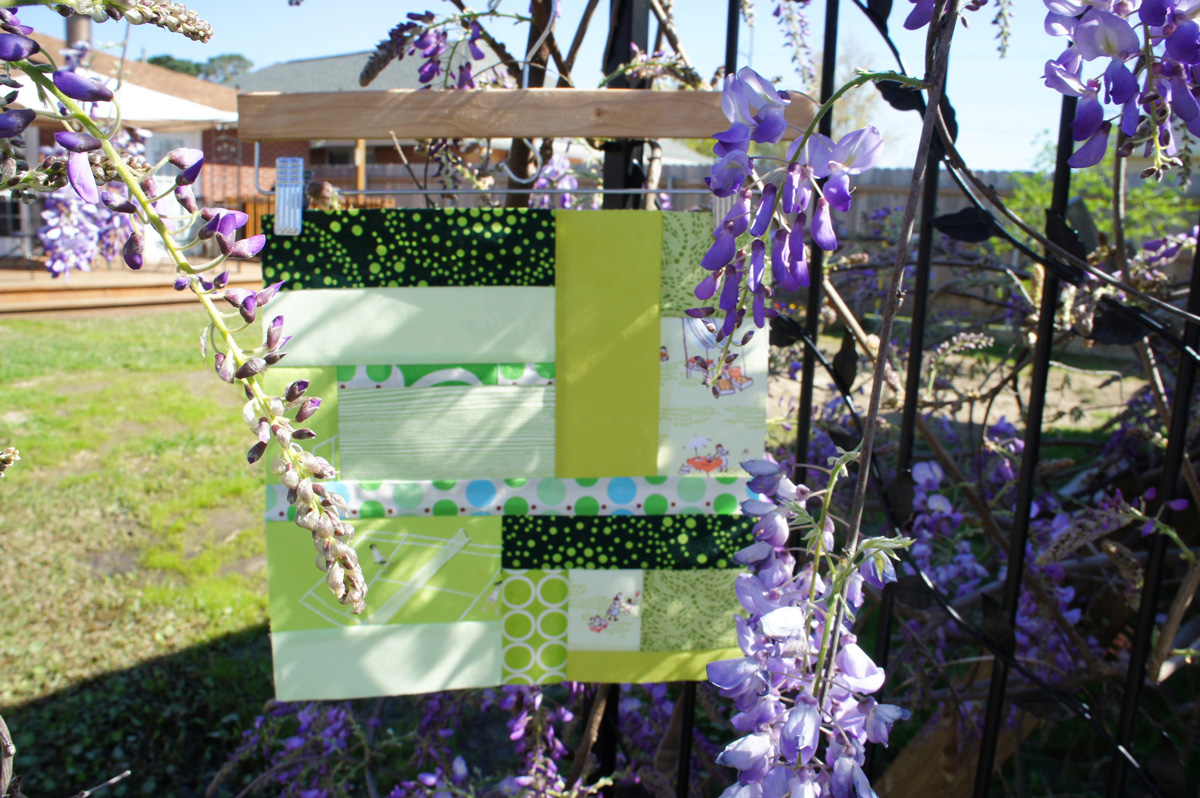 Of course, the wisteria happens to be in the mushiest part of our backyard right now…so this is the real story of what it took to get these pictures. 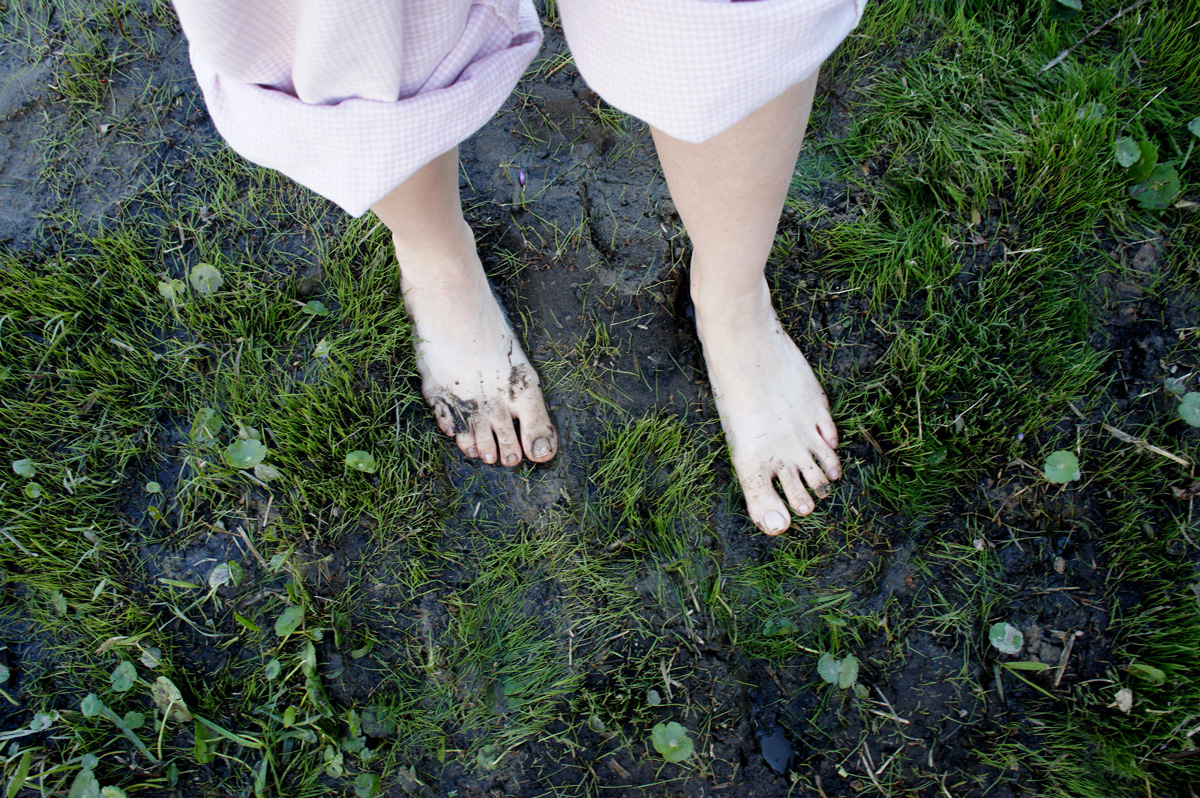 And what you don’t see is all the bumblebees that were buzzing around me trying to get at the wisteria nectar. lol. This is why sometimes we just take photos indoors. 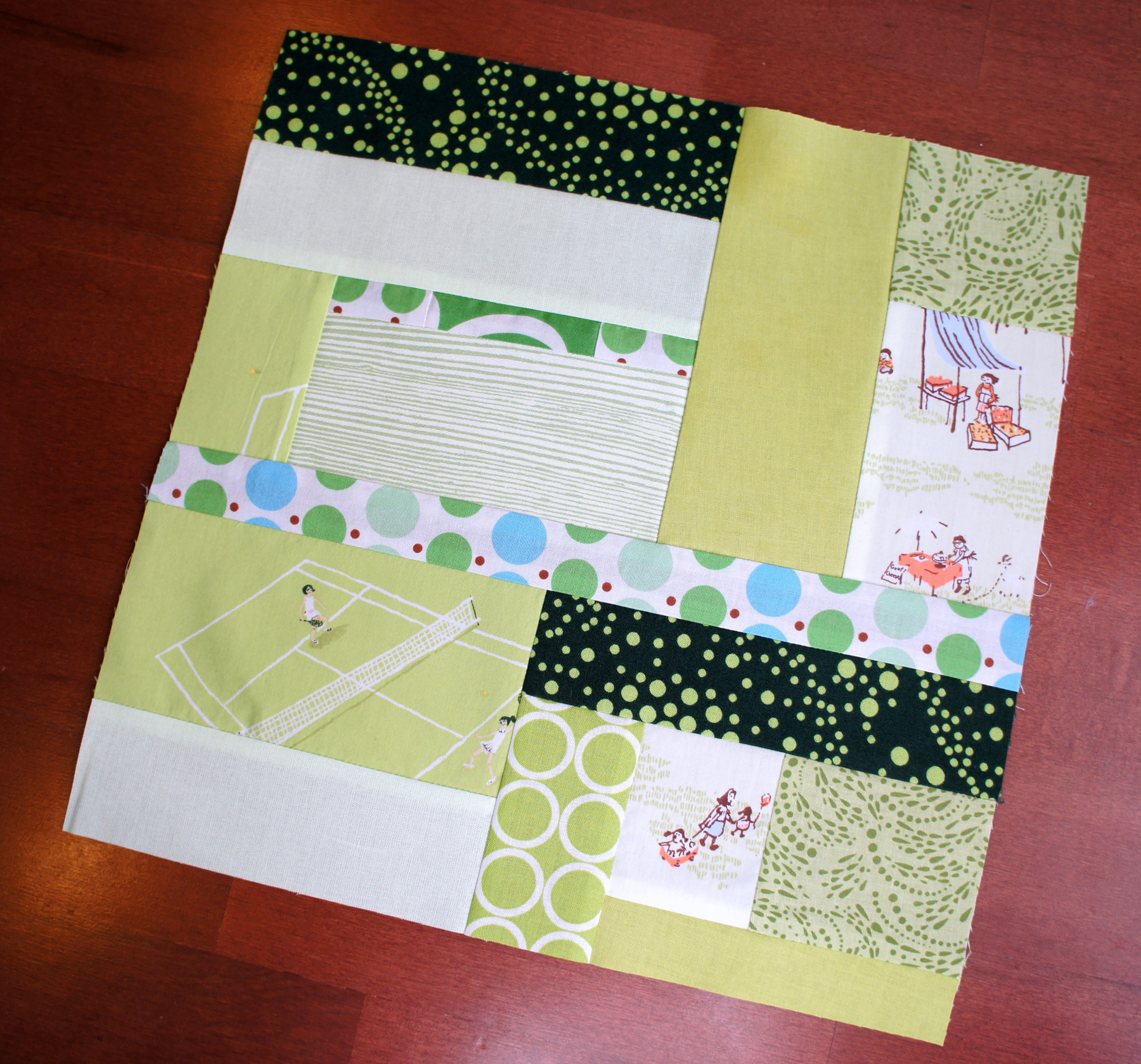