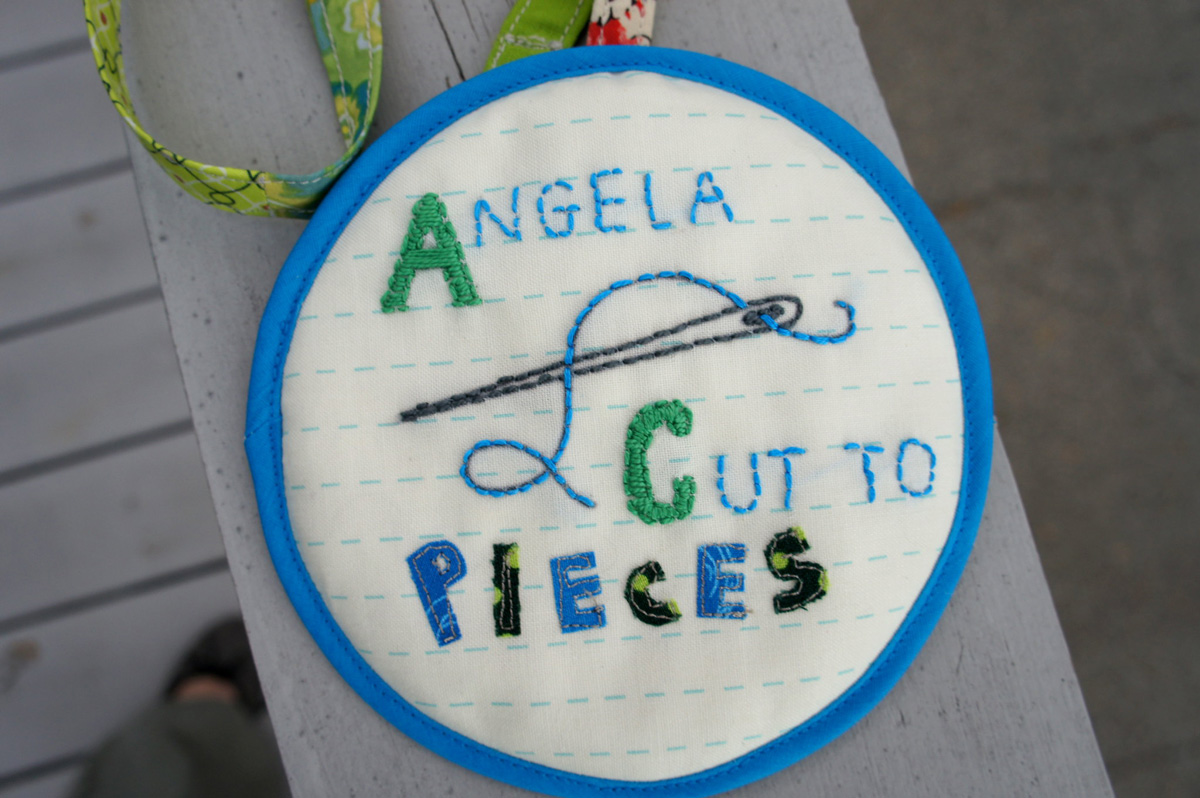 As you can see, I have attempted embroidery again. I’m happier with this attempt (which isn’t too surprising because this is definitely a craft which is easier with more practice). I did buy myself a little laminated foldout of basic embroidery stitches which I constantly referred to as I worked on this. I only used a backstitch and a basic filler stitch. One thing at a time. 😉 I also realized that I don’t need to make everything harder for myself and found the beauty of iron-on embroidery patterns. Genius! lol. 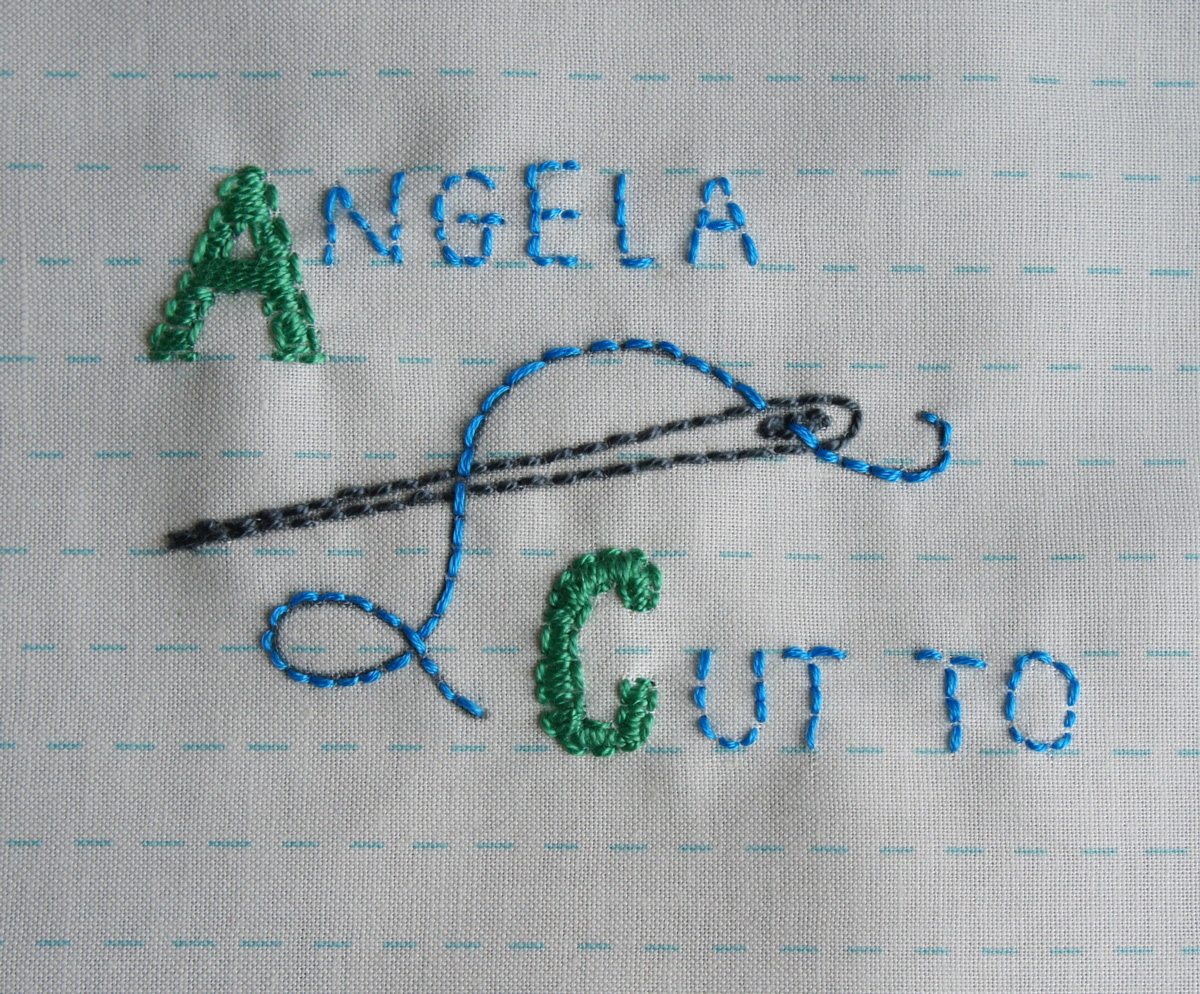 The needle and thread are from an iron-on pattern that I was able to follow, but I did still freehand the letters. You might notice that I even helped myself out with that a bit by using the fabric I did….basically practicing handwriting.

I also did a little raw edge applique for the “pieces” part of the name tag. The way the layout turned out sort of prompted the round size of the name tag. And yes, I realize that it looks sort of like an Olympic medal. Especially with the lanyard I made. 😉 I made it to hang around my neck with a clasp. And I used a plastic cross stitch round piece as a stabilizer for the whole thing. 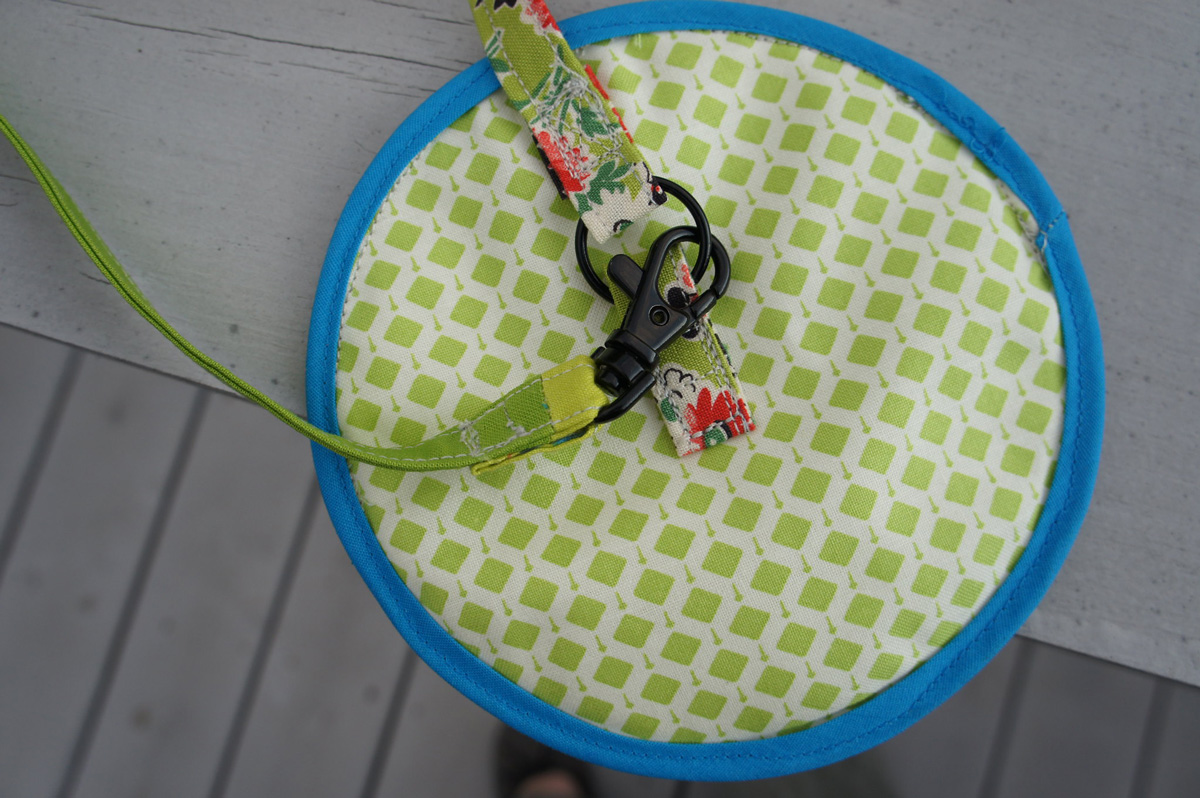 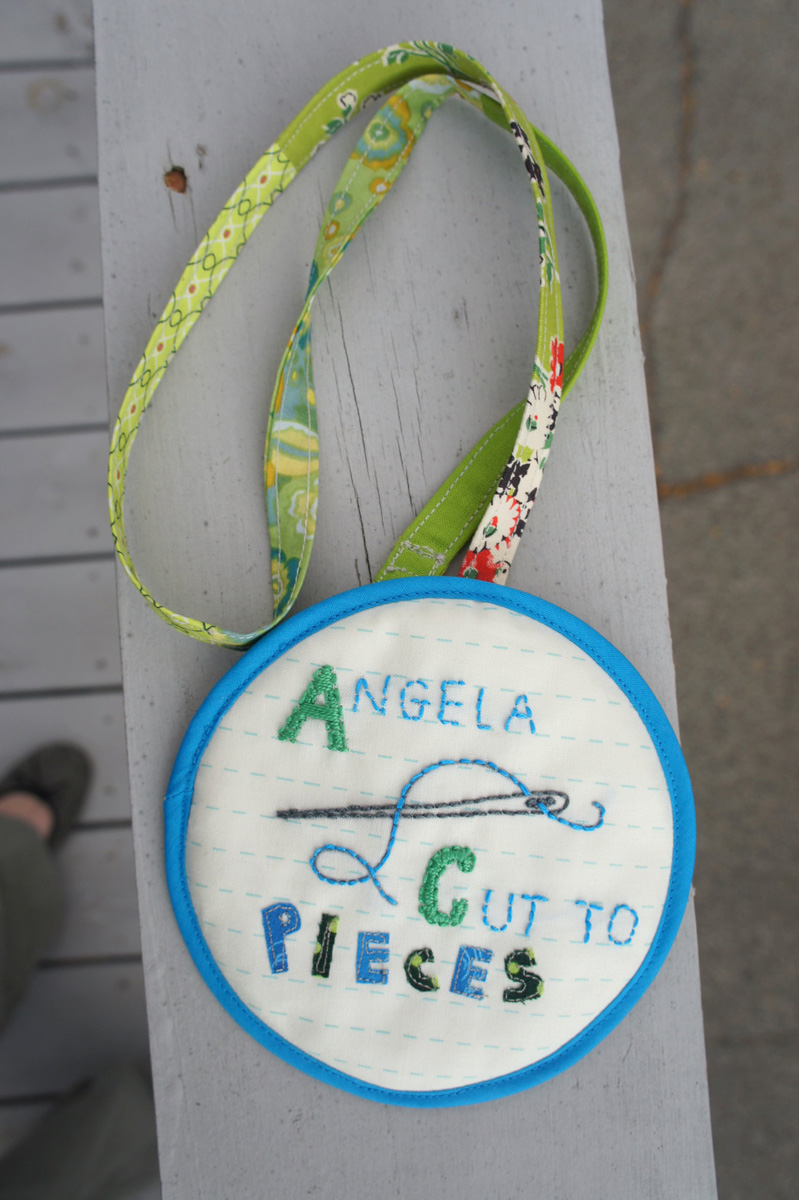 And I bet you think that I’ve forgotten all about my zig-zag quilt along but I have not! I have the top complete and the back complete. I hoped to get it all basted and quilted before I leave for Utah, but I need to be realistic. It may happen and it may not. But it WILL be pretty! 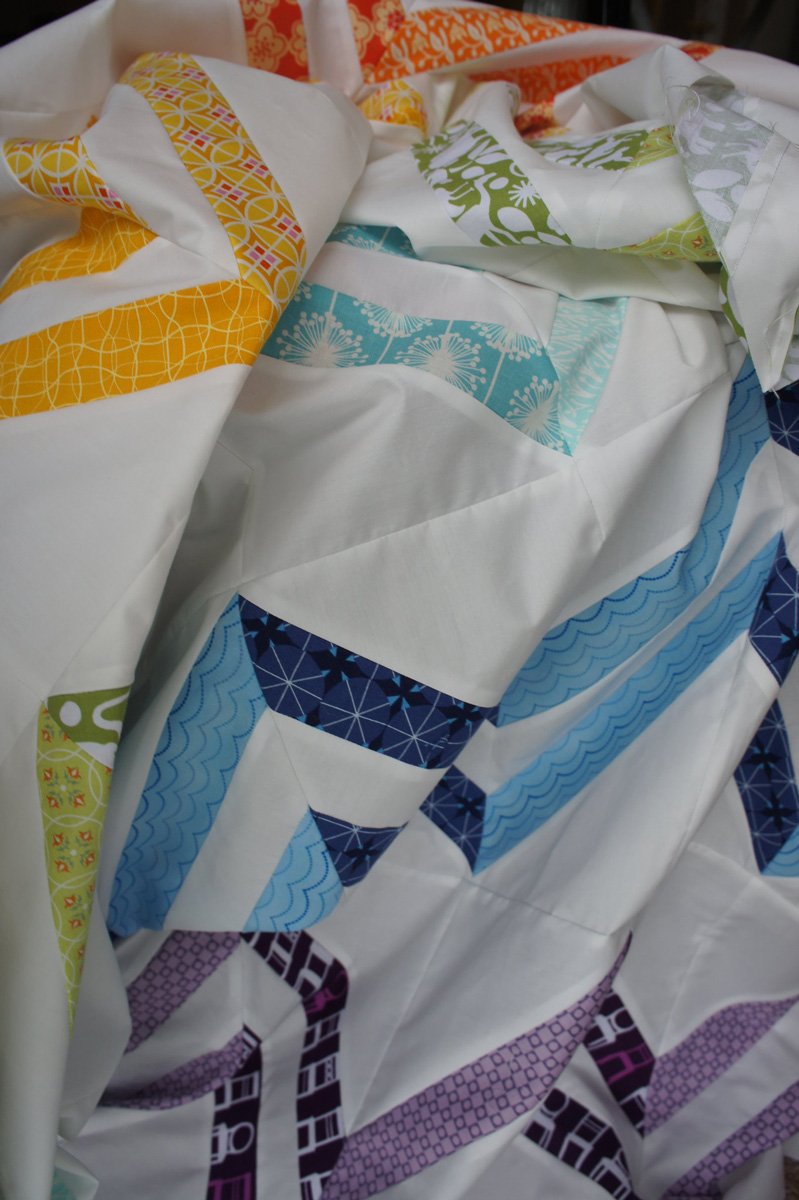